A cleanse should help you cherish the glory of a healthy body. But what if it just makes you fixate on the toxins you can’t quite rid yourself of? 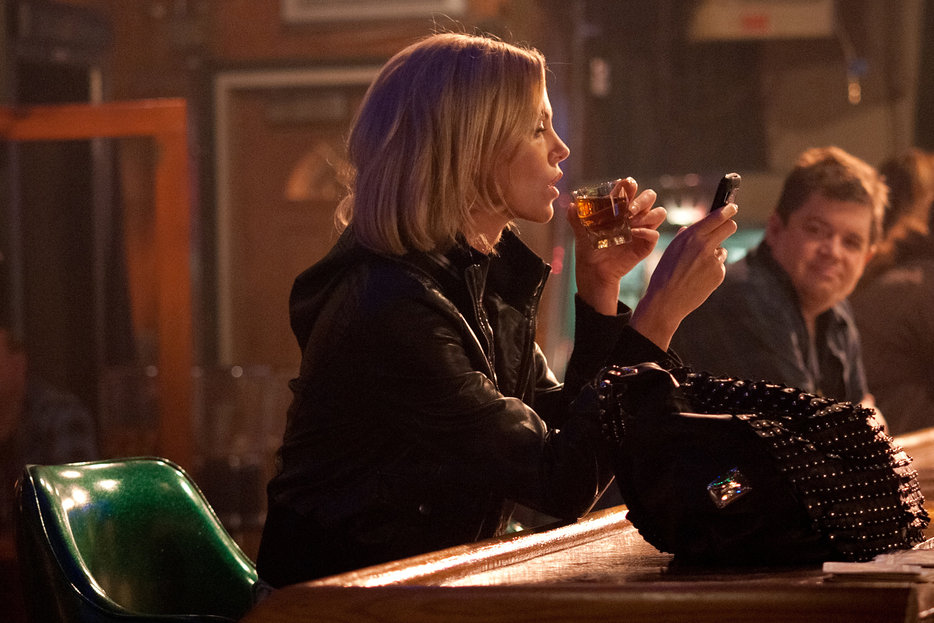 Few people are more worthy of your scorn than the one who announces on the first day of a new month, with near-sociopathic conviction, “I AM DOING A CLEANSE.” I became this specific type of asshole a few weeks ago: I have an international trip booked for the first two weeks of February, and I’m going to a region of the world where beers are 40 cents a pop and you can still smoke indoors, so I figured I’d give my liver a head start by avoiding alcohol for January. Just four weeks of sobriety to carry me into 14 days of self-indulgent abuse in the form of what I’ve heard the locals refer to as a Bucket of Joy: ice, Red Bull, Sprite, rum, and whiskey. It is a death wish delivered in a frosty pail, and I am very much looking forward to it.

This break, I thought, would be easy. I don’t drink much during the week anyway, and my weekend drinking is relegated to juuuust enough wine to help me forget about the three times I’ve accidentally sent my editor a furious and deeply intimate Facebook message actually intended for my boyfriend.

Generally, I’m a fun drunk—I don’t cry in public, will probably call every member of your party a “stupid turd” for no reason, and will absolutely rub your head if you are a bald man. Not that I’m often drunk—I just see my weekends as opportunities to fill my belly with legal substances that happen to make my legs feel leaden and my teeth numb. Besides, what’s considered a normal amount of alcohol for a 20-something with a baseline level of childhood trauma? Is it worse if I rim my Tom Collins with a crushed children’s Tylenol? Don’t tell me how to live my life!

Week one went fine, what with all the essential nutrients I was able to draw from my own inflated sense of superiority. “Want a glass of wine?” my boyfriend asked that first Saturday. “No thanks, sweetheart,” I said, giving him a coy smile as I slipped out of my luxurious weekend sweater-smock. “I’m trying to be kind to my body.” He sucked back half the bottle while I nursed a litre of Diet Coke and thought that yes, this would be a good time to go raw vegan.

It’s amazing what you can convince yourself of when you think everyone else is beneath you. I felt great! I wasn’t drinking, which meant I wouldn’t buy a nacho-poutine at 3 a.m., drop it on my kitchen floor, and try to eat it before having to fight the cat for it.

And because I was feeling so great, I thought about Jeff, and how he should have been as good as I was being.

In university, Matthew and I were best friends with Jeff. It was the three of us for those first few years, and we loved Jeff. (Well, Matthew loved Jeff, but I was in love with him, which was worse.) We were 17 and 18 and almost 19 and we snuck into bars and had calamitous parties until sunrise and vomited on every corner of the city. Jeff could drink. Give him three or four and he was loose and fun and would pick me up and spin me around and kiss me on my neck before singing karaoke with Matthew sans karaoke machine. He rolled his own cigarettes (“Here,” he said, placing one between my lips and rubbing my back when I got dumped for the first time at 18) and carried me home when I had too many and refused to get in a cab for no good reason.

But Jeff couldn’t stay at four; he needed to get to 10 or 15 or 20. He would climb onto his roof and threaten to kill himself (we were never sure if he meant it), or scale a fence onto the neighbor’s property and threaten to kill him (we were sure he could). We begged him to stop drinking so much. Maybe go cold turkey. Could it be so hard? I promised him I would marry him if he stopped, and we would all be happy, maybe get an apartment, and Matthew would move in with us and it would be weird and wonderful.

He drank all day, wept at night when he started crashing, stopped eating almost entirely because, “Why waste beer money on food?” followed by a raucous laugh at his own loud misery. I had a key to his apartment and stormed in one night with a green MEC backpack, took four cases of beer and 20 bottles of home-brewed bathtub wine on my way out and tossed them in a nearby dumpster. I returned to scream and cry and told him he needed to stop. “I know you’re mad,” he said, “but can you stop yelling? I have roommates.” He promised us to cut it out soon, just one more weekend, one more bender to get it out of his system, and then become—his words—a “good person.”

Later that year, he assaulted me at a party. He tried to fix things, and then doubled down and drunkenly threatened me instead. Matthew and I cut him out of our lives for good.

My first sober week of 2015 ended up being dedicated to how much better I was than him. I’m doing it; why couldn’t you? Intellectually, I knew it wasn’t the same thing, self-servingly pitting my four weeks of abstinence against the trials of a struggling (probable) alcoholic, but try telling me that. Look how strong I am!

I don’t drink much during the week anyway, and my weekend drinking is relegated to juuuust enough wine to help me forget about the three times I’ve accidentally sent my editor a furious and deeply intimate Facebook message actually intended for my boyfriend.

I think about Jeff more than I should, whether I want to or not. Alcohol is a great help in this regard, because I am often having too much fun to dwell. Sustained sobriety, then—the type I haven’t had since before Jeff put his hands on me and ruined our little bubble—meant thinking about him in what felt like an endless loop, and the different ways we failed each other. Was I kind to him? Did I actually want him to quit drinking, or did I just want him to drink less so that I could feel safer? Had I tried to get him any real help? Would he have still wanted to hang out with us if he’d gotten sober? Would we have wanted to hang out with him?

The second weekend of January, I came home on Friday night after a trying week of yet again aggressively messaging my editor, “You are such a fucking asshole,” intended for an unnecessary fight with my boyfriend. I thought about Jeff, this idiot who broke up our triad. There was a choice between dealing with his drunken memory bashing itself against the walls of my sober brain, or meeting Matthew for a drink at a nearby bar. I really wanted to make it through the month, but I miss Jeff, even at his most destructive like a dull ache I can’t soothe or rid myself of naturally. I was trying sobriety on like a costume, hardly long enough to get comfortable with it, especially with how comparatively little there was at stake for me. I was asking him to do it forever, with no real regard for the ramifications of such a request, demanding a neater and easier life than is probably actually possible. I expected him to be far stronger, I failed to realize, than I could be myself.

I made it 16 days without a drink.

I’d never tried a cleanse before; from what I understand, they’re supposed to teach you something about yourself, or at the very least, make your terrible body feel a little better momentarily. While watching Matthew shovel a pulled-pork sandwich into his tiny rabbit mouth, I drank three beers in 40 minutes and noticed, somehow for the first time, just how often I use alcohol to drown out regret. Two weeks was my limit. But it’s tempting to believe this is another nice thing about alcohol: that it allows you to press a kind of reset button, lets you take a psychic break from your life before starting over in earnest. You make everything blur together, get yourself low enough, and tomorrow can be something new entirely—it has to be. You need to make changes, and you see that now, but you’ve got nowhere to go but up. Get some food in you, kick this hangover, and start the hard work of becoming, finally, a good person.

We were 18 and we knew we could stop, but it took us too long to realize that Jeff couldn’t—not then, at least. What nags at me when I trap myself in these memories is how cruel I was, even when he likely deserved it, and how damaging and damaged he was. I thought that maybe by some divine intervention, he would get better, and it would be the three of us, this warped little family, for the rest of our lives.

When we left him for good, I considered it a kind of punishment. He would be alone now, karmic payback for the night he grabbed me and I knew it was time to go. He’d understand that he didn’t deserve us. Maybe he’d feel so bad about it that one day he’d get his shit together and call me and we’d all try again.

The potential upshot of a cleanse may be that you come to cherish a healthy body, but all it did was highlight the pollutants I’ve been unable to shake for years. Worst of all, I’m still not even sure I’m ready to let them go, as if it’s some comfort to drag the dead around everywhere I go. What I wanted was for Jeff to be as good as me, but is this what I really expected from him? Endlessly ruminating on ancient history, inexplicably refusing to let it go, pouring himself a glass of wine or three to find some respite at the end of a tough week?

The morning after I failed Dry January, I thought about emailing him to say I was sorry for being so harsh, that I failed him, and that I hoped he was okay, whatever that means. But Matthew called me first, so instead, I listened to him chirp about ice skating and being at the grocery store, reminding me that today, like all days, wasn’t the day before. “What day is it? These bagels go bad in like, seven days. I love bagels. They are my one true vice. It’s fine, I’ll buy them next week. Are you free this—ooh, Sriracha—are you free this week? Let’s hang out. We’ll get sandwiches and tea and catch up properly. It’ll be nice.” 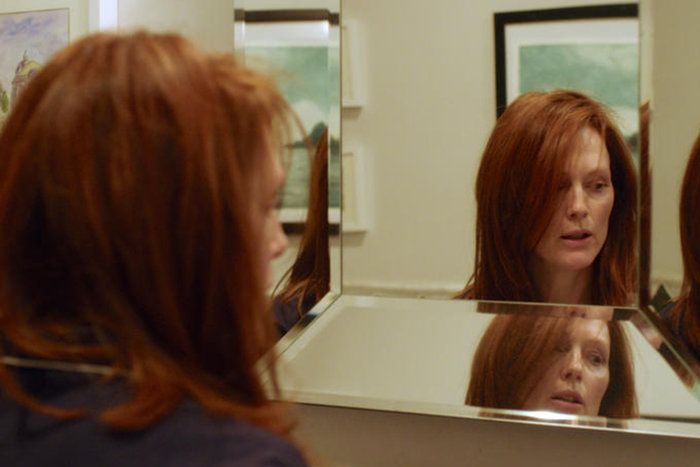 Tangent
Alone in a Different Reality
In Andrew O’Hagan’s The Illuminations, a woman struggles watching her mother enter the early…