Don’t Talk About Ruth Bader Ginsburg That Way: Jeffrey Toobin in conversation with Alan Dershowitz at the 92Y 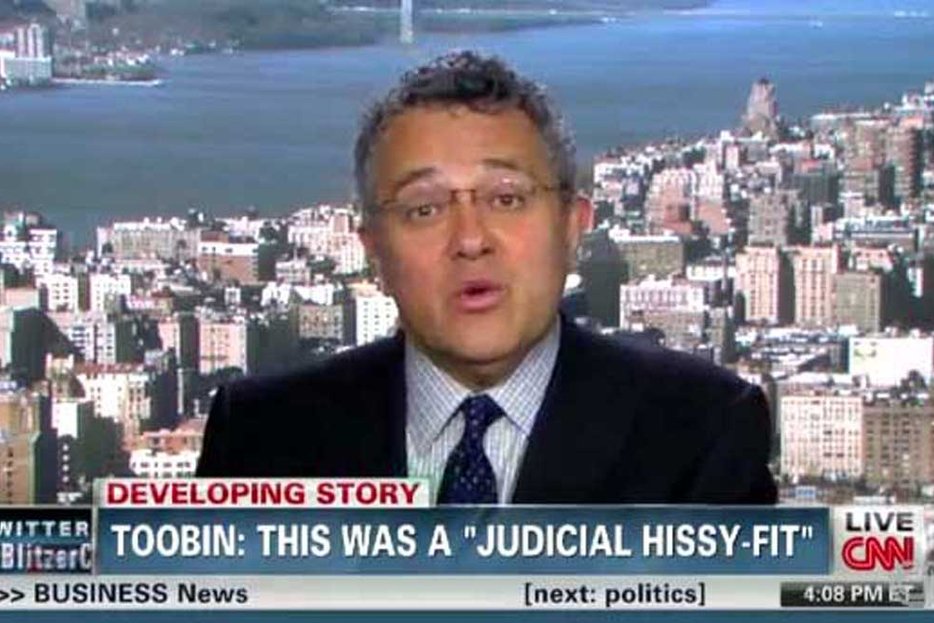 The first thing Alan Dershowitz wanted the crowd at the 92Y on Friday night to know about Jeffrey Toobin’s book was that he’d assigned it to a Harvard Law School class he was teaching on “how to write about the law for a general audience.” But upon reading Toobin’s new book, The Oath, he said, the students flooded his office, wanting to know how they could be expected to continue with the study of law. If judges were all as subject to politics and personality as Toobin suggested, they could no longer see the point of having a Supreme Court. “Was that your intention in writing the book?” Dershowitz asked, to the audience’s peals of laughter, and Toobin’s too.

The anecdote signalled that we were about to watch people very much caught up in each others’ world. The visual helped: they sat in identical gray suits and red ties against the mahogany backdrop of the auditorium. They talked quickly and loosely, falling over each other without quite interrupting. They’ve known one another since Toobin was a student in Dershowitz’s famed first-year criminal law class at Harvard, sitting next to Elena Kagan, who’d go on to become, well, you know. Both had the grooming of men who have never had to worry a great deal about money, and who have had a very good time doing their actual work besides. The ruling American classes tend to have a vibe like this: their gatherings are smoothed by having so much in common.

It made them seem a little glib, at times, about the sufferings of others. Early on, for example Dershowitz picked up an old line and insisted that Roe v. Wade was incorrectly decided, that it is a “villain” in the sense that it polarized appointments to the Supreme Court. What he meant is that he didn’t like the legal architecture—it said the right to privacy embedded in the Constitution allowed a woman a right to an abortion—not that he opposes abortion itself. The shaky reasoning, then, makes the decision definitionally “ideological” rather than “rational.” This is the kind of argument people have every day in law schools; perhaps those of you not blessed with the experience are starting to feel grateful.

But even in the lawyer-heavy Upper East Side of New York, such a technical position is politically dicey. Many people in the audience began muttering and recoiling. Toobin caught the hint, said he disagreed and that he found the decision “rightly decided.” (And he immediately noted that one guy in the back was “giving me a standing ovation.”) His elaboration on that point left something to be desired—he repeated some platitudes about deriving a privacy right from various constitutional sources. But then Dershowitz went back in, conceding the existence of a privacy right. He said the real problem was that a woman’s right to privacy conflicted with the fetus’s “right to life”—eek—and that that conflict shouldn’t be resolved by a court, but rather by a legislature.

The snarls grew audible, so Dershowitz circled back to the less fraught topic of Elena Kagan. Had Toobin expected his friend and study group partner to become a Supreme Court justice? Refreshingly, Toobin said he hadn’t really thought about it at the time, though he considered Kagan smart, and, as he later specified, he didn’t consider everyone there smart: “There’s a range.” (Dershowitz said when he asked Obama’s classmates the same question, they were less diplomatic: “Yes, we knew he was gonna be President.”)

In his ideal world, though, Toobin said, he’d prefer fewer legal academics and appellate judges on the Court. He said he could not imagine someone who’d come to the court as a politician, rather than a career judge—someone like, say, Sandra Day O’Connor—writing the controversial Citizens United election spending case in the same way. He wanted people who had “broad experience in the world.” One of them, he admitted, might be the newly re-elected President Obama. He’s only 51 now, and that positions him, Toobin says, to follow the example of William Howard Taft. Dershowitz agreed but wanted more trial lawyers, which would have sounded self-serving. But he is 74, and therefore too old for what Toobin identified as the ideal 30-year-tenure.

No one asked the obvious question: How does putting people who owe their entire careers to political parties alleviate what both Dershowitz and Toobin identified as the credibility-threatening partisanship of the Supreme Court?

Later in the evening, they’d argue about the merits of Clarence Thomas, the man who has not asked a question in oral argument since, as Toobin recited from memory, February 22, 2006. Hating on Clarence Thomas, who writes what you could call, er, abbreviated opinions, is a pastime in large swaths of the American legal world. Dershowitz was characteristically dismissive, though the burns were largely deserved. His issue was that Thomas only took ideas from the right-wing Federalist Society. But Toobin then pointed out that many great judges are not original thinkers, and aren’t required to be. He was right, from the worldview of a lawyer: judges, in the ideal case, simply weigh precedent. It isn’t science, but it isn’t creativity, either.

But who you consider worthy of the task of weighing competing rights is telling. Said Dershowitz, of Ruth Bader Ginsburg, to a room full of women who’d probably idolized her for twenty years and more: she’s “no Thurgood Marshall,” referring to the great justice who came out of the civil rights movement. She just happened to be for “women’s rights at a time when they were popular.” One longed to ask whether he was implying that they no longer were, or should not be, but there was only so much time left, and there were other matters more important in these men’s worlds to get on to. 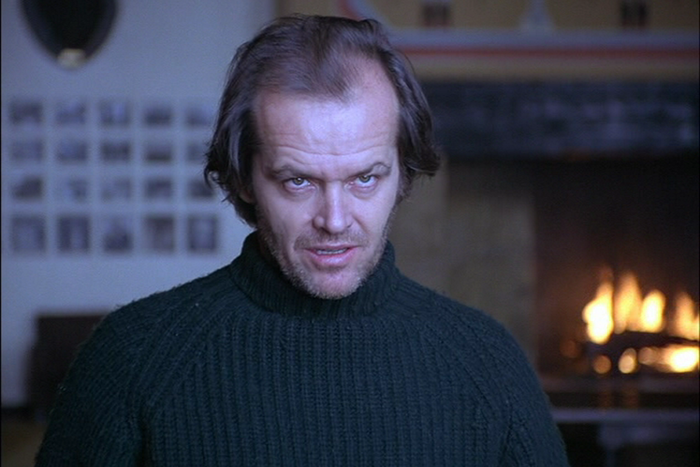 Tangent
The Age of Psychopathy
Just as nervous disorders were once considered refined, aspects of psychopathy may be an asset in today’s world…. 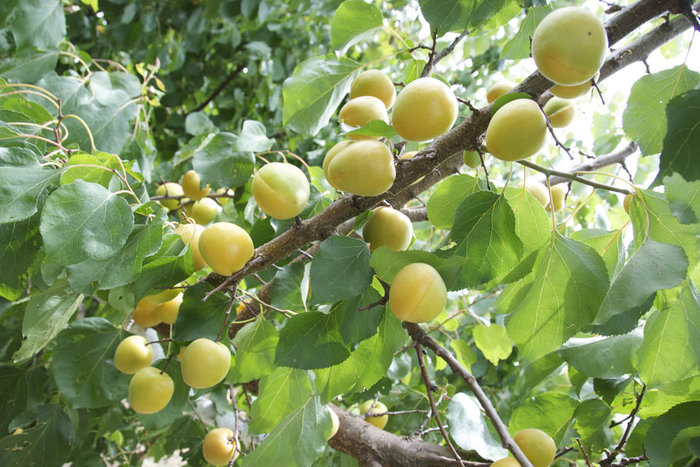 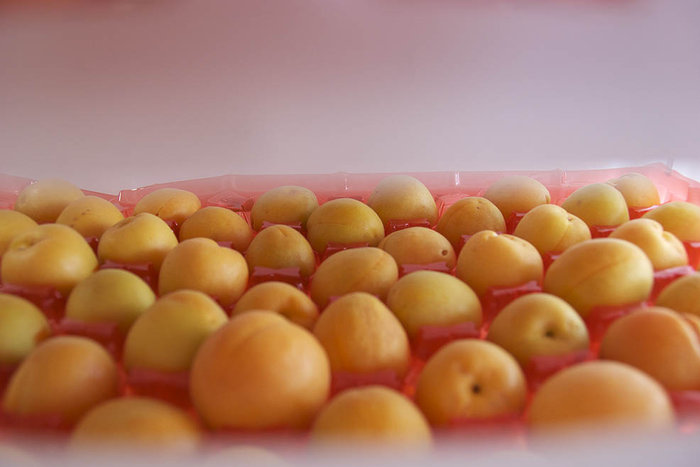 Essay
The Glabrous Apricots of Tajikistan
Spurred by memories of first love and impossible sweetness, the author of The Fruit Hunters investigates a culinary…