Book Club: What Some Sports Personalities Need to be Reading 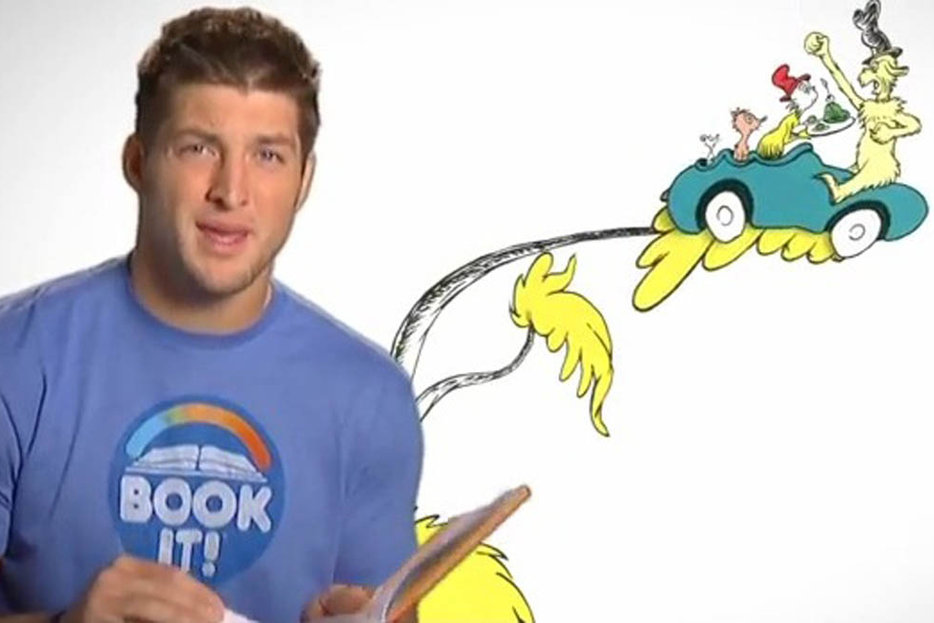 This past February, New York Jets backup quarterback Tim Tebow ignited a literary sensation when he read the Dr. Seuss classic Green Eggs and Ham broadcast over the Internet. But what has he been doing lately? Maybe that’s what New York fans were asking when, during last Sunday’s Jets-49ers game, after the 49ers were well on their way to demolishing the home team 34-0, they started to chant Tebow’s name.

As the Jets’ backup quarterback Tebow should have plenty of time to read. He doesn’t have much to do during the games, and there is only so much work to be done brushing up on the team’s playbook. I think I’d like to have a book club with Tim Tebow. He’s already read Seuss; I think I’d like to move him on to something else. Maybe we could start with something like… the collected works of John Milton.

This is a great idea because, yes, Milton can be a bit difficult to tackle, but so much the better for Tim. The mental workout demanded by reading Paradise Lost will keep him sharp while he’s waiting for his inevitable chance to fill in for the struggling Mark Sanchez. Obviously the religious themes and subject matter will appeal to God-fearing Tebow. Milton’s drama Samson Agonistes might present an interesting allegory for a sports star in today’s media saturated age. But I think our most meaningful discussion, Tebow and mine, will occur when we come across Milton’s poem “On His Blindness”.

It’s a poem in which, while meditating on the lofty ideas of vocation, service and calling, Milton reminds readers, in regards even to the angels of the Lord, that “they also serve who only stand and wait.” There you have it, Tebow my man, the wisdom of Milton. You see, right now, you can do no wrong, as long as you don’t do too much. You get next to no field time (throwing the ball only once during a couple minutes of play in that loss to the 49ers) and Sanchez is getting massacred out there as the starting QB. Jets fans have no recourse other than to call for you to replace Sanchez. You’re both giving the Jets faithful hope, and keeping the team in the news despite a decidedly unimpressive record. So, right now, you’re earning your money and you’re doing a great job. But let’s not forget that you’re kind of an under-talented quarterback. Don’t get me wrong—your knack for heroic come-from-behind victories can be thrilling. But your value on the field might not be able to match what you provide by just standing and waiting.

Anyway, I’m sure Tebow and I would have a good talk at book club. And I could probably do further good recommending books to other sports personalities who’ve been making headlines lately. For Gary Bettman, embattled commissioner of the NHL, I propose War and Peace. With no end in sight to the NHL lockout, Bettman is due for a lengthy season of conflict and (hopefully) resolution. Also, War and Peace is a sprawling epic about Russian history. And Russia is where much of our hockey is going to be coming from for the next while, its KHL now the destination for so many locked-out NHLers.

I suggest that this year’s Oakland A’s curl up with a copy of Moneyball. I know this would create some weird kind of metafiction because Moneyball was written about the A’s and their GM Billy Beane. Beane, however, has got moneyball back in business by shepherding the team back into the playoffs. This despite everyone thinking he’s lost his mind, even after he was depicted on screen by Brad Pitt.

And in honor of former NBA coach Phil Jackson, who was known to distribute books to his players, I’d like to help out this year’s Los Angeles Lakers. I suggest newly acquired point guard Steve Nash read James Wood’s celebrated How Fiction Works. Because in order to win a championship this season, with all of the protagonists and other characters crowded onto that team, I think their two-time MVP point guard is going to have to play the role of literary critic, or master interpreter. In fact, with Phil Jackson gone, I don’t think anyone remembers who coaches that team these days. Except that Kobe Bryant is pretty sure that it’s Kobe Bryant.

I’m sure the conversation would end quickly with Tiger Woods refusing to read Marcel Proust’s Remembrance of Things Past. Simply, it is not a good time, neither psychologically nor in terms of public relations, for Tiger to be dwelling on a life already lived. Instead we could settle on A Portrait of the Artist as a Young Man, by Irish writer James Joyce, although the protagonist, Stephen Dedalus, becomes a unique conflation of both Woods as a young phenom, and also golf’s new generation lead by Rory McIlroy. Especially poignant is when the Irish born McIlroy says “you talk to me of belligerent tantrums, public sex scandals. I shall try to fly by those nets.”

Trout Fishing in America is all I can think to recommend to Miguel Cabrera. Having won baseball’s Triple Crown, something that nobody has done since Carl Yastrzemski did it in 1967, Cabrera has a special place in history. What else happened in 1967? Richard Brautigan published his cult classic Trout Fishing, and after all, Cabrera’s only competition for MVP this year is rookie Mike Trout. To Mike Trout maybe I could recommend VS Naipaul’s Miguel Street, because Miguel Cabrera seems to be owning MLB right now. 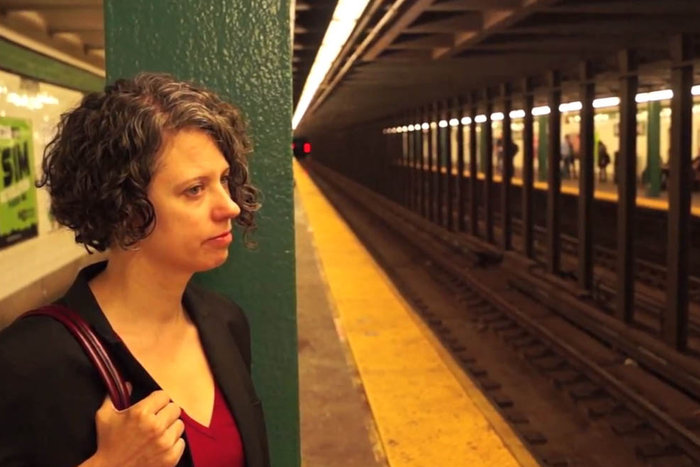 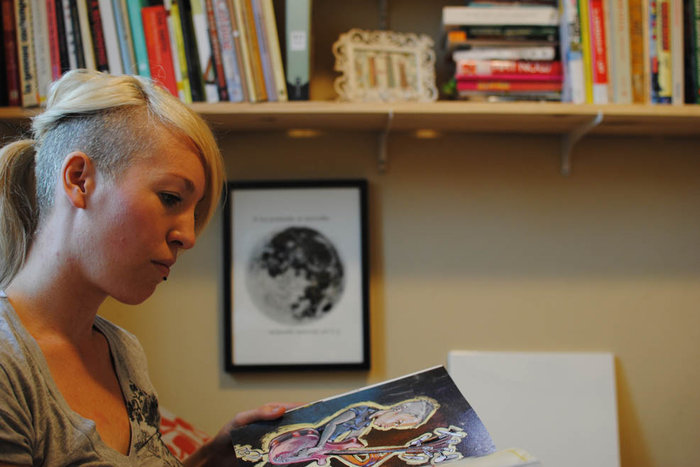