The Blank Screen Will Not Save You

The desire to refresh, recharge, and reinvent ourselves is natural, even healthy—but resolutions tied to objects and tools tend to disappoint us. 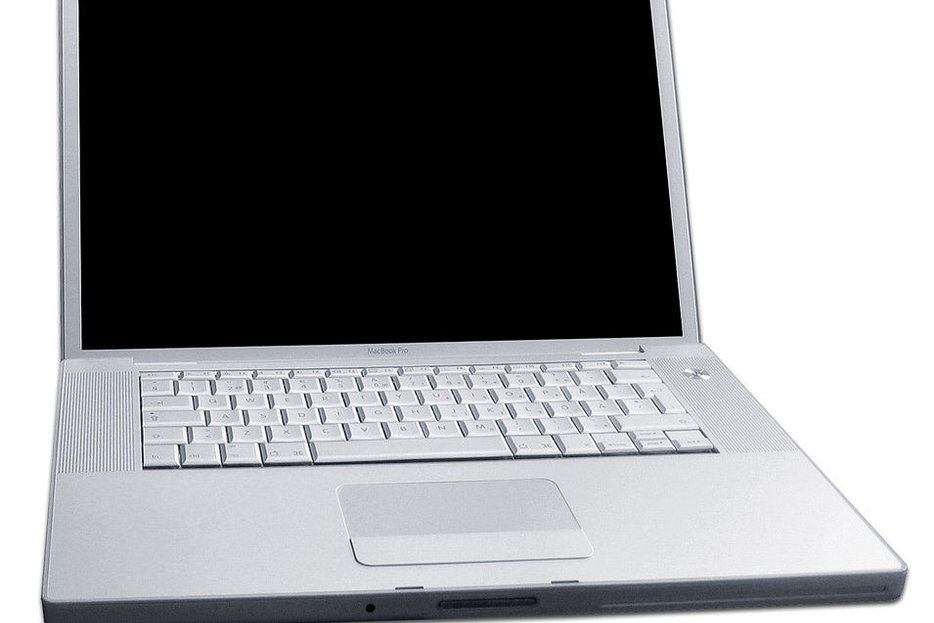 Blank screens are so alluringly empty: like fields of fresh, untrodden snow, they sit there in their pristine beauty until, inevitably, you careen along into them and fuck everything up.

It doesn’t stop us from believing that each foray into untouched space is going to be different, though—it’s a pattern we repeat over and over, especially at this time of year. What are New Year’s resolutions but expressions of fantasy? “This is how I envision the idealized version of me,” we say to ourselves. So we lay out all the ways in which we are going to become improved, better, revitalized versions of ourselves. And now, as the era of the Internet settles into a mundane normalcy, the churn of digital novelty—the optimism of that blank screen that runs through every e-thing, from shiny new devices to hyped new social networks—lets us experience that seductive promise of the fresh start ever more frequently and easily.

Over the holidays, I bought two new computers that I could neither afford nor had any particular need for. It was the promise of the blank screen that drew me in, the same seduction of the New Year’s resolution transmogrified into a banal consumer impulse.

Because I, like so many, use computers to organize my life, a new one felt like a chance to reorganize myself. So much of digitality convinces you this is actually possible. Notebook software such as OneNote or Evernote comes with the guarantee to sort out your life and mind; the fitness tracking craze and quantified self movements promise that data and beeping reminders can get us or our minds in shape (“self knowledge through numbers” is the slogan of one such system); and each hot new buzzed-about social service comes with the pitch that it will finally manifest the dreams that surge under our lives. So we charge ahead, convinced that each new blank screen will, finally, be filled with the realization of our best intentions.

Consider: When social network Ello ignited and then essentially extinguished with the same ferocious pace a few months ago, some pointed out that it wasn’t so much the specifics of the network itself that were a draw. It was just a place to start over: to re-experience the sense of possibility and novelty that accompanied the surge of optimism in early social media. The only people left there now are those trying to carve out a niche space, posting there under unique tags like #elloisforships, or #keepellomonochrome. Perhaps this is the way that we should handle the cycle of digital newness—each new space meant for one simple, weird thing, rather than a “new space for a whole new you.”

Reinvention is lucrative, though. Magazine covers don’t promise a new you every month simply because either they or you didn’t get it quite right last time. And there seems to be something about digital itself—or at least the ideology with which it was introduced into our lives—that seems to prey upon our desire for reinvention. After all, the web itself was going to upend everything, wasn’t it? From work to play to capitalism and democracy themselves, the digital revolution was meant to be the Ultimate Reinvention: the ushering in of a new, glorious age—not the End of History, but its true beginning.

That didn’t happen, of course. Instead of blowing up the whole system, what we got was an array of digital tools to help us “cope” with an intensified version of what came before. All of those organization, budgeting, and fitness apps are meant, after all, to help us finally gain control over the ills of 21st-century life.

What contemporary digital culture often seems to do best is prey upon and channel desire. Freud might say that the fantasy of a new self is the longing for a lost object—except that the missing thing in this case is the self that we weresupposed to become. My computer purchases, those magazine covers, and the rise of tracking apps seem borne of this very feeling.

Yet, I’d argue that Freud’s student Lacan had a more interesting take: He believed we don’t actually want the lost object, but instead want to endlessly circumnavigate and circumlocute it. We want to always avoid the horror of the Real, never admitting that, in truth, we will never cut down on our drinking, truly face our fears, or ever turn over a new leaf. What we want is the pleasure of spiraling around the dream, toying with the idea of a new self, admiring the view as it keeps slipping behind an ever-receding horizon. There’s a certain comfort in the fantasy of never confronting ourselves.

It would be wrong to say that all fresh starts are chimera. Moving to a new city, leaving a relationship, or even just forcing oneself into a new routine are real things that real people do. Lives and circumstance do change, and sometimes as a result, so do people. At the same time, most New Year’s resolutions fail: the most comprehensive study on the topic suggests that six months into the year, less than half of the people who make resolutions are still keeping them.

Yet the churn of new beginnings in digital that is a result of a period of rapid change and invention has also given us a window into our constant wish to emerge from ourselves anew—or as somebody else entirely. Early web scholars were obsessed with “multi-user domains” such as Second Life or World of Warcraft in which people play out their desires to be somebody else, and the most productive ideas were found in the fertile parallax of life and fantasy, and where they bled into one another. But as the web ceased to be an alternate space and became, instead, a part of the usual patterns of life, it seems what we started to want was not to become someone else, but to constantly play at the idea of becoming our Better Selves—whether or not we ever meant to arrive at our stated destination.

Setting up my new computers these past couple of weeks, I’ve been meticulous about how I have arranged things, and what I’ve allowed myself to put where. No Twitter app on the tablet, and my organization software prominently placed on the desktop. Structure your desire, not-so-young man! Resist your temptations. The only lure I haven’t been able resist is the belief that all I need to be better is a fresh start—that my salvation is to be found in a brand new digital future, rather than confronting the digital muck and analogue mess of the past. It’s all so seductive. But you can’t give in, can you? You must keep the churn of a new self going. I will be better. I will improve. And all I need is this one, new piece of software. I know I’ll get it right this time. 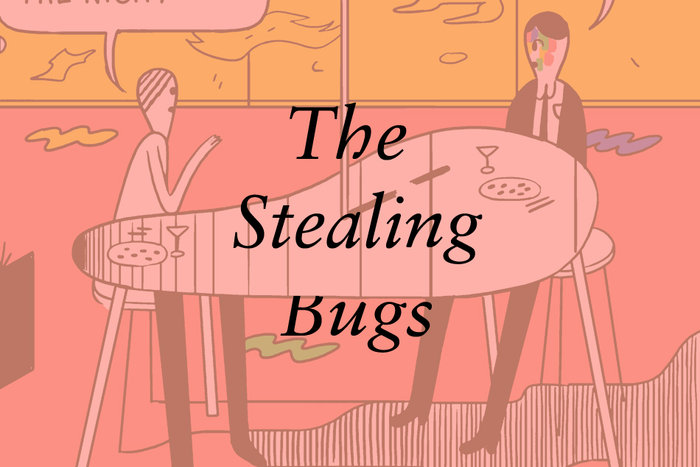 Comics
The Stealing Bugs Pt. 4
How do you recount a night of mind-altering sex? Perhaps you don’t. 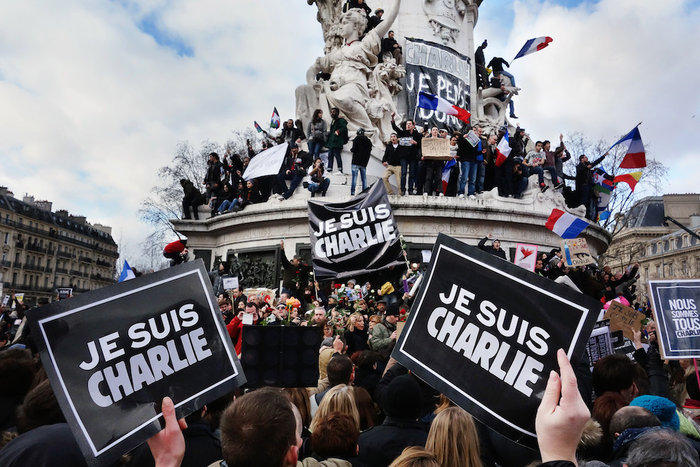 Tangent
The Bright Side of Individualism
In an increasingly fragmented world, the debate around “Je Suis Charlie” reminds us there are reasons to avoid…