‘There’s Either a Gun or a Wedding’: An Interview with Whit Stillman

The director of Love & Friendship on Jane Austen, his failed career as a writer, and true crime television. 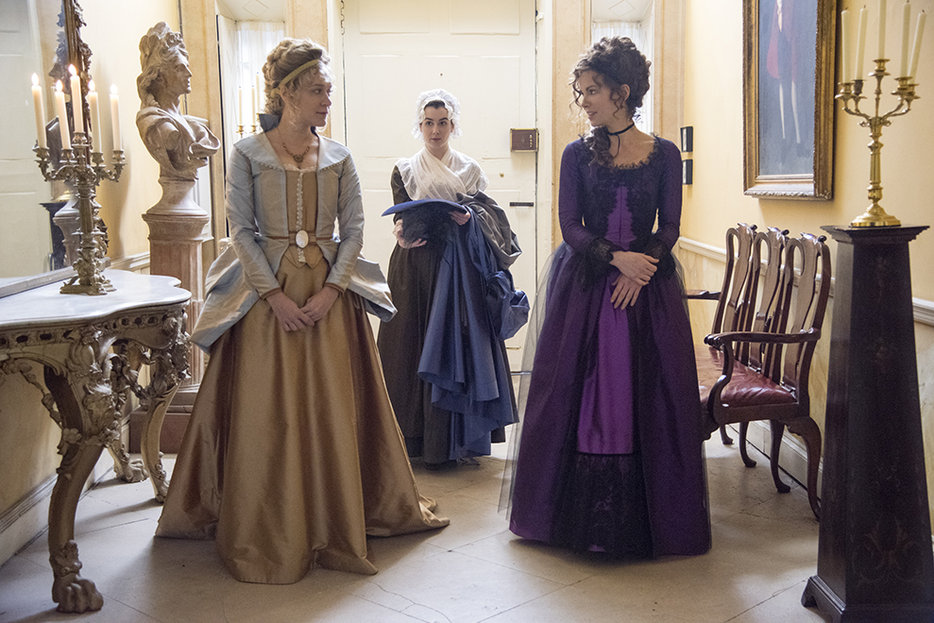 “My daughter has proved to be cunning and manipulative—I couldn’t be more proud.” This loving adulation is spoken by Lady Susan (Kate Beckinsale) near the end of Whit Stillman’s fifth film, Love & Friendship, which chronicles the conniving successes of a widowed woman set on finding the perfect match for herself and her daughter. An adaptation of one of Jane Austen’s lesser known works, the novella Lady Susan, here Stillman has found his ideal match in the 18th century novelist: both revel in the gentle mockery of bourgeois social norms through the comedy of manners.

Since Stillman’s beloved debut, Metropolitan, he has relished stories of upper class “struggles:” in the 1990  film, a group of debutantes find their hermetically sealed society disrupted by a new arrival; in Barcelona (1994), an uptight Midwest boy’s ways are disrupted by his free-loving cousin. It was The Last Days of Disco (1998) that cemented his comic, mannered approach to storytelling, as two editors in New York (played by Beckinsale and Chloe Sevigny) chase love in the club. After a 13-year hiatus, Stillman returned to his formalist form with Damsels in Distress (2013), in which a group of women try to rescue their fellow female college classmates from the tyranny of boorish bro culture (the film is loosely based on Stillman’s own time at Harvard).

While Love & Friendship is set in another era, it mirrors the themes of his other films: rules, politesse and a certain gentleness that abhors vulgarity.

Kiva Reardon: What was the first Jane Austen novel you read?

Whit Stillman: It was Northanger Abbey. I was in this funk in the middle of my sophomore year after having been dumped cruelly by a woman who had led me on; I was disheartened and distressed. I was moping in my room and I found Northanger Abbey—and I hated it. I don’t know how I got to the end and I told everyone how bad she was, how overrated. Then four or five years later, though my sister’s pressing, I read Sense and Sensibility, and liked it. And then I read Pride and Prejudice and then read the rest and loved them. After Last Days of Disco I was in Paris, and I saw Northanger Abbey in a very good English language bookstore and I thought: “I should try this again.” I liked it. When I first read it, I didn’t know what a Gothic Novel was, so I didn’t know what a parody of a Gothic Novel was. In the edition [I had bought] they had published Lady Susan. When I read that I thought: “A-ha, this is like Jane Austen doing Oscar Wilde.”

I’ve read elsewhere that your favourite Jane Austen is Mansfield Park, but Patricia Rozema beat you to adapting that.

Yes, that was a problem. I wouldn’t say it was my favourite, though. The three that most resonate to me are Persuasion, Mansfield Park and Pride and Prejudice.

You’ve also said that Fitzgerald, Austen and Salinger are the three novelists that influence your films the most. How do those author’s themes or works manifest in your work?

They loved each other—Salinger loved Fitzgerald and Austen, and Fitzgerald loved Austen. There’s a chain of people liking their predecessors. It’s hard to say though. Metropolitan is pretty expressly Fitzgerald-esque. Last Days of Disco they have debates about Salinger—

And also Lady and the Tramp.

Yes. Walt Disney is one of our most important creators. Disney films are so widely seen. You can open up an intellectual debate about Disney films and people know what you’re talking about. And I discovered in Love & Friendship you can also talk about the Bible—the “20 commandments” and things like that.

You’ve also written a book—not a novelization—of Love & Friendship. Why?

But you had originally wanted to be an author. Though you have said you felt it was too individualistic.

I thought it was too rigorous, lonely and hard. Too isolating to just be a novelist. Also, I was having such trouble with the short stories I was writing. I’d have to create this fictional character to narrate it; I could only write first person. It was a little depressing. I was living in the East Side of Manhattan [in the 1970s] in this funky apartment, and walking to [work] at Doubleday there was a skyscraper being built. I walked by it every day and one storey after another was going up—and it was getting taller and taller. I had a short story I was trying to finish. They did, like, 20 storeys of the building before I could finish my short story. It was so depressing. They have 20 storeys and I just have one. The biggest amount of money I made in those years was a kill fee from Harper’s for a short story they commissioned then killed.

Jane Austen is one of the most widely adapted novelists. How did you approach your adaptation?

I was really attracted to the great humour and charm of the matter in Lady Susan. I subscribe to the ideology of the famous writing program at University of Southern California. Alexander Payne quotes his teacher there—because he had the benefit of going to film school, I didn’t—as asking his class: “What do you owe the original work?” They had to shout back: “Nothing!” It’s something that really perplexes me when I hear film reviewers say their editors insist they read the novel before seeing the film it was adapted from. That “good research” and “reporting as journalists” constitutes reading the book first. I feel that’s the worst thing you can possibly do. It’s totally unnatural. If you must compare the book to the movie, read the book after. Let the person make their movie. Some of the adaptations I like best are of books I don’t like. I’m not a huge Edith Wharton fan, but I loved [Martin Scorsese’s] Age of Innocence. I can’t stand The World According to Garp as a novel but I like the movie.

Or The Godfather. I mean, if you’ve tried to read Mario Puzo…

I’d like to read Gone with the Wind. I think that might stand up a bit better. Fitzgerald worked on the screenplay and liked the novel. His adaptation was taking [Margaret Mitchell’s] dialogue and putting it into the script. If people want to get a flavour of Fitzgerald in Hollywood, the only work that apparently shows traces of him is a film called Three Comrades. It’s about romantic young people in Germany in the 1930s. It’s very good.

I want to talk marriage plots. Austen’s novels very much focused on this, largely because they were about women, and at that time marriage was their only option. And yet even now when women have so many more options, the convention continues to resonate. Why?

Movies are divided into two groups: there’s either a gun or a wedding. It’s either violence or romance. My next film I’ll bring them together! No. But you know, maybe this is what makes those true crime documentaries on TV so compelling. They bring violence and romance together. Have you seen Snapped?

Snapped is the best. It’s generally women murdering their husbands or boyfriends. It’s really good. It gets romance and violence together. But, anyway, in Jane Austen’s time, yes, it was a marriage, in my other films it’s about a tentative romantic conclusion.

This is a “costume” drama—

This is a real period piece, there are so many institutions created to cater to your needs—so many costume houses, or people who can design the clothing.

But there’s a Douglas Sirkian melodrama element to it as well, where Susan’s clothing reflects her character’s arc. She starts in all black, then in London she’s in vampy red silk.

Our costume designer, Eimer Ni Mhaoldomhnaigh, was great about that. We thought a lot about Susan’s mourning—her being all in black and veiled. Eimer had a very good chart about how to get her away from mourning—purple, red. Then Chloe would have these very bright, colourful dresses.

Why the title change?

That was very important to me. There’s a weird obsession among some Jane Austen people about that. I mean, they can’t imagine that I don’t know that this is what she originally titled her manuscript and misspelled “friendship.” But right away I hated “Lady Susan”—it wasn’t commercial. It turned guys off the material. Also, I have a Spanish distributor friend and he was excoriating English and American films that have English person titles; how uncommercial it is in foreign countries, what problems it causes. I’m a responsible filmmaker, so I changed the title. And, you know, Susan was the title for Northanger Abbey.

This is an aside, but my middle name is “Jane” after Jane Austen.

So your mother loves Jane Austen?

Do you like Jane Austen less than your mother?

I have a different relationship to her work, because it came to me through her. When I read the books I think about her passion for them as much as I think about Jane Austen.

This is a great idea—I’ll make my novel a Mother’s Day promotion. 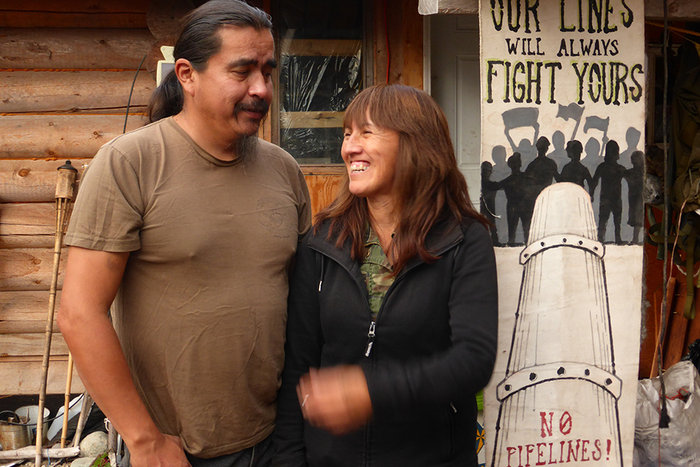 Society
Right of Way
Three proposed pipelines. Two sides in opposition. And one woman in a cabin in the woods who isn’t leaving until… 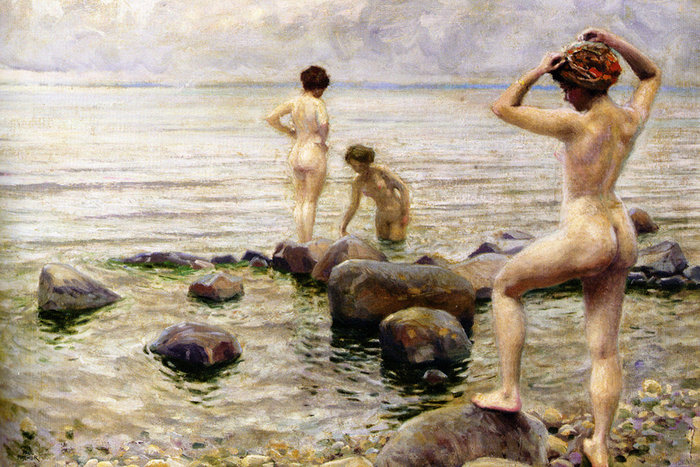