A&E’s Intervention ends its five-season run tonight at a time when TV’s misery marketplace is thriving. What do we get out of watching people at their lowest? 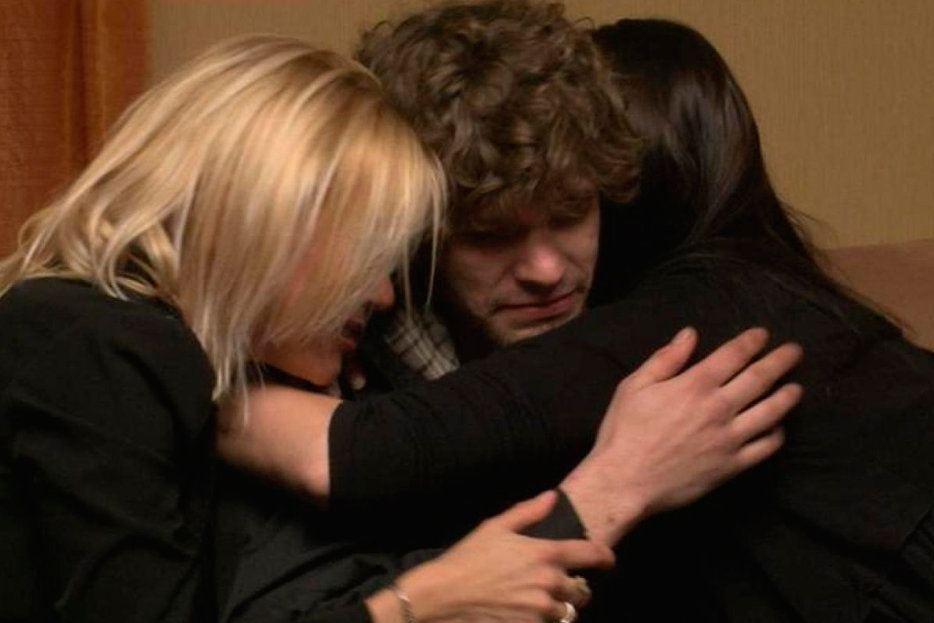 In episode nine of Intervention’s fifth season, the show featured perhaps its most memorable case. Allison, a 20-something woman with a severe addiction to inhalants, drives her car to a grocery story to buy tens of cans of computer dust spray. “We are going on a drug run,” she says. “Hooray!”

Back at home, she inhales deeply from a can and rolls around on the floor with her cats. In a talking head to the filmmakers, she clutches a can of duster and chirps, “It’s like I’m walking on sunshine!” She starves herself, self-mutilates, and ruminates on the molestation she faced as a child.

But what makes Allison truly compelling is that after seeing her in this state of total confusion and despair—she doesn’t go to rehab until after both her family and sugar-daddy cut her off and she goes to jail—is the knowledge that she actually gets clean. She now works at a treatment centre and has stayed sober.

After 13 seasons and more than 200 interventions since its 2005 premiere, the show that presented crippling drug addiction in something resembling a palatable fashion is ending its run today. And it’s going out with a whisper: its final season is a truncated five episode-run that wraps up in the mid-summer TV dead zone.

But the alternative is a far worse fate. Most reality shows—particularly “self-help” reality shows—prey on the worst in humanity. When the time comes for a series to end its run, there are only two options: shut it down quietly with little fanfare, or burst into flames and take everything down with you.

Celebrity Rehab with Dr. Drew was a middling program packed with all-but forgotten D-list celebrities (your Mary Careys, your Dennis Rodmans, your Alice in Chains bass players). The show was spearheaded by monster-in-therapist-form Dr. Drew Pinsky, a board-certified addiction specialist who nearly cornered the market on celebrity rehab entertainment. Along with Celebrity Rehab, Dr. Drew starred on Sex Rehab with Dr. Drew, Celebrity Rehab Presents Sober House, Sex…With Mom and Dad, and Strictly Sex with Dr. Drew, just to name a few. Pinsky was long criticized for exploiting the most troubled of former-stars, who were blinded not only by their addictions but their need for attention—even negative attention. The damage he and his shows seemed capable of doing—or were, at least, ill-equipped to prevent—was never more evident than last spring when Mindy McCready became the fifth former Celebrity Rehab cast member to die after appearing on the show, joining Jeff Conway, Rodney King, and others.

Following McCready’s death, Dr. Drew announced he be ending the show, stating he was “tired of taking all the heat.” Of course, you say “taking all the heat,” I say experiencing the long-overdue realization that the show did far more harm than good, exploiting vulnerable former-stars desperate for another chance to be famous. Subtle differences. This ignominious end to his television franchise didn’t stop him, however, from opining publicly after the drug-related death of Glee star Cory Monteith this past weekend. Pinsky was not his doctor.

After it was announced Intervention would be ending, A&E and BIO Channel Vice President David McKillop released a statement touting the 156 people who are sober today thanks to the show. It’s an impressive figure, but it suggests that the only way these people would have gotten sober is by submitting to having their darkest moments broadcast on television (and, inevitably, auto-tuned).

In Nikita Lalwani’s The Village, BBC journalist Ray Bhullar travels to a remote Indian village that’s actually an experimental open prison, full of convicted murderers. She and her team are there to film a documentary on the village and its people. But while her coworkers petition to feature the rawest and most gruesome stories inside (coincidentally, the most interesting anecdotes), Ray feels a moral pull to keep some respectful distance.

Her producer and presenter think she’s being oversensitive. To anyone removed from the situation, however, it seems she’s just trying to be a human being. They say sharing these stories is for the greater good, that it will save other people from a similar fate, that it’s an educational tool. Ray knows this is bullshit, of course, and her colleagues probably do, too—they can just taste the blood in the water.

The same can be said about the girls on MTV’s 16 and Pregnant, and the women on Teen Mom. The shows are supposedly tools to show how difficult and tragic teen pregnancy actually is (for anyone who’s watched them, they’re far from glamorous). And they do this, but spreading this message out over five seasons really tests the limits of credulity. We get it. You will be depressed and destitute and shunned and alone. Forever. Every episode is just another reason to invest in an IUD and, probably, a chastity belt.

And yet, MTV is moving forward with a new season of Teen Mom, featuring brand new girls and the same old antics. One girl gets a call that her child’s father may have overdosed, another fights for custody, while a third sobs, “Why is it so hard to ask for someone to love me?” They’ve already gone through this rotation twice, ending with prison sentences, divorces, and sex tapes. The wall has come down; the subjects have long ago ceased to be human in the eyes of producers and show-runners, and have turned into the walking freak-shows they were probably reassured they would never become.

Reformed inhalant addict Allison is what Intervention, and reality shows like it, do best. Her life is ugly, but not so ugly that you turn away. She’s sad, but just sad enough to be engaging. She’s her own worst enemy, but not to the extent that she becomes unsympathetic. As viewers, we get both a sense of superiority in watching her bottom out, and a sense of satisfaction in watching her get better.

Call it smug reality: You get to watch the grit in people’s lives be exploited for your entertainment, but you also get to pretend you’re doing it for a greater good. What’s the big difference between Beyond Scared Straight and The Real Housewives? The former may offer some kind of rehabilitation to families with tough kids, but the show airs frame after frame of sobbing minors, and it does so with glee. At least in the latter, those women signed up to cry on television, they’re legal adults, and by god, are they ever being paid handsomely for it.

Even ostensibly higher-class shows like Intervention are more invested in the drama than the (hopefully) happy ending. In a 43-minute episode, maybe three are actually dedicated to the person’s recovery. The rest is an alcoholic trying to climb into her car to drive home or a heroin addict nearly over-dosing or a former actress hallucinating from Fentanyl lollipops. Intervention arguably set the standard for this type of television, but its time has come and gone. After you air an episode about anorexic twins who sleep in the same bed and share the same meals, where are you supposed to go from there?

“We let you all film us because you are supposed to be good people,” a local says to Ray in The Village. “We willingly let you do it. We are the idiots. How you must have laughed at us […] taking what you can, looting us. For some TV program?”

Sometimes, to be exploited means to let yourself be exploited. It comes down to the greater good, be it an opportunity to live clean, for financial security, to achieve fame, or to educate others. The cost, however, is always the same: people like me stuck to their couches, basking in your weaknesses, forever more invested in the hideous, breathtaking fall than the ultimately forgettable rise. 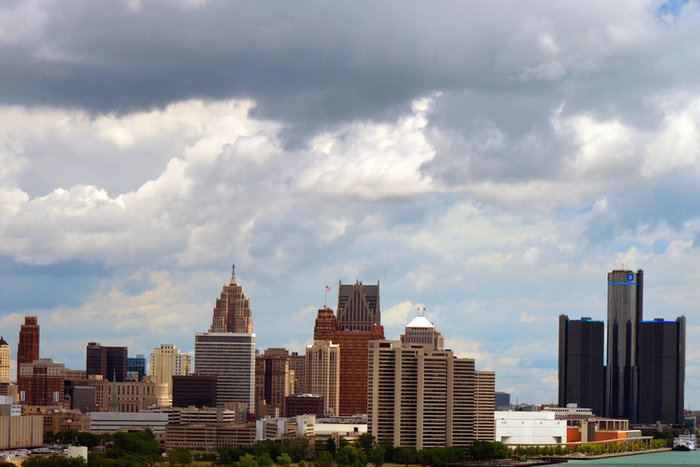 Society
The State of Emergency in Bankrupt Detroit 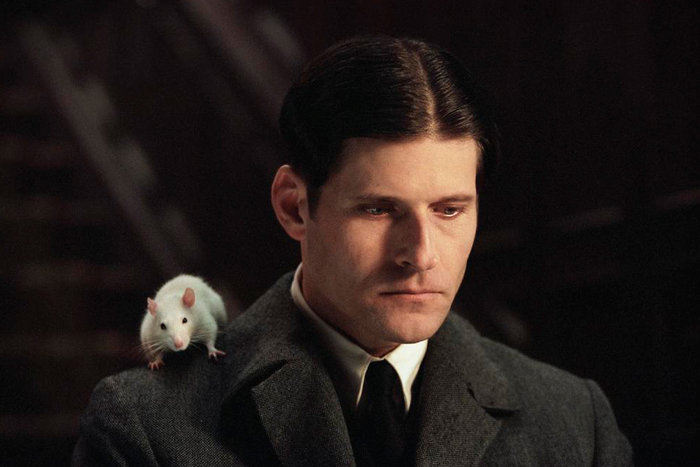