The Mob Began to Think and Reason

David Graeber, an anthropologist and key figure in the Occupy Wall Street protests, dissects the deeply undemocratic origins of America and the meaning of anarchy in this excerpt from his book The Democracy Project. 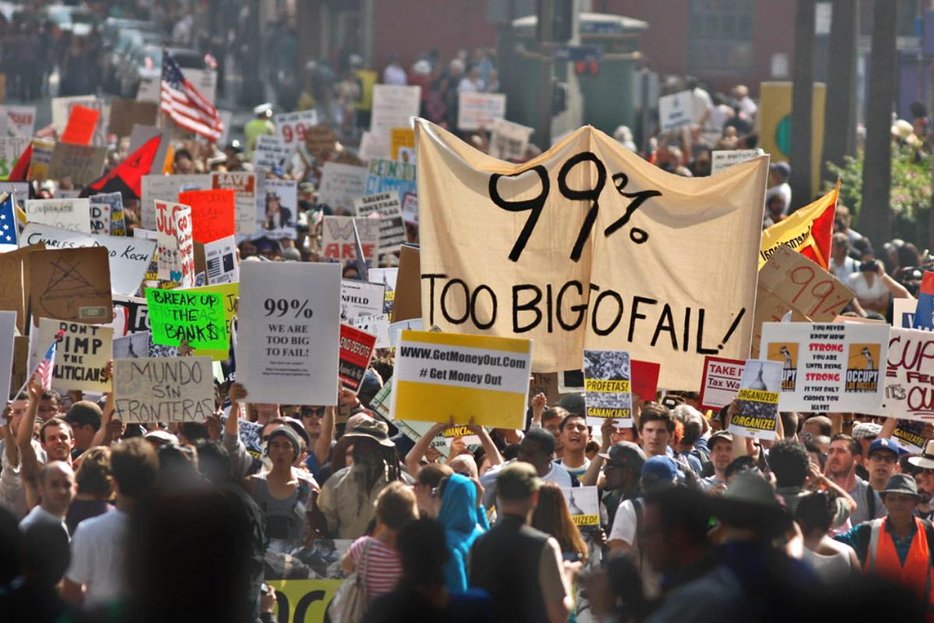 Reading accounts of social movements written by outright conservatives can often feel strangely refreshing. Particularly when one is used to dealing with liberals. Liberals tend to be touchy and unpredictable because they claim to share the ideas of radical movements—democracy, egalitarianism, freedom—but they’ve also managed to convince themselves that these ideals are ultimately unattainable. For that reason, they see anyone determined to bring about a world based on those principles as a kind of moral threat. I noticed this during the days of the Global Justice Movement. There was a kind of mocking defensiveness on the part of many in the “liberal media” that was in its own way just as caustic as anything thrown at us by the right. As I read their critiques of the movement, it became clear to me that many senior members of the media, having gone to college in the 1960s, thought of themselves as former campus revolutionaries, if only through generational association. Within their work was an argument they were having with themselves; they were convincing themselves that even though they were now working for the establishment, they hadn’t really sold out because their former revolutionary dreams were profoundly unrealistic, and actually, fighting for abortion rights or gay marriage is about as radical as one can realistically be. If you are a radical, at least with conservatives you know where you stand: they are your enemies. If they wish to understand you, it is only to facilitate your being violently suppressed. This leads to a certain clarity. It also means they often honestly do wish to understand you.

In the early days of Occupy Wall Street, the first major salvo from the right took the form of an essay in The Weekly Standard by one Matthew Continetti entitled “Anarchy in the U.S.A.: The Roots of American Disorder.” “Both left and right,” Continetti argued, “have made the error of thinking that the forces behind Occupy Wall Street are interested in democratic politics and problem solving.” In fact, their core were anarchists dreaming of a utopian socialist paradise as peculiar as the phalanxes of Charles Fourier or free love communes like the 1840s New Harmony. The author goes on to quote proponents of contemporary anarchism, mainly Noam Chomsky and myself:

This permanent rebellion leads to some predictable outcomes. By denying the legitimacy of democratic politics, the anarchists undermine their ability to affect people’s lives. No living wage movement for them. No debate over the Bush tax rates. Anarchists don’t believe in wages, and they certainly don’t believe in taxes. David Graeber, an anthropologist and a leading figure in Occupy Wall Street, puts it this way: “By participating in policy debates the very best one can achieve is to limit the damage, since the very premise is inimical to the idea of people managing their own affairs.” The reason that Occupy Wall Street has no agenda is that anarchism allows for no agenda. All the anarchist can do is set an example—or tear down the existing order through violence.

This paragraph is typical: it alternates legitimate insights with a series of calculated slurs and insinuations designed to encourage violence. It is true that anarchists did, as I said, refuse to enter the political system itself, but this was on the grounds that the system itself was undemocratic—having been reduced to a system of open institutionalized bribery, backed up by coercive force. We wanted to make that fact evident to everyone, in the United States and elsewhere. And that is what OWS did—in a way that no amount of waving of policy statements could ever have done. To say that we have no agenda, then, is absurd; to assert that we have no choice but to eventually resort to violence, despite the studious nonviolence of the occupiers, is the kind of statement one only makes if one is desperately trying to come up with justifications for violence oneself.

The piece went on to correctly trace the origins of the current global anticapitalist networks back to the Zapatista revolt in 1994, and, again correctly, to note their increasingly antiauthoritarian politics, their rejection of any notion of seizing power by force, their use of the Internet. Continetti concludes:

An intellectual, financial, technological, and social infrastructure to undermine global capitalism has been developing for more than two decades, and we are in the middle of its latest manifestation… . The occupiers’ tent cities are self-governing, communal, egalitarian, and networked. They reject everyday politics. They foster bohemianism and confrontation with the civil authorities. They are the Phalanx and New Harmony, updated for postmodern times and plopped in the middle of our cities. There may not be that many activists in the camps. They may appear silly, even grotesque. They may resist “agendas” and “policies.” They may not agree on what they want or when they want it. And they may disappear as winter arrives and the liberals whose parks they are occupying lose patience with them. But the utopians and anarchists will reappear… . The occupation will persist as long as individuals believe that inequalities of property are unjust and that the brotherhood of man can be established on the earth.

You can see why anarchists might find this sort of thing refreshingly honest. The author makes no secret of his desire to see us all in prison, but at least he’s willing to make an honest assessment of what the stakes are.

Still, there is one screamingly dishonest theme that runs throughout the Weekly Standard piece: the intentional conflation of “democracy” with “everyday politics,” that is, lobbying, fundraising, working for electoral campaigns, and otherwise participating in the current American political system. The premise is that the author stands in favor of democracy, and that occupiers, in rejecting the existing system, are against it. In fact, the conservative tradition that produced and sustains journals like The Weekly Standard is profoundly antidemocratic. Its heroes, from Plato to Edmund Burke, are, almost uniformly, men who opposed democracy on principle, and its readers are still fond of statements like “America is not a democracy, it’s a republic.” What’s more, the sort of arguments Continetti breaks out here—that anarchist-inspired movements are unstable, confused, threaten established orders of property, and must necessarily lead to violence—are precisely the arguments that have, for centuries, been leveled by conservatives against democracy itself.

Most Americans are unaware that nowhere in the Declaration of Independence or the Constitution does it say anything about the United States being a democracy. In fact, most of those who took part in composing those founding documents readily agreed with the seventeenth-century Puritan preacher John Winthrop, who wrote that “a democracy is, among most civil nations, accounted the meanest and worst of all forms of government.”

In reality, OWS is anarchist-inspired, but for precisely that reason it stands squarely in the very tradition of American popular democracy that conservatives like Continetti have always staunchly opposed. Anarchism does not mean the negation of democracy—or at least, any of the aspects of democracy that most Americans have historically liked. Rather, anarchism is a matter of taking those core democratic principles to their logical conclusions. The reason it’s difficult to see this is because the word “democracy” has had such an endlessly contested history: so much so that most American pundits and politicians, for instance, now use the term to refer to a form of government established with the explicit purpose of ensuring what John Adams once called “the horrors of democracy” would never come about.

David Graeber
David Graeber teaches anthropology at Goldsmiths, University of London and was recently appointed professor in the London School of Economics’ anthropology department. He is the author of several books, including Debt: The First 5,000 Years. A contributing editor of The Baffler and editor at large to HAU: Journal of Ethnographic Theory, he has written for Harper’s, The Nation, and other magazines and journals.
Follow @davidgraeber 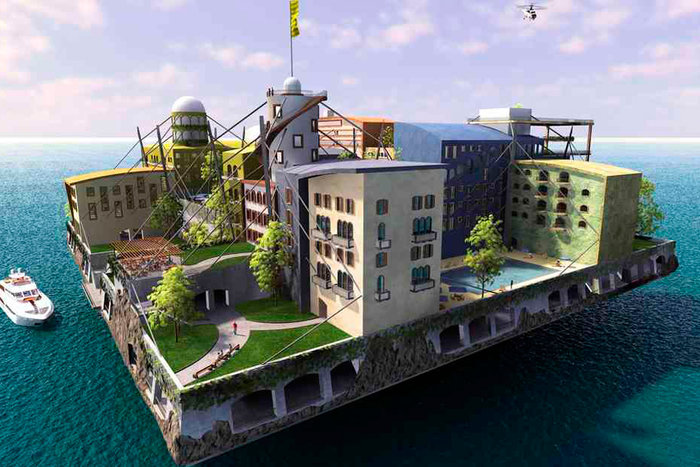 Society
Making the 1%’s Escape Fantasies Work For You 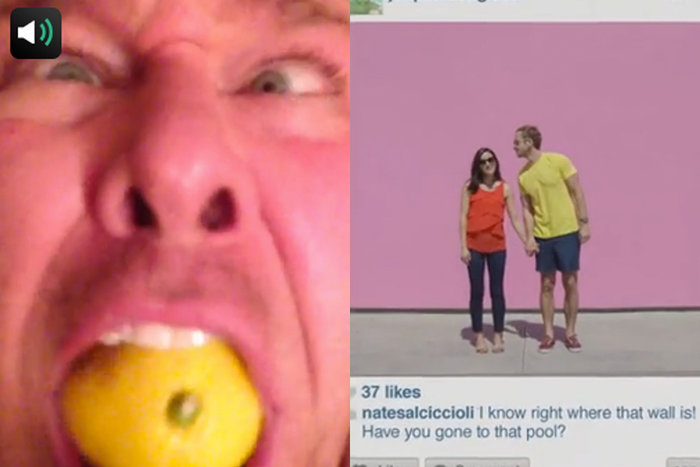 Technology
In the Loop: The Space Between Vine and Instagram