The Internet Killed Books to Save Reading

The Internet may have battered book sales, but it hasn’t killed reading—far from it. Today we read more, and in more ways, than ever, and this is thanks to all the book-killing culprits.

Fiona Duncan is a writer and bookseller currently living in New York. 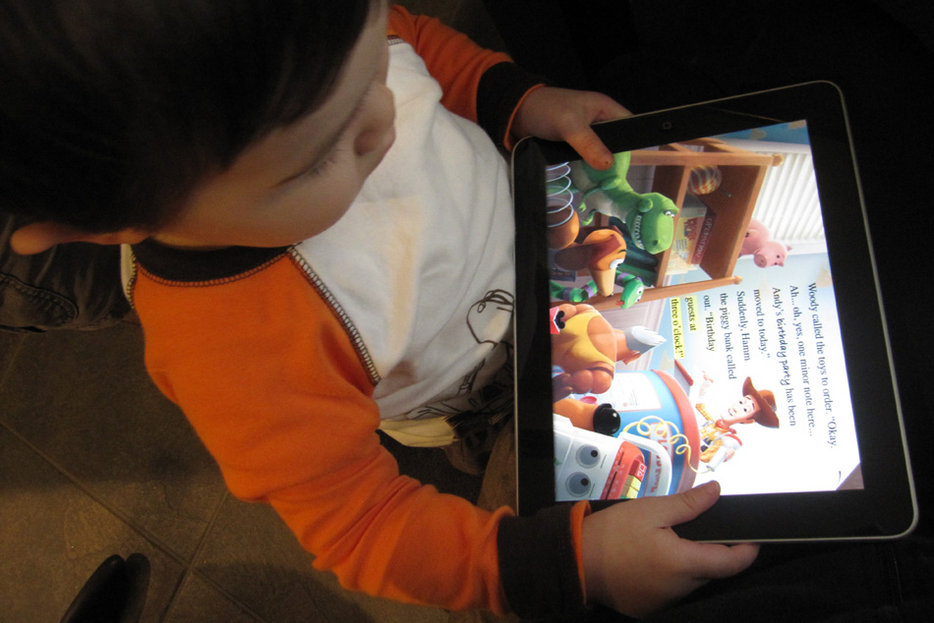 “In the future, most designers will be creating reading experiences not book designs.”
-Andrew Blauvelt, I Read Where I Am: Exploring New Information Cultures (2011)

Living in New York City is like living on the Internet: within a vast social network, a series of tubes, this grid, this noise, one inevitably configures a circuit of one’s own. Mine extends two boroughs and dozens of neighborhoods, with two most frequented sites: a flat let above a 24hr “Farmer Deli,” which sells only avocados and sometimes bananas (that’s Bushwick), and an independent bookshop in SoHo/NoLIta that’s signed McNally Jackson and called, alternatively, McNally’s, McJ, and McNally Robinson.

McNally Jackson has two floors, stocks approx. 68K books, and is always at least modestly busy, if not overstuffed with customers, many of them regulars. At McJ, I have conversations with strangers; it’s exceptional in New York for that. One of the most cyclical conversations rehearsed within the walls of McNally Jackson concerns our place in the world: books, printed, the present and future of them. From our little bubble, one would think that print publishing is thriving, though I keep hearing that sales are plummeting, stores closing.

The reason for these closures, to be expedient, is the Internet. There’s Amazon selling books at a loss in order to get you in to shop higher return goods like televisions and power drills. Beyond Amazon, there’s the truth that people aren’t reading as they used to.

As they used to is key. People aren’t reading less, just differently. Technology has innovated, letting in poetry at 140 characters and new shorthands like #this and these: DTF, IMHO, and lol (best in smallcaps); it has publicized our marginalia in comments and shares, made .docs searchable, brought back the scroll, and brought forth reams of debates on the changing state of reading.

“People forget that a book or codex is a technology,” reminded ambient lit artist Tan Lin in a 2012 interview in the new media art publication Rhizome (so named after Deleuze and Guattari’s “image of thought” concept). Literary types privilege the book as the ultimate form for reading. To privilege the book as reading, though—to forget that it is a technology—is analogous to forgetting one has a body (something lit types are also wont to do), and to forget one has a body is to let it soften and lay to waste. When you recognize the book as technology, you realize that print and screen, like body and mind, are not mutually exclusive mediums, but that they are increasingly mutually influencing.

Browsing through McNally Jackson, I can pull dozens of new titles which wouldn’t exist were it not for the net. Most of these come from art and poetry publishers, as that’s where formal innovation always seems to start (Kenneth Goldsmith: “In 1959 the poet and artist Brion Gysin claimed that writing was 50 years behind painting. He might still be right.”). Our best-selling art book at the moment, for instance, Another Companion to the Books from the Simpsons (Rollo Press, 2012), is an ideal Tumblr project made more precious in codex: a Simpson-Caucasian-yellow catalog of screenshots of every appearance of a book on the animated television series.

“Printernet” is a term used to describe print representations of web interfaces, like Masha Tupitsyn’s multicategoric Love Dog (Penny-Ante Edition, 2013), an art/poetry/philosophy/film/memoir folio that collates some of the writer’s immoderate output on Tumblr. Love Dog reproduces the structure and contents of Tupitsyn’s microblog (each post is dated and titled as it would be online; YouTube links, some already expired, and image attachments are also included, fossilized on the static page), making it more accessible by breaking the scroll into page parts and flipping the feed so that it reads chronologically. Love Dog wouldn’t work as a book without the Tumblr-like template.

More mainstream examples of printerneting can be found in Marisha Pessl’s mystery novel Night Film (Random House, 2013), which opens with a series of fictional news-stories laid out as they would be on The New York Times and Time’s websites, and Jennifer Egan’s Pulitzer Prize-winning A Visit From the Goon Squad (Knopf, 2010), one chapter of which is a PowerPoint presentation.

Marie Calloway’s what purpose did i serve in your life (Tyrant Books, 2013) is perhaps the ultimate printernet text. A collection of explicitly sexual short fiction, evidently autobiographical, what purpose reads and looks like a LiveJournal. Some of its stories are told in screenshots of Facebook messages and webcam selfies. The book can be understood as one giant selfie—Calloway’s attempt to see herself from the outside. The cover, a glamour portrait of the author, which is near-life-size on the laptop-big book, reinforces this notion.

I’m nauseous
Cos of the possibility of us attacking Iran
And the hot rain falling right now.
Manhattan is full of white women with
Businesslike bodies. It’s all
Handheld devices.

And it comes out—caps after every line break—exactly as it would if you typed it on a tablet.

“Most books feel like books, and to have that slightly… interfered with is interesting,” Choire Sicha, founder of The Awl and author of Very Recent History: An Entirely Factual Account of a Year (c. AD 2009) in a Large City (Harper, 2013), wrote to me. I emailed him because I loved his book and I loved it even more because its dimensions reminded me of my iPhone. The book is a non-fiction narrative about young men whose lives unfold as much online and in text as IRL. Its vertiginous aspect ratio caused my eye to scan fast down the page, as if scrolling through a friend’s gossip-rich email on my phone. Sicha admitted that he’d not been thinking of an iPhone, though he appreciated the allusion. He and his editor Barry Harbaugh liked the unusually tall and skinny trim size as it telegraphed (this is Harbaugh), “the unusual nature of the project itself (i.e. that it’s not straight nonfiction, despite being ‘entirely factual’).”

People aren’t reading less, just differently. Technology has innovated, letting in poetry at 140 characters and new shorthands like #this and these: DTF, IMHO, and lol (best in smallcaps); it has publicized our marginalia in comments and shares, made .docs searchable, brought back the scroll, and brought forth reams of debates on the changing state of reading.

Something different happens when you read off a cereal box, a tablet, a cell phone, a magazine. Very Recent History’s iPhone-esque aspect ratio, deliberate or not, changed my relation to the text. Marie Calloway’s selfies charge her prose. What printernet and other New Aesthetic-infused book design shows is that differences in medium are as significant as those of arrangement: it’s not just about print versus screen, but about the space between lines and margins, the letterform, the grammar, whether colour or black and white, footnoted or hyperlinked, haptic or static. Long reads websites like Triple Canopy and The New Inquiry recognize this; they facilitate immersive reading with a traditional book look of wide, white margins and and clear, serif fonts.

chunking is how we read text.
two or three words at a time.
the coffee flavor containing apple.
it seems text is changing and
we are all becoming
ee cummings

I just copied and pasted that from an e-mail correspondence with an old-school eccentric who has been trying, for decades, to invent a language that would be made with the body but not with the hands. I do not understand the project. When he tries to explain it to me in speech, I invariably get lost and start thumbing through my iPhone, a bored reflex that he, the reluctant flip-phone carrier, finds truly offensive.

We are living in an interesting time, as we are living in a time when people live in vastly different times. There are the senior citizens who telephone into McJ and order classics for hand delivery. There are the kids who snap #bookselfies in the back. There’s Jonathan Franzen, whose viral Karl Krausian crank against modern technology (pitting the central culture war as one between Mac and PC users) so confused one of my co-workers that for weeks he could be found muttering, “But I just don’t understand what Franzen’s trying to say.” Then there’s my friend Sarah, who collaborated with me on a Twitter-catalyzed Chris Kraus “cunt-up” of Franzen’s whine for the online-only magazine The New Inquiry, and who has said, “the Internet is where we live. It’s not a place we go to anymore; it’s a layer over everything,” and who I see more than anywhere at McJ, and who is sometimes recognized there, and tweeted about.

Books are changing, reading is change, the world is changing—but isn’t it always? New media naysayers like Franzen and my dear flip-phone friend, or like David Mikics, author of Slow Reading in a Hurried Age (Belknap Press, 2013), bemoan our shortening attention spans and increasingly infomanic culture. Good old books are proffered as the cure. Old media’s most-published proponents, it needs to be noted, are old men suited to old modes of production. In the case of Mr. Flip-Phone, the recall tool I keep in my pocket threatens his most impressive parlor trick: he can recite passages of Umberto Eco by heart, whereas I’ve only ever had a memory for the connections between things.

Tabs are not the new chapters, nor are Bookmarks the new bookmarks. Screen culture isn’t replacing book culture, what we’re experience now is simply a multiplying of the ways we organize information. On an object level, books are becoming more beautiful and experimental. On a subject level, writers are as well—never before have we heard from so many different kinds of voices. With this proliferation of specialized subjects, the most important issue in terms of the future of reading will not be the death of book culture (doomsday prophecies are a power bid), but how we can hear from those outside of our self-reinforcing circles. I was once an Internet explorer, using, in turn, Altavista, Yahoo, Google, and AskJeeves to search for content; now, I rely on my custom-tailored feeds. McNally Jackson is where I go to run into the unexpected; it’s the body to my Internet mind.

Fiona Duncan is a writer and bookseller currently living in New York. 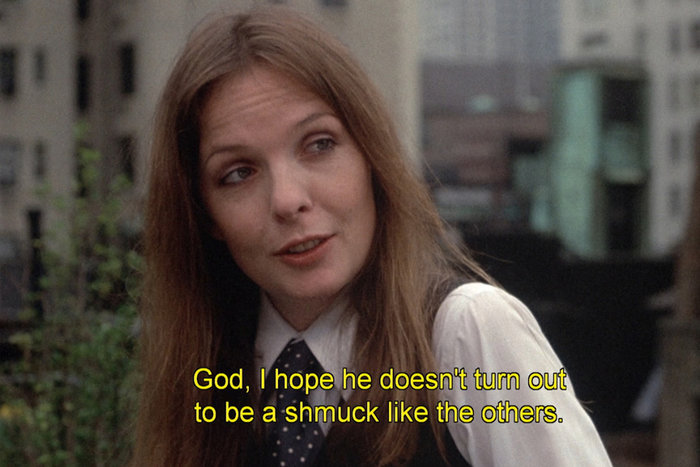 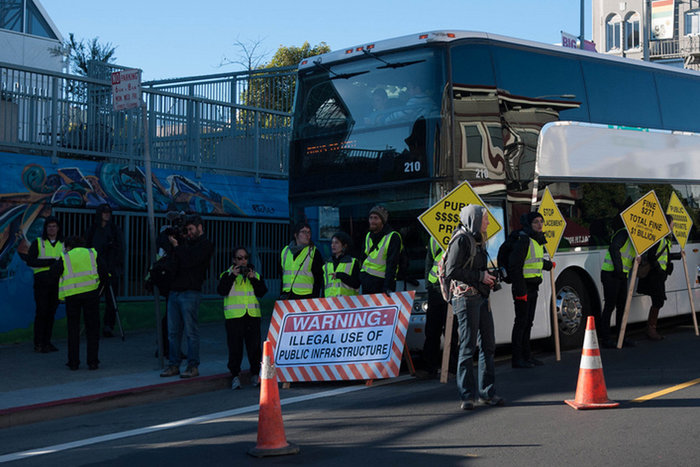 Urbanism
Why Your City’s Government is a Pit of Despair