Excerpt: You Aren’t What You Eat

We have become obsessed by food: where it comes from, where to buy it, how to cook it and—most absurdly of all—how to eat it. Our televisions and newspapers are filled with celebrity chefs, latter-day priests whose authority and ambition range from the small scale (what we should have for supper) to large-scale public schemes designed to improve our communal eating habits. When did the basic human imperative to feed ourselves mutate into such a multitude of anxieties about provenance, ethics, health, lifestyle and class status? An excerpt from our latest Hazlitt Original, Steven Poole’s You Aren’t What You Eat: Fed Up with Gastroculture. 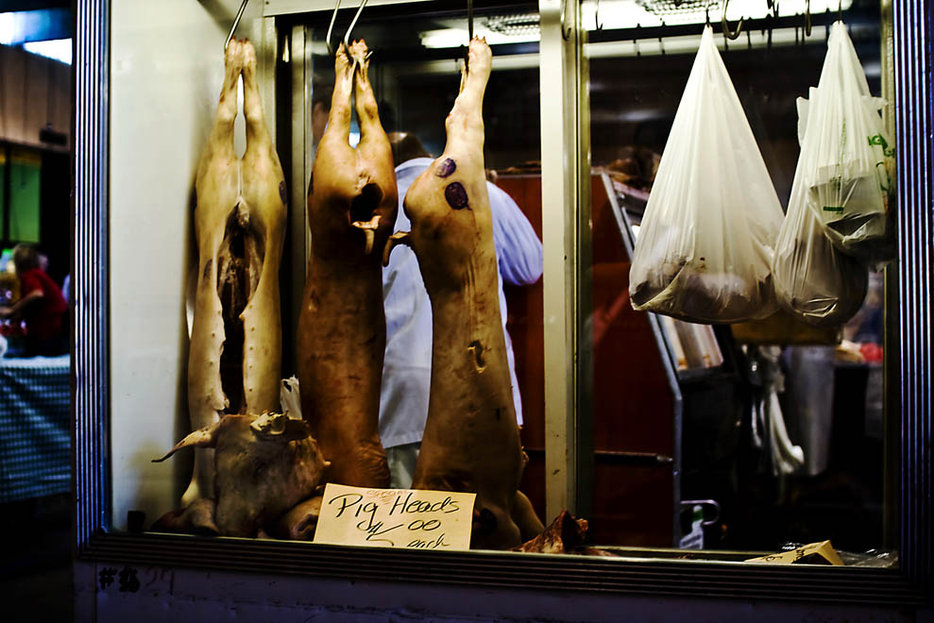 On a crisp autumn evening in a north London street, a rôtisserie trailer is parked outside a garden flat, green fairy lights blinking on and off, warm chickens perfuming the air. A thirtyish hipster wanders out to where I’m standing with a friend on the pavement and drawls his unimpressed judgement of what is going on inside. “I think the arancinis are not quite spicy enough,” he informs us, with an eaten-it-all-before air. “Could have more flavour, not really exotic.” Right now I haven’t the faintest idea what ‘arancinis’ are (or that arancini, like panini, is already an Italian plural), but I nod knowingly while typing his thoughts into my phone, and my friend keeps him talking. “I thought the Korean burger was quite good,” the hipster goes on, without much kimchi-fired enthusiasm, “but I think a lot of people don’t make their food with enough shbang … They kind of cater to the middle of the road.” Twenty-five years ago, he could have been an indie-rock fan bemoaning the blandness of chart music. Now he’s a social-smoking, foodier-than-thou critic at a ‘Food Rave.’

I found the Food Rave advertised online and knew I had to attend. I met my friend in a nearby pub first, and we spent a couple of pints of bitter debating whether we should have brought glowsticks, or if we would bump into the Happy Mondays dancer-cum-mascot Bez, waving giant chicken drumsticks in place of his habitual maracas, warm poultry juice glistening on his chin as he stared into the middle distance, jerking his body to an unheard soundtrack of gustatory trance.

The name of the Food Rave, as I will gradually realize over the course of writing this book, is entirely appropriate for a modern culture in which food is the last ingestible substance you can indulge in with fanatical obsessiveness without being frowned upon by society. Alex James, the Blur bassist turned gentleman cheese farmer and Sun food columnist, has said: “My 20th birthday party was all about booze, my 30th birthday was about drugs, and now I realise that my 40s are about food.” And he is not alone. Food replaces drugs in the gently ageing food-fancier’s pantheon of pleasure, and brings along with it traces of the old pharmaceutical vocabulary. You hear talk of taking a ‘hit’ of a dish or its sauce, as though from a spliff or bong; and a food-obsessive in hunter-gatherer mode is thrilled to ‘score’ a few chanterelle mushrooms, as though he has had to buy them from a dodgy-looking gent on a murky Camden street corner. (Cheeky Jamie Oliver, part of whose charm lies in his air of dubious legality, mines this seam concertedly, ducking into a pie shop ‘to score a taste of the old school.’) Food is valued for its psychotropic ‘rush;’ Nigella Lawson refers to salted caramel as “this Class A foodstuff.” Yes, food is the new drugs for former Britpoppers and the Ecstasy generation, a safer and more respectable hedonic tool, the key to a comfortingly domesticized high.

Arriving at the Food Rave and feeling a little peckish, we squeeze through the front door, down the hall, and into the garden, which is crammed with British food producers affably selling their wares to 150 or so youngish and hungry customers. People are ambling slowly through the throng alongside tented stalls that house people cooking and selling venison burgers, ‘Mauritian Street Food,’ Italian sausages, and those Korean burgers: according to their Scottish explicator, who talks while her colleague cooks, their special ingredient, the spiced cabbagey condiment kimchi, is “one of the top five health foods in the world.”

There are also ‘raclett [sic] sandwiches,’ which customers are invited to ‘punk up’ with extra pickles; a serious knot of people studiously tasting different olive oils on bits of torn bread; a tent housing ‘artisan’ chocolate bars (for a slab roughly five by eight centimetres, or what I would call half a bar of chocolate, they want four quid); a married couple who, sweetly, have just tried oysters for the first time together (she liked them; he didn’t); and, thankfully, a cheerful chap serving excellent draught ale. Inside, there are breadmaking and other culinary ‘demonstrations’ in the kitchen; puddings and cakes in the living room; and musicians playing tasteful acoustic folk on a wrought-iron balcony. The raviest character on the whole scene is a man with a head-mounted torch sharpening his knife over an enormous salmon fillet laid sacrificially on a plank.

Despite the connotations of illegal excitement that the name Food Rave deliberately plays on, there is little that is ‘underground’ about this quite pleasant event: the host has no doubt acquired the proper licences for the serving of liquor, and a man is wandering around filming the gobbling crowd with a television-grade video camera. It’s much like a miniature, nocturnal version of any good street food market, and in a way is disappointing for its lack of displays of extreme eating or utterly repulsive contraband dishes featuring diced dog or craniotomized monkey, which might have given proceedings an edge of forbidden pleasure.

There is one corner of weirdness, in the shape of a colourfully wrapped woman sitting at a tiny table in the hall offering Tarot readings. I notice her only when attempting to rest my ale on the tiny table, something the cards violently forbid, at least in her interpretation. By coincidence, when we are outside on the street later, the hipster-critic tells us that his girlfriend is inside having a reading. “It’s quite funny that she’s having her Tarot read because I read Tarot cards,” he says, with the kind of studied casualness one might use to announce that one can levitate. There is a moment of reverent silence, and then my friend leaps to the rescue. How come, he asks. “Because I can, I’ve got a talent for it,” the hipster says airily. “It makes no sense to me, I’m not a scientist.” The idea that, if anyone in the vicinity were a scientist, they would be able to make sense of his ability to read Tarot cards is almost charming in its innocence. Granted, this is a diluted and spiceless version of the dark arts, glibly appropriated by the New Age reflex of the modern hipster, and yet it still seems odd, the irruption into a miniature eating festival of the occult. But this, it will become clear to me, is just another instance of the general rule that, the more obsessed people become by food, the more they are likely to believe in all other kinds of woo-woo bullshit.

By the time the hipster has progressed to telling us that he and his girlfriend have been “trying to do that cooking of a whole lamb with the hay,” but that the hay caught fire and reduced the whole animal to ash, I am losing the will to live. Eventually we manage to plunge back into the garden, at the end of which a friendly mixologist is disbursing the most delicious cocktails. Rave on.

Poetry
He Will Not Drown His Sorrows 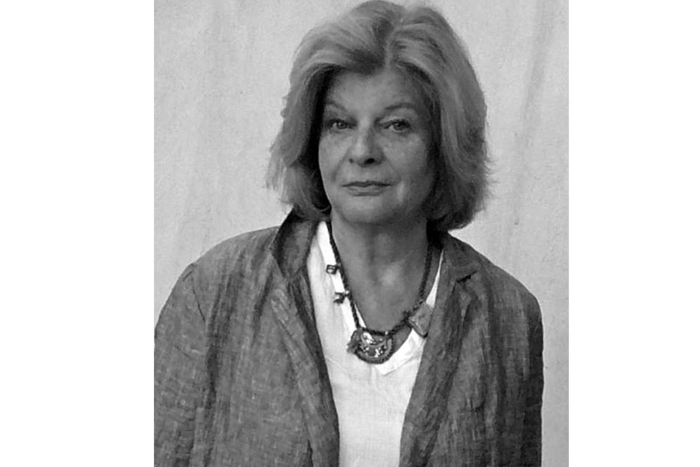 Interview
To Enter that Wonder: An Interview with Linda Spalding