A Definition of Fiction and Poetry

Just as a wall does not separate but binds two things together, language keeps us inextricably entangled and inextricably separate.

Anne Michaels is a novelist... 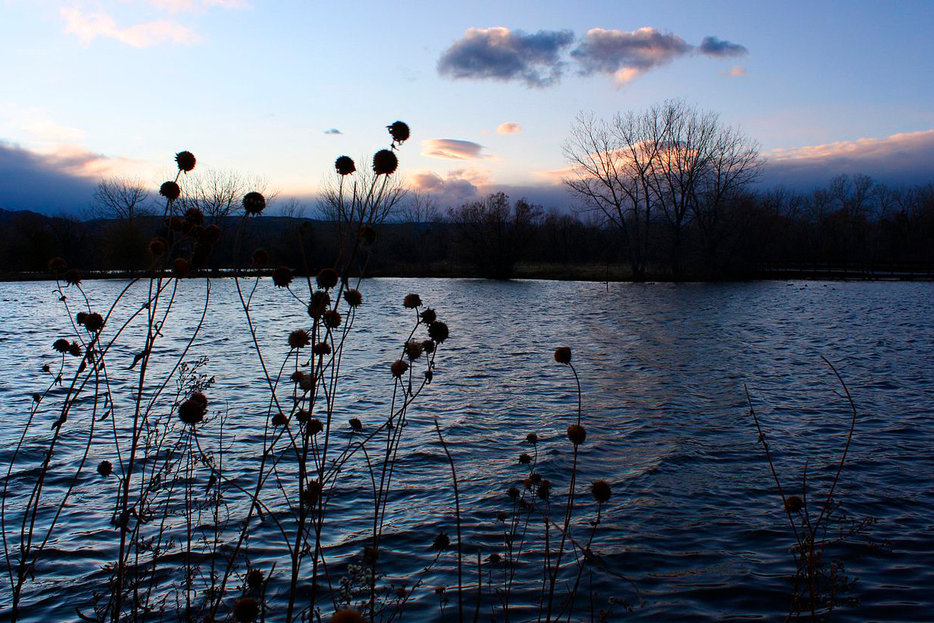 Fiction sets a broken bone in the hope that it will mend straight.

It is a plea, a prayer, and because language itself is hope—the autonomic hope of a voice calling out even in despair, even involuntarily—fiction seeks the error in a complex mechanism, seeks to reset the human flaw.

Fiction recreates what never happened. By recreating that potential, it addresses both past and future. It does not seek forgiveness, it seeks to understand. It does not dare to hope, yet it is hope distilled. It is both solute and solvent, resignation and conspiracy. Buried within the history of what did not happen is the possibility of redemption—at the core of failure. That redemption does not lie in words or in the writer, but in the reader.

Poetry, by its very nature, is defiant. It is spit in the eye of the oppressor. It is the defiance of lovers who will not waste a moment, knowing they may never see each other again on this earth. It is a single letter scrawled on a wall, a signal to the others. Every poem, by daring to hold and name a moment, defies death. The shortest poem is a name.

Poetry is the lonely, radical, precious expression of a single life. The singularity of the unique human soul who must cry out. Because of love, because of wounds, because of injustice, because of hunger, because of exile and migration, because of dispossession of every kind, because we have lost someone we love and cannot bear that loss, because night comes on and we are alone, because morning comes and blessedly our children are still safe asleep beside us, because the language the migrant speaks in the street is not the language in which he dreams, because parents sing lullabies in a language their children do not understand, because any moment we might die and—where do we belong? In the place we are born, or the place where we are buried, the place where we fall in love, the place where our children are born, the place where we made a catastrophic mistake… Poetry is born of all these things and everything else, it is the consuming subjective experience of the body, which ensures we are alone and never alone. Language keeps us inextricably entangled and inextricably separate. Just as a wall does not separate but binds two things together.

Poetry can be an ambush—the glint of a knife on a dark road—because it asks: how much is your life worth?

Poetry is insurrection, resurrection, insubordination—against amnesia of every sort, against every form of oppression, dispossession and indifference. And against the drowning noise of other words.

Poetry is a dispatch from the front. Because the ones who cry out cannot wait and have always had to wait in their urgency. Because love cannot wait—an entire life passes in a moment. Because we can say yes or we can say no. Under the wire, under the radar, or out across the desperate open space of a page.

A story or a poem is like a living body; we need only tell the few, precise pulse points to feel the heart of it leaping in its skin. Those details are the flare in the desert, a signal from a boat mid-ocean, the cry of the abandoned, the ones caught in a trap who must be freed. To rescue, to name what must not be forgotten.

We belong where love finds us.

We write and we read in order to hold another human being close.

For the writer, the relationship on the page between writer and reader, is a privilege. To hold close with a reader through territory that is philosophically, morally, emotionally, perilous. To never reduce the complexity of an idea or an historical event. This companionship, like solace, can never be taken for granted.

To write—as far as humanly possible—undefended; to write without the defence of assumptions; without philosophical, religious, political, psychological agendas. To risk one’s heart, one’s will. Risk, with all its terrors and consequences—because the writer does not know where the search will abandon her, what conclusions, if any, will be reached. To collect facts is one thing, to discover the meaning of the facts, quite another. To ask questions that inherently have no answers. To have an instinct that a cluster of events somehow are related, though the relationship is not clear. Again, not comparison, but connection. From the friction of these questions arises an image, a situation, with characters who, sudden as their appearance in the writer’s mind, the writer is responsible for, and responsible to.

To investigate the complicated relationship between huge historic event and intimate, domestic event: the relationship between personal grief and historical grief; how we remember privately, and how we remember—and memorialize—publicly, collectively. Each community, each nation, faces this question and answers it in its own way, according to its own needs. Do we leave the bombed ruins where they fell and build the modern cathedral beside them? Do we clear the ruins, erase them completely, then build a modern city in its place? Do we re-create, make an exact replica of everything that has been destroyed—every inch of the old town, every doorway and streetlamp, every cornice, curb, and window sill? An act of defiance and despair. Because, of course, we can’t bring back the past; we can’t bring back the dead.

To be silenced by events, by the depth of horror of an historical event. To take a decade to think, to research, to be silenced, to witness, is not inordinate. To proceed from fact, to identify and separate each strand of detail and minutiae. To be silenced by a single image, an image that comprehensively disintegrates one world and asserts another in its place, a single fact so inexpressibly painful to witness—the word “inexpressible” being the point—that one weeps, stands up, leaves the desk, leaves the room, closes the door. And does not write a word for months. The months away from the desk are painful; who are we to speak? Who are we if we do not speak?

The writer who takes on the task of this subject-matter, the task of witnessing—whether the events of one’s own generation, or generations before us—must, as George Steiner says, make her “own deposit in the bank of terror.” When confronting certain events, when there is no solace to be taken, we must instead take silence—silence instead of solace—just as one would at a funeral, the “moment” of silence—before we can presume to pronounce upon meaning. Where history is concerned, this “moment” of silence is an honest and morally imperative course of action. To take this kind of time when writing a novel—to insist upon it as a necessity—is not a very popular idea. But there is only one chance to honour these characters, their experience, certain events; especially where history is concerned, one has a responsibility, a duty to those characters, their experience, those events. And a responsibility to the reader.

To write because something is at stake. To take on a task that makes the distinction between “impossible” and “futile,” for these are entirely different.

A writer’s failure is inevitable: the innate failure of language to recreate experience. When one is writing about the horror of specific historical events this is not a question of style or technique—it is a moral question. One could write about the events of war with brutal, ugly language. But that is more of a lie—because it makes the false assumption that this horror can be represented. Instead, to choose a very different kind of language to write about those events; a kind of language that might bring the reader—and the writer—to the precise moment before we turn away.

We have an instinctive belief in the power of violence—we don’t need to be repeatedly reminded of that power. But, that a single act of compassion, or simply the refusal to do harm, also has profound power—this is something we seem to need to be reminded of, again and again.

An act of violence demands a response. An act of goodness is its own response.

Ideals are not for packing away on the high shelf; they must be used. They will be damaged, broken. But that is what an ideal is for—for daily use and daily life. Just as morality is a muscle, and must be exercised, with the hope that we will reach out our hand instinctively when it is needed most.

Morality is a muscle and must be exercised if we are to respond, to do the right thing instinctively—to overcome our hopelessness, our indifference, our shock. Literature is one place to exercise that muscle.

What we believe in absolutely, we believe in only because we have tested those beliefs to their limit. It is only because a writer tries so hard to prove them untrue, that she can trust them, live by them, earn the privilege of offering them to a reader.

Anne Michaels is a novelist an 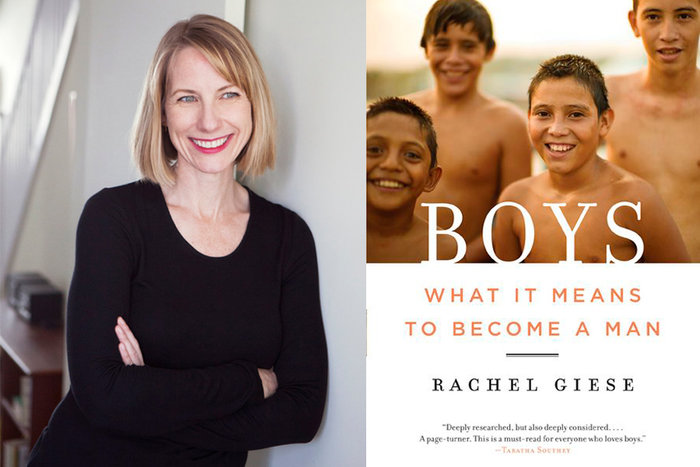 Interview
Boyhood is Bigger Than the Stereotype: An Interview with Rachel Giese
The author of Boys: What It Means to Become a Man on navigating masculinity in parenting, sex education and sports. 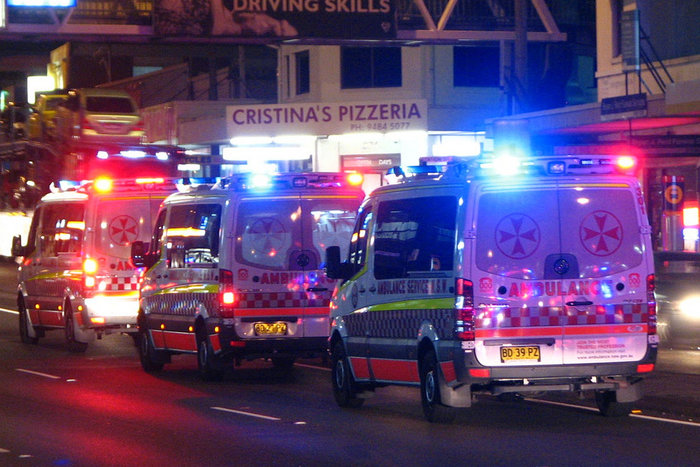 Society
A Real Emergency
Ambulance services, at their core, are about transportation. We arrive at the crisis point of a story and we almost…