An Answer I Can’t Give My Daughters

I don’t want to test my children for genetic illness to subvert their autonomy, but to allow them to fully exert it. And though I have the means, I can’t quite find the will.

Darlena Cunha is an adjunct professor at the University of Florida College of Journalism... 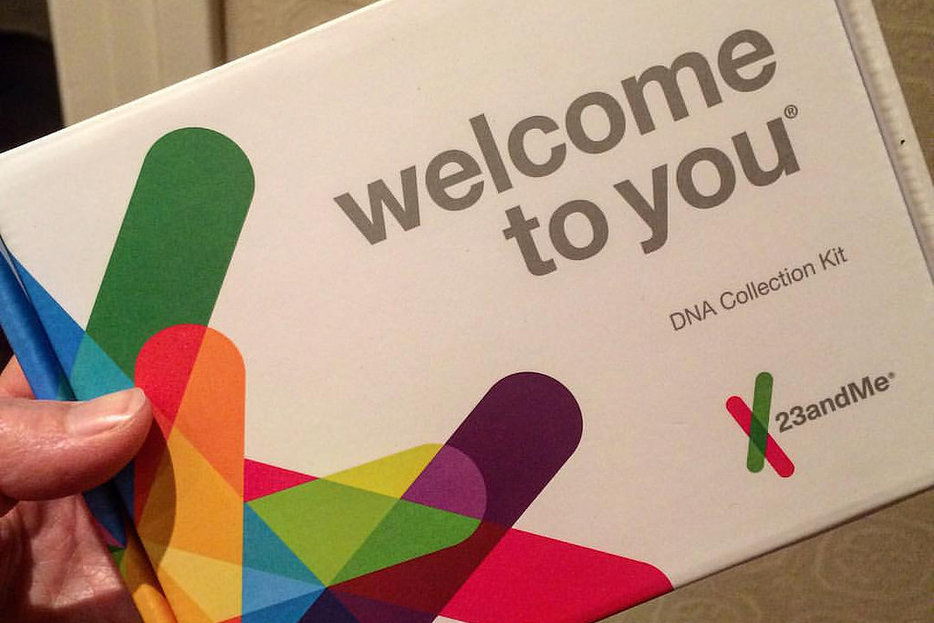 In my right desk drawer, on top of old greeting cards and beneath my checkbook and a roll of stamps, sits a 23 and Me DNA testing kit. It is unopened, still in its shrink-wrapped plastic casing as it has been since it arrived, three days before Christmas last year.

I had bought it during those cyber holiday deal days—got it half off, in fact. It’s one of those fancy ones, the ones that tell you not only your ancestral background but also some of your genetic makeup. One swab of your cheek, and you can tell if you are a carrier for hereditary diseases. Maybe you have a recessive gene for sickle cell anemia; it’s no big deal for you, but if your partner also has one, your future children are at risk. A bit of spit also tells you your own genetic risk. Perhaps you have variants of certain genes that come with an increased risk of Parkinson’s. A wealth of knowledge is right at my fingertips. And yet, it sits there, untouched.

Because it’s not for me.

I already know I have the BRCA I mutation. A broken link in my treacherous DNA gave me an eighty-seven percent chance of developing breast cancer and a sixty percent chance of ovarian cancer. I’ve already gone through months of monitoring, MRIs, biopsies. I’ve been poked and prodded for years.

I got my breasts removed this past February, after a cancer scare that thankfully turned out to be just a scare. I have no feeling in my chest now, where my pectoral muscles sit atop two bags of saline, hard and unmoving even all these months later.

I have to go to a special cancer gynecologist to make sure I don’t yet have ovarian cancer. In fact, I should get my ovaries removed entirely, but I just can’t bring myself to face menopause yet, at only thirty-five. So, I live with the knowledge that if I’m wrong, if I get cancer before I get the surgery, I will likely die. Unlike breast cancer, ovarian cancer is hard to detect until it’s too far along to be stopped. Those with a diagnosis are given an amount of time they have left, not a visionary plan for remission.

I learned all of this about my body just a few years ago, when my mother called to tell me she had the mutation, as did all of her sisters. I got tested then, in my thirties, and I’ve had to make all my decisions in rapid succession with limited knowledge since.

I cannot get them tested for the same mutation as me, even though they have a fifty-percent chance of inheriting it. I cannot know one way or the other if my children will be nearly destined to get cancer, or if they will be spared. I’m not allowed these years to prepare, research, keep that knowledge safe for them for when they will have a better understanding of what to do with it. I cannot decide to get this test for them, because only they can—when they are eighteen, nine years from now, able to choose as adults. Or maybe they’ll choose not to, which is why parents are not allowed to test their children, according to my doctors, whom I’ve asked several times. Because some people prefer to remain in the dark about their genetic illnesses.

On the one hand, it’s obvious, and it’s something I’m a huge proponent of. Their body, their choice. How dare I, a parent, someone who is not them, decide whether or not they know their genetic makeup? They deserve to make their own medical decisions about their own bodies.

On the other hand, what makes this different from so many other conditions? Parents are allowed to test their children for multiple conditions and diseases. We worry over whether their weight is on track with all the other children; we fret if they can’t hold a cup by eight months; if they have a sore throat, we are allowed to take them to the doctor to find out if it is strep. We are their guardians. All of their medical information goes through us. And what is a BRCA mutation if not medical information?

I don’t want to test my children to subvert their autonomy. I want to test them to allow them to fully exert it. Why should they have to deal with this sudden and heartbreaking knowledge all at once, like I did, when it can be parsed bit by bit as they grow?

For me, I was pushing a grocery cart down the cereal aisle when my cell phone rang. My mother informed me right then, as I was picking out Frosted Flakes, that she came back positive for the mutation, and I needed to get tested. I had a fifty-percent chance of having it, too.

As a work-at-home mother with four-year-old twins, I had to take the girls along with me to the lab to get the test done. They sat there, wide-eyed, squeezing my hands as my blood filled the little tubes. I hadn’t been allowed to eat all day, so afterwards I dragged the girls to a small sandwich shop, even though they were tired, cranky, scared and confused about what had just happened. I had hoped them sitting in the middle of the road in protest would be the worst this got.

Two weeks later, I was fixing them a snack in front of their favorite Disney show when my phone rang again. Without pleasantries, Florida Cancer Specialists put a doctor on the line to tell me I had a nearly ninety percent chance of cancer, and a life full of tests ahead of me, starting at that moment.

Holding Teddy Grahams in my left hand, suddenly, this body that I thought I had known forever, this body I thought was my own, had turned into something else. And I had to deal with it all at once, while at the same time pretending nothing had happened. I smiled and handed out the crackers. What else could I do?

Having the information at my fingertips allowed me to do something, to take action. It hit me like a ton of bricks and I had to navigate my emotions and hide them from the girls, but it also gave me the power to change my future. It put me in control. If I had had more time in the driver’s seat, I could have planned my life differently. I could have been prepared. At least, even in my thirties, I could do something.

Wouldn’t it perhaps have been more helpful if the pieces of this puzzle had been gently dropped for me by a loving parent figure over time, with periods to process and maintain, with a guiding hand showing me the ropes, taking me through the options, telling me it’s not so bad? To have never gotten so used to myself as I was before I had to rip myself apart would have been a gift. Or would it have been? I can never know. And as such, even though I have the means to test my children, I do not have the will. I could have this all wrong—what makes me an expert over doctors and genetic counselors? Nothing. So the kit waits there.

Still, knowing sooner might give us time to line our ducks up to get my children the best treatment possible, and the treatment they are most comfortable with when they need it. My husband and I would live differently. Our savings plan would make room for the accumulated costs. All of us would have time to financially, mentally, and emotionally prepare.

Similarly, if the girls are negative, that’s nine years I don’t have to worry every day for them and their possible future. If they are positive, that’s fine. I know how to deal with that, and I will be able to calmly prepare them. Or will I? I knew how to deal with it within my own body, but even though they come from me, my children are very different from me. Perhaps my preparations would push them too hard in one way or another. Of course, I’d rather know now so we could start planning for the very same future that will await us whether we know about it or not. But I am not them. And they get to make that choice, not me.

And I wouldn’t have an unused DNA kit taunting me from a drawer in my office.

Darlena Cunha is an adjunct professor at the University of Florida College of Journalism and Communications, and a freelance writer who frequently contributes to TIME, The Washington Post and the Atlantic. 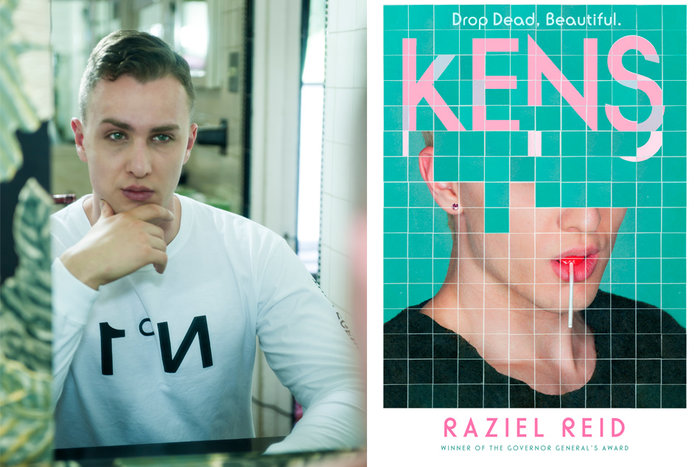 Interview
‘I’m Naturally Out of Sync with the World’: An Interview with Raziel Reid
The author of Kens on the power of satire, rituals of rejection, and imagining Christian Slater. 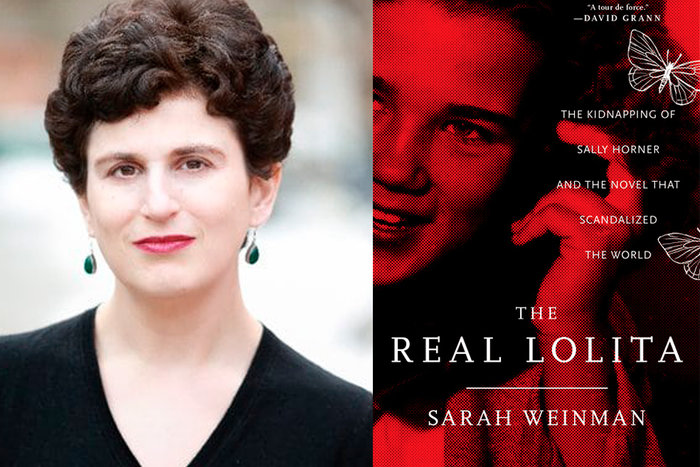 Interview
‘I Want to Get There Before Things Disappear’: An Interview with Sarah Weinman
The author of The Real Lolita on doppelgangers, the responsibilities of true crime reporting and fictionalizing people…