A Simplified Version of American History

A series of letters between editors from Melville House and Hazlitt about classic novels they may or may not have read growing up. The first installment: To Kill A Mockingbird.

Alex Shephard is Melville House’s Director of Digital Media and a founding editor of the online literary magazine Full Stop.... 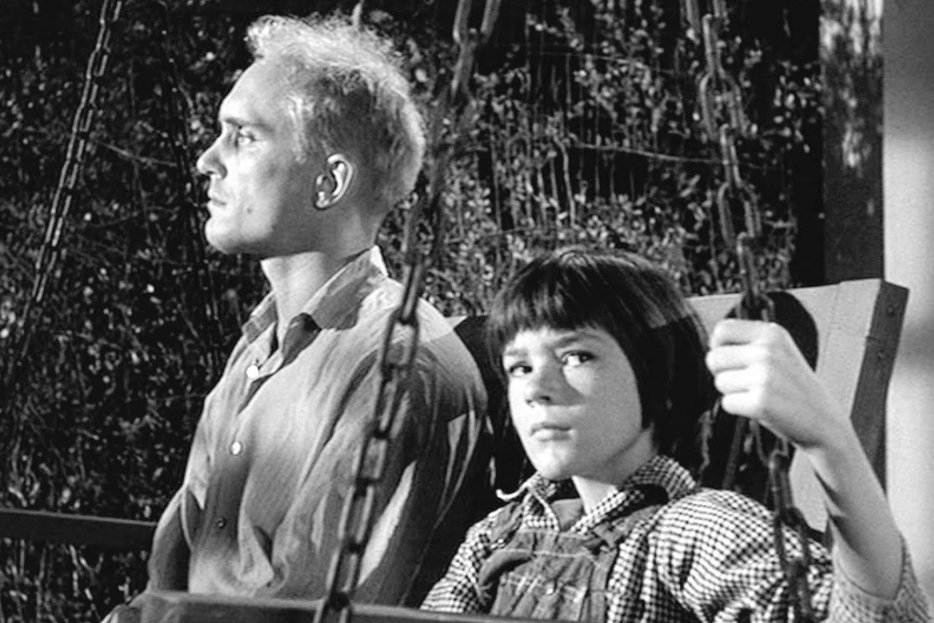 Boo and Scout in To Kill A Mockingbird.

You probably would have been more popular if you didn’t refer to friends as “chums”? Who are you, Mr. Burns? Is Canada the 1920s? Do you all play stickball all morning and meet up at the malt shop in the afternoon? Are you secretly a newsie?

Even if you’re reading this while fashioning hobo nickels, you were still a better reader than I was as a “young adult” or “preteen”—I briefly thought the two dudes who were totally gay for each other in A Separate Peace were THE SAME DUDE, Fight Club-style. Maybe we both missed the point, but that is idiotic. A Separate Piece is not an M. Night Shyamalan film, though I probably would have liked it better when I was 13 if it was.

To Kill A Mockingbird is a more important book than A Separate Peace (which taught people not to judge different cliques at prep schools or let bones stab you in the heart, because you will die), but I think you’re right to question that importance—or to ask to whom it’s important and why it remains important to many people today.

And I think you’re absolutely right that To Kill A Mockingbird’s significance is rooted as much in the context surrounding the book’s publication. This is, as you say, a book about Scout and Jem realizing that the world is unfair. I think, for many readers, it also represents their own realization of the existence of racism—or the unfairness of the world in general. (One thing we haven’t discussed, and sadly may not have time to discuss, is how the book is sneaky, subtle, and subversive about gender, specifically in the way it treats Scout’s relationship with Aunt Alexandra.)

More generally, I think that the book’s persistence is due largely to the fact that it’s become synonymous with a simplified version of American history, a narrative that suggests that the 1960s were the first moment in which the American people as a whole recognized institutional racism and the first moment they acted on that realization. Scout has, I think, become a kind of allegory for the country itself for many readers—her awakening is also the country’s.

That helps explain some of the rage (I think) at Atticus’s racist turn in Go Set A Watchman. Over time, the subtleties of To Kill A Mockingbird have been papered over; the book itself has become as marbleized as Atticus.

That shouldn’t come as much of a surprise. Atticus, the man who awoke your (ugh) “underpant-feelings,” has taken most of the damage—labeled as a “plaster saint” by some, Atticus is certainly a marble man. But Atticus is only one of a host of one-dimensional characters—characters who largely exist to further the novel’s themes. Tom Robinson’s innocence is almost comical; Bob Ewell’s a bastard from the moment he’s introduced; Mayella is a victim of circumstance. To Kill A Mockingbird is a morality play designed to systematically remove the innocence of its principal actors—Scout and Jem are the novel’s protagonists and its only truly rounded characters. The fact that they’re children means that they’re also not particularly complicated.

Still, Scout and Jem are triumphs. Simultaneously recognizable and distinct as characters, they relate to the world the way children actually do. At the same time, the qualities that make them distinct—how they process and relate to the particular idealism of children, the burning sense of right and wrong, of how things should work—consistently come into conflict with the messiness of the world around them. They work to keep that messiness away by building their own world. The conflict between their world, a child’s world, the world of the first half of the book and the real world, which breaks through during Tom Robinson’s trial and never quite goes away—no ham costume is unwieldy enough—is the novel’s central conflict, not structural racism or inequality or the vagaries of the United States’s legal system.

That helps explain some of the rage (I think) at Atticus’s racist turn in Go Set A Watchman. Over time, the subtleties of To Kill A Mockingbird have been papered over; the book itself has become as marbleized as Atticus.

Still, To Kill A Mockingbird is remarkable because of how these one-dimensional characters interact with a morality play to create a moral knot. Scout’s recognition of the world’s fundamental and unrelenting unfairness, of the evils of inequality, is what makes it so powerful, but that’s a realization borne of privilege—it’s something that Tom Robinson already knows, and an observation that would do poor, tragic Mayella Ewell no good.

I was surprised to find To Kill A Mockingbird to be far more concerned with Maycomb’s white citizens than its black ones. Over the course of the book (but especially its first half), Lee exposes the fractures and defining distinctions in Maycomb’s white community—particularly its economic divisions, though creed, point of origin, politics, and family history are also addressed.

Maycomb is a phenomenally stratified place, and its divisions are widely seen as being permanent—Scout clearly sees them as such when the novel begins. Social, economic, racial, and historical divisions to create a thick morass; the recognition of unfairness is a kind of machete, but no one, not even Atticus, can cut through social fabric this thick. If killing mockingbirds is a sin—if destroying innocence is evil—then Maycomb is a fallen city in a fallen world.

Lee’s vision of inequality extends well beyond racism, despite the novel’s reputation—this is a book about the consequences of inequality. Everyone is a victim, even that prick Bob Ewell is tragic in his own way. Atticus’s dictum that you should step inside someone else’s skin before you judge them is Lee’s as well. The result is a book that is rich and humane and unbelievably sad—the most horrific moments in the novel are both infuriating and understandable.

But I still think you’re right to question what this novel has to say right now. Lee paints with strokes so broad that, at times, the novel’s core message comes to resemble something similar to “all lives matter.” That Lee doesn’t say it in Piers Morgan’s braying tones makes it more palatable, but the refusal to address the realities of white supremacy in favor of abstractions is notable. I think those decisions are keys to the book’s longevity, but they also end up feeling safe—they limit its scope to the central morality play, to Scout’s loss of innocence, even as Lee hints at a more complicated world. It’s an impeccably structured book, but, despite all its period detail, it feels oddly timeless—it doesn’t resonate the way I want it to.

That may be because I’m making 21st century demands—demands that stem from living in a country without Trayvon Martin and Eric Garner and Cynthia Hurd and too many others—on a book that could not have anticipated them. I think To Kill A Mockingbird is a great novel—I was surprised by that—but not a great book about race. There are better books out there and there will be better ones in the world to come.

I started reading Go Set A Watchman but put it down after seven pages. I didn’t need to spend any more time in Maycomb, or maybe I didn’t care to—either way, it was clear that the Maycomb in that book was different than the Maycomb in this one. There are too many books to read.

Alex Shephard is Melville House’s Director of Digital Media and a founding editor of the online literary magazine Full Stop. 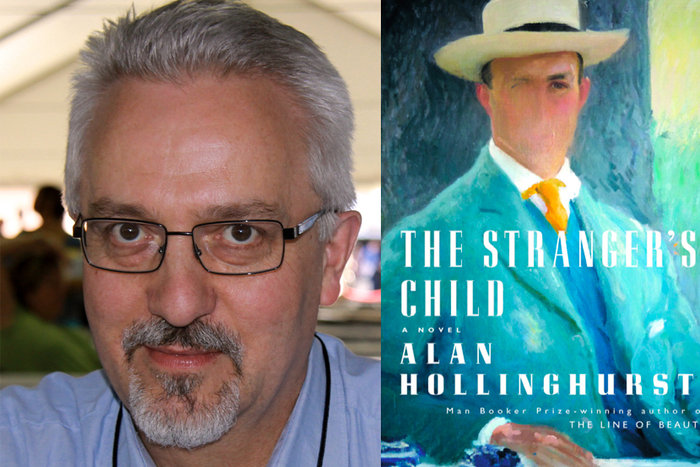 Interview
‘Perhaps I’ll Remain In Between’: An Interview with Alan Hollinghurst
A career-spanning talk with the author of The Swimming-Pool Library and The Stranger’s Child. 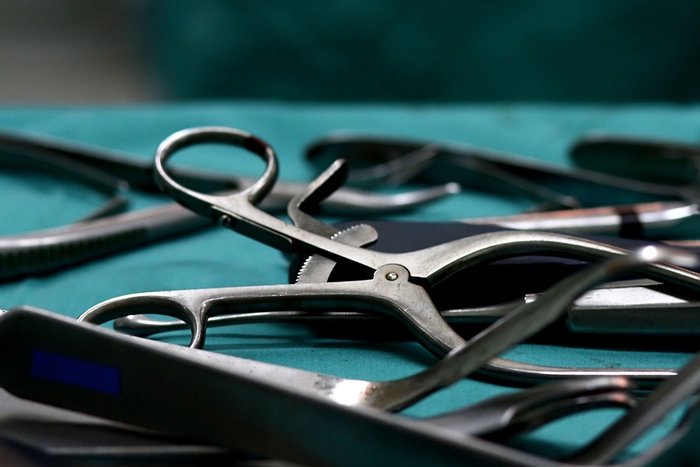 Why Do We Remember Scout But Not Tom?
Alex Shephard