Game of Thrones, Season 5, Episode 10: Thank God This Is Over 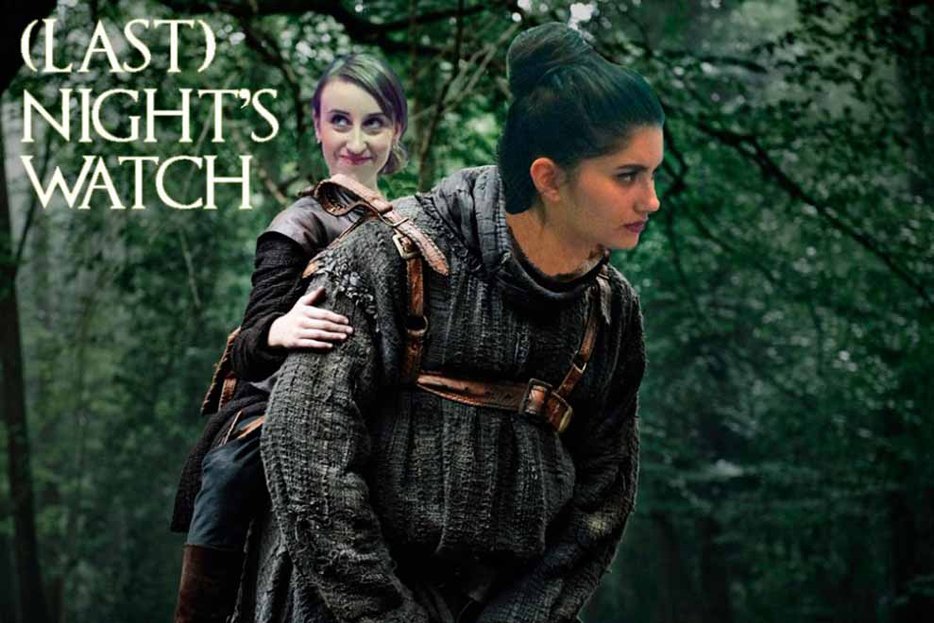 OF COURSE THAT HAPPENED.

HOW COULD I HAVE BEEN SO BLIND FOR 10 ENTIRE EPISODES?!??!

Haley: This must have been very satisfying for you.

Scaachi: I FEEL SO LIGHT AND FREE.

Scaachi: Are you upset? I know you loved him. Is this a hard time for you?

Haley: Just don’t get too excited about him being gone, is what I’m saying.

Scaachi: What does that mean? Is that a threat? Are you threatening me?

Haley: So, do you remember that big scary wolf-dog Jon Snow has? Usually when people have that kind of connection to an animal, they can inhabit that animal. So, my theory is that Jon, while his body was dying, fled into the body of Ghost, his direwolf. (Or maybe Melisandre will save him.)

Scaachi: Let me just … understand what you’re putting down.

You think that Jon Snow is dead, but his spirit—his mopey, depressing spirit—had flown into a big wolf-dog and will continue to live through that vessel.

That is what you are saying.

Haley: That is what I am saying. It’s happened before, Scaachi! I’m not just making things up here. There’s a man-eagle swooping around out there somewhere.

Scaachi: Okay, but let’s just pretend that Jon is dead (and I was reading an interview with Kit this morning where he seemed very, very sure that Jon is dead-dead and not wolf-dead (???)). Are you upset? I feel like you saw it coming, probably because it’s in the books or maybe you just knew that anytime this show builds someone up, it’s mainly to destroy them later.

Scaachi: Let’s talk about everyone else that is not Jon Snow. What exactly is going on? Eyebrow Queen is off with her dragon (ALSO DID SHE JUST LEAVE EVERYONE IN THE MIDDLE OF A FIGHT???) and being circled by horses and Cersei is being shamed naked in the streets for like seven solid minutes and Arya is blind for murdering a pedophile and I am more confused than I have ever been.

Haley: Yes, things have taken a REAL TURN. So. Daenerys did indeed leave everyone in the middle of the fight and fly away on her dragon. And as for these horse-men she’s surrounded by, you know how everyone calls her “Khaleesi?” That’s because her first husband was Khal Drogo, the ruler of these horse-dudes. He died, and they all started following her, but then a new Khal took over, so she has some history with these guys. Also can we talk about how funny that scene of everyone-deciding-how-to-find-Khaleesi was? BOY SCOUTS ASSEMBLE.

The Cersei-shaming is exactly the bullshit it looks like, except, HELLO ZOMBIE-MOUNTAIN! Is a zombie vs. zombie war in our Game of Thrones future?

This pedophile murdered Arya’s first sword-fighting teacher, so he’s been on her list for some time. I thought the “I’m Arya Stark, you’re no one” moment was so amazing, but now she’s obviously being punished by the Faceless Men.

Scaachi: One thing I can say is that this show does a great job of giving me just enough interesting bits to make me think that I actually want to watch it, before snapping it all away and leaving me with nothing. Like, three episodes of Cersei slamming her head against a wall before they chop all her hair off and some lady yells “I’VE SEEN FEWER DICKS THAN THE QUEEN”? The pacing on this show has been maddening.

Haley: Yeah, especially this season. Nothing, for so long, and then two insane episodes.

Scaachi: I’m not sure how far you are in the books but you mentioned earlier that Jon’s death is bringing the apocalypse. What do you mean?

Haley: I’ve finished the books! But things are totally up in the air now, because the show has caught up to the books and also changed so much. But Jon and Stannis seemed to be the only two people taking the White Walkers seriously, and now they’re both dead (probably?) so it seems as though the realm is back in a vulnerable position.

Scaachi: Are the White Walkers the main crux of the show? Like is that where we’ve been going to this whole time? It still seems so odd everyone else is preoccupied with each other when there are literal zombie murderers walking around.

Haley: Theoretically yes. The idea of who will rule the Seven Kingdoms is the feint, and the White Walkers are the deadly blow.

Scaachi: So basically this show can only end with everyone dying.

But wait, the show just killed all the people who think these dudes are a problem so isn’t that kind of a step backwards?

Haley: Not really, because I think there’s still a lot of other narrative work to do before the other (icy, undead) shoe drops. Apparently, for example, there’s going to be a war with DORNE now. HOW FUN.

Scaachi: Wait, which one is Dorne. (Oh also ps did we forget to talk about Reek and Sansa JUMPING INTO THE LITERAL UNKNOWN TOGETHER.)

Haley: SO MUCH TO TALK ABOUT! Dorne is the hot one. And that leap was crazy? Did they, as my co-viewer suggested, “land in the fresh pow”? There’s no way Sansa’s story ends with a plummet to her doom. I refuse to accept that.

Scaachi: Oh right, yes, one of them ladies killed the daughter of Cersei and her brother (come on) which I also do not understand! (Though nice of this show to display even the slightest bit of restraint in showing her death merely with an aggressive nosebleed and a hug with her father-uncle. Her funcle.)

Haley: LOL Funcle. So, the idea here is that Myrcella’s death is punishment for the death of Oberyn Martell, most-loved extremely-handsome Game of Thrones casualty. Ellaria blames Cersei for his death, and so she murdered Myrcella as retribution. But this will probably start a war, because there is no love lost between the Lannisters and the Martells. Also I suspect that when the White Walkers descend, escaping to Dorne will look like a pretty good option.

Scaachi: There wasn’t a ton of Dorne action this season so I’m still a little confused about their role. But it has seemed like all the Cersei stuff has been her vs. other people in her immediate circle so it would be nice to see all the worlds interact more.

Scaachi: We must discuss Jon Snow’s death more, if not only because I loved it so very much. I feel like there was a lot of meaning about what happened that I missed. That little boy in particular seemed relevant.

Scaachi: Is that the baby murderer?

Haley: Scaachi, you’re going to have to be more specific.

Scaachi: Sorry, you’re right. The baby murderer who killed Jon, like gave him the final stabs, who is that one? He killed his own parents? Right?

Haley: Oh you mean a MURDERER who is a CHILD, not a murderer of babies?

Scaachi: Yes, sorry, clearly this miscommunication is my fault. Wildlings is the name of the child? No? What?

Haley: Hahaha oh, no. Wildlings are the PEOPLE who lived beyond the Wall. Olly is the child. Wildlings killed Olly’s parents. This is going well. Also, we should title this “Final Stabs.”

Scaachi: JORDO YOU GET OUT OF HERE.

Okay, so this Stabbing Baby stabbed Jon with everyone else but why did everyone stab Jon other than the typical reasons like he’s super annoying and was designed almost specifically to be charming and handsome and “good guy” seemingly only so that they can eventually kill him?

Haley: So, the Wildlings are the Sworn Enemy of the Night’s Watch, but Jon has sympathy for them because he went undercover with a group of them for a while. He sacrificed members of the Watch to save Wildlings in the massacre at Hardhome a few episodes ago, and then brought Wildlings to live at the Wall, which many of the Night’s Watch see as both traitorous and deeply stupid.

Scaachi: Do you ever write these things to me and then pause and really think about what you’re saying?

Haley: As I confessed with deep shame earlier, yesterday, when describing Melisandre’s actions, I said, without thinking and with no trace of humour, “Stannis was never the plannis.” Game of Thrones has broken me and I should probably swear off both television and the Internet. How much will that affect my job at this Internet website, do you think?

Scaachi: Probably not at all, I keep calling our editor Jordan by “Jordo” and nothing bad has happened yet so you’re probably in the clear.

So now what?! Everyone in the cold part of this show is dead or trying to vanish with their new girlfriend (SAM I SEE YOU) or jumping into fresh pow?!

Haley: Well, if you ask me, which you did, Melisandre will resurrect Jon Snow’s body using the Shireen mojo, he’ll jump back from Ghost into it, and he, Davos, and Melisandre will team up with the Wildlings and defeat the mutinous Night’s Watch guys. Or White Walkers will wipe them out and prove Jon Snow right from the grave. But honestly, this show has completely defied my powers of prediction this season. I don’t think we’re done with the North, but I have no idea what will happen. There are a lot of players with similar intentions running around, and one assumes they will all come together at some point. I do think Melisandre has a serious fall coming, though. You can’t burn book smart children and get away with it.

Scaachi: Maybe this show will force some people to have kids so that they have a whole new generation to ruthlessly slaughter.

So, Scaachi, I want to talk “BIG PICTURE” re: this experiment you foolishly agreed to. On a scale of one to Jon Snow, how much do you regret embarking on this journey? Because having someone who is literally being paid to listen to me talk about Game of Thrones every week has been REALLY GREAT FOR ME.

Scaachi: Oh, I am furious about doing this for a few reasons.

1. So much of this show was bad! Episode after episode would be bad and then you’d get one scene that was not bad! WHICH WOULD THEN MAKE ME KEEP WATCHING THIS BAD SHOW!

2. The season ended in a way that left one hundred unanswered questions (why is Daenerys’s dragon such a bitch?) so now I know I’m going to watch next season EVEN THOUGH I HATE THIS SHOW.

3. I DIDN’T NEED NEW SHOWS, HALEY. I HAVE SO MUCH ORANGE IS THE NEW BLACK.

4. Jon Snow is bad and I thank the writers for offering me this finale gift.

Haley: You are the only person in the world who a) is happy Jon Snow is dead and b) hasn’t finished the new season of Orange is the New Black yet.

Scaachi: Oh, well pardon me, Haley, I was reading books because I happen to work in conjunction with a book publisher and books are the grapes of the soul.

Haley: Maybe Benjen Stark will come back and fix things at the Wall.

Haley: SEE YOU NEXT YEAR SCAACHI!

Scaachi: Son of a bitch. 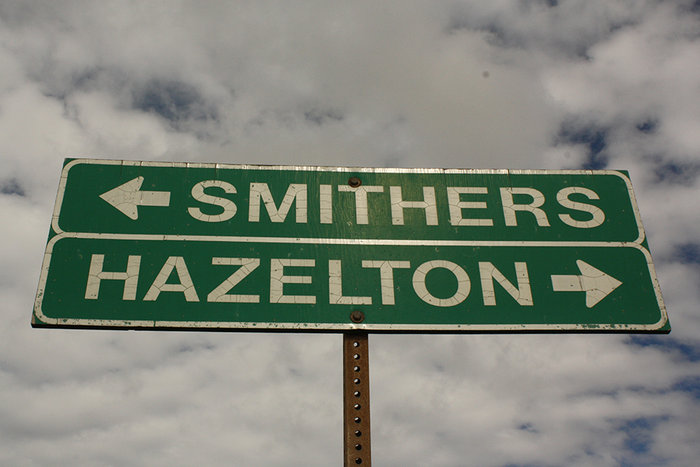 Society
The Death and Afterlife of Ramona Wilson
Twenty-one years later, a young woman’s murder continues to haunt the people who loved her. 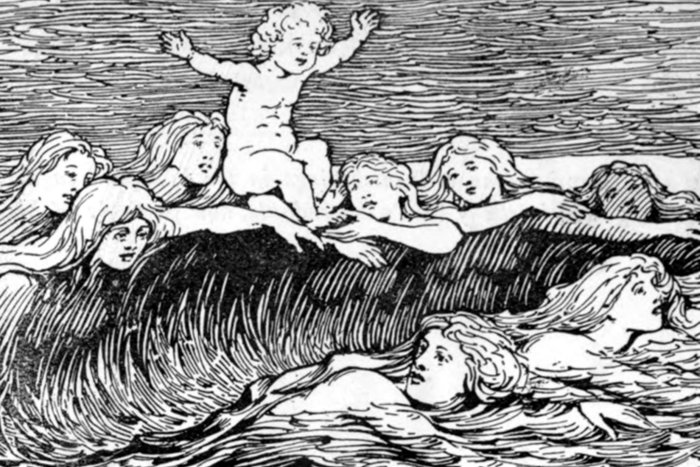 Society
All That Is (Almost) Good (Enough)
Words can’t possibly capture the experience of being a parent, but when you need a name, who do you become?