Dave Bidini On The Invention Of Olympic Poetry 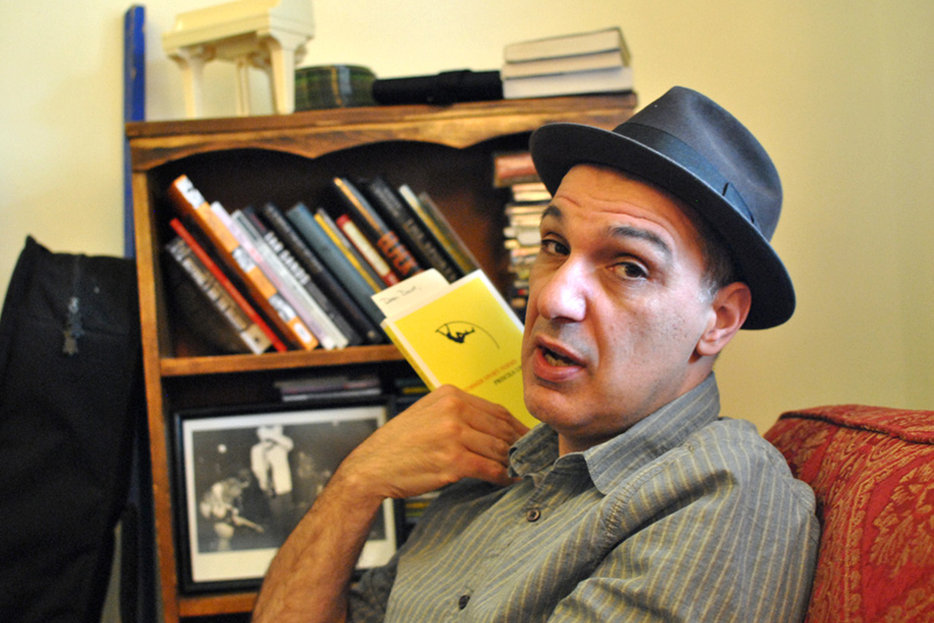 Shelf Esteem is a weekly measure of the books on the shelves of writers, editors, and other word lovers, as told to Emily M. Keeler. This week’s shelf belongs to Dave Bidini, the musician and writer whose most recent book, Keon and Me, hit shelves just last month. Bidini lives in Toronto with his family, and we spent a long time in his kitchen, drinking coffee and talking about small-town Canada, medium-sized city Canada, and Torontonian Canada. When we moved into his lemony living room, where he keeps some of his books, Bidini sat on the back of his couch.

This was my grandma’s house. The last of the old people, like the 70 year olds next door, Gino remembers me when I was a little boy. They’re hanging on. My wife was telling me how when we first moved in here, the neighbours weren’t really sure what I do. Because I don’t “go to work.” I think some of the neighbours thought I was on disability or something, and then Gino saw me on TV. He was like, “Oh, okay!” And then his son, who is kind of urbane, explained my work to him. Later, we were having a problem in the front garden, digging up some roots. Gino—he’s a strong old Italian guy—comes over with a pickaxe, and he’s digging the roots out, hacking at them with this pickaxe. And he’s sweating through his undershirt. And he says to me, he says “When you write a book, you kill me. When I do this, I kill you.” We’re killing each other. It’s hilarious.

I used to have an office on the second floor. That was 13 years ago. Now we have kids, and the lion’s share of the books are in the basement. We planned on renovating, but we only just got a light down there. So for now I have a records/CDs/books shelf in the living room. 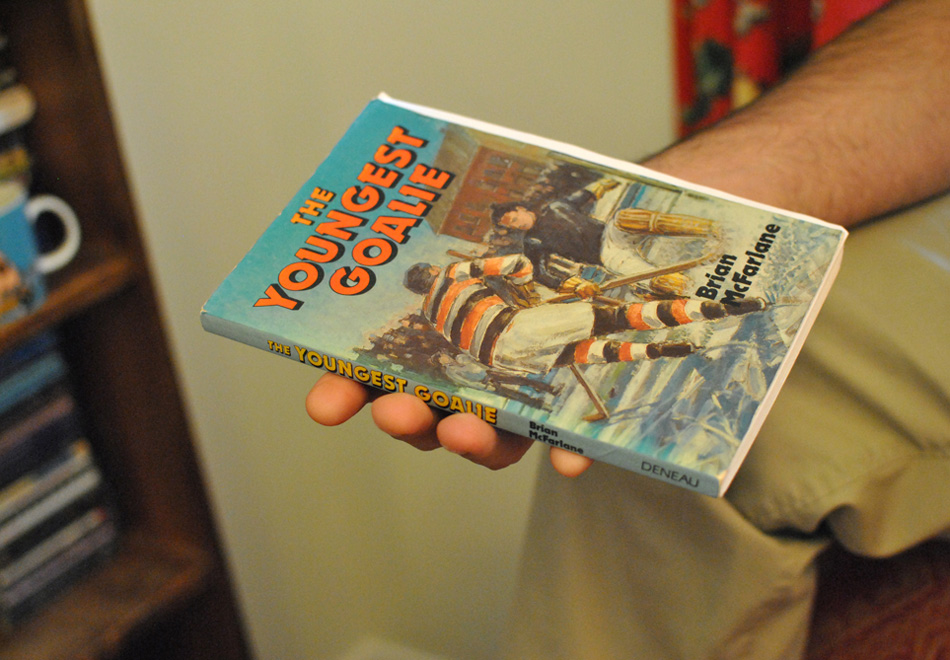 I just ordered this from Amazon, because I might write a story about this dude. It’s about this 17-year-old goalie in 1908, from Dawson City [Yukon]. His team went to Ottawa to play, and they lost both games. But they were heading back to Dawson City from Ottawa, on the train, and he got out at Pelly Crossing, about 400 miles from Dawson, and walked. He was 17 years old! He walked all the way home, through the forest.

I can’t say why these books are collected here, why these are the ones I keep together. You know what it’s like. I got some of these for my birthday, I’ve met some of these writers at festivals. Somebody gave me this for my birthday—David Collier, he’s a graphic artist. This is a collection: some were in The Hamilton Spectator, stuff from his journal, from his zines. It’s all personal. He went back to join the military at 40 years old, so he talks about his experiences. He’s got some great stories about drawing comics, just to stay sane in this military environment. He was caught by the colonel one day and he thought he was going to get in total shit. But his commanding officer was like, This is really healthy. I want you to pursue this, I want to see all the stuff you do. He’s a funny guy. 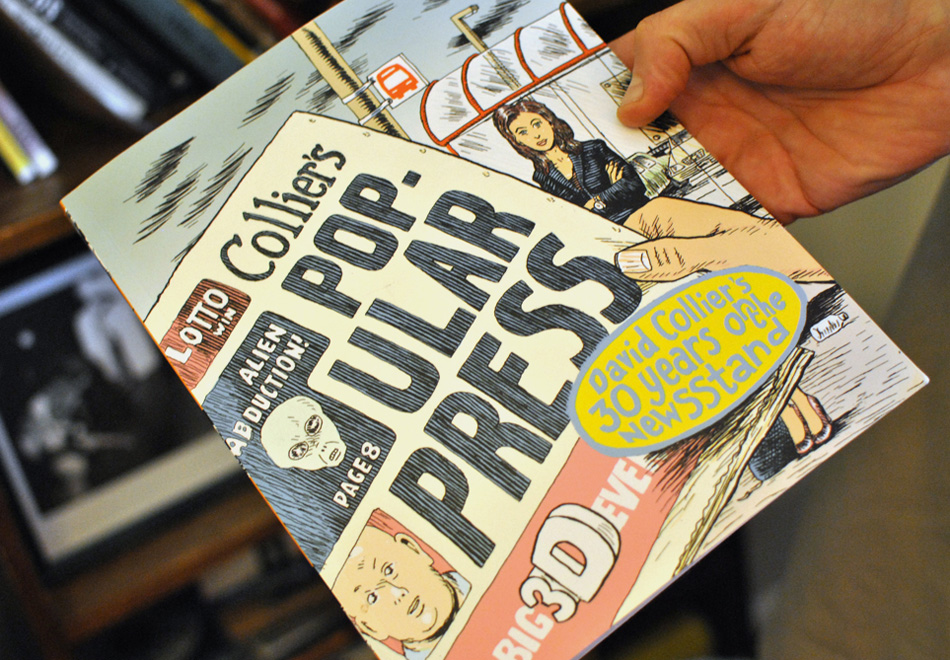 The first gig I ever played was at this place called the Edge. David Collier was a busboy there, and he remembered it. I actually wrote a piece about it for Maisonneuve that won the National Magazine Award, blah blah blah. But it was about how I kind of met him, and people related to him over the course of this one tour that I did. After my wife and I lost a child, I had to go on tour. It was the worst. And she found out that she was pregnant while I was away, and a series of crazy, mystical things happened. He’s involved, he shows up in one of the sequences. There were ghosts, there were dead writers, it was bizarre.

So this guy, Steven Watson. Do you you know this book, Before I Go To Sleep? It’s a totally commercial book, sold four million copies. I met this guy in Brisbane. The book is being made into a movie by Ridley Scott, and Nicole Kidman is the star. So he’s totally fucking, you know, he just can’t believe this thing that he created went so insanely well. People loved it. It’s about this woman who doesn’t posses the ability to remember. Every time she wakes up, her memory is erased. Over the course of the day, she’ll retain some information, what happened that morning, or that afternoon. But after she falls asleep, or when she wakes up, her memory’s completely gone. She has to reconstruct her life every day. Anyway, I really like Steven a lot. He’s such a good guy. 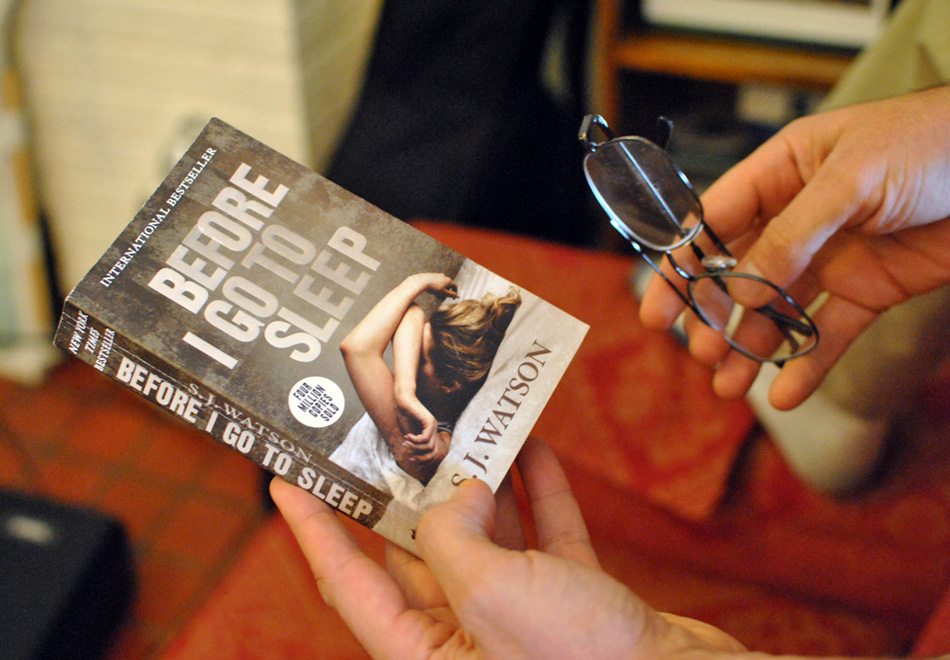 I always say that art in Canada—and I’m sure it’s not just in Canada—can be so quietly competitive, and I think a little bit mean at times. Because there’s not a ton of money. And because—you know how we talk about, say, the Giller, which happens just once a year. I do think there’s a quiet sort of competitiveness. But the great thing about meeting Steven was that our books, our writing, is not even close to being in the same arena. He’s just somebody that I really really like, and I can be totally, so thrilled and happy for him. Generally I am happy about people’s successes, it can just be a little weird sometimes. But he’s so great.

This is the new Priscila Uppal. More poetry. Isn’t that a delicious colour for a book? What is that? That’s like banana popsicle, maybe. Or lemon meringue. She wrote these poems at the London Olympics. I think her story is really interesting, in terms of how she came to write these poems. The first set of poems she did were winter poems—at the Vancouver Olympics. She just gets an idea one day: What if the Canadian Olympic Team had a poet in residence. Wouldn’t that be interesting? So she called the Canadian Olympic team and said she was a poet and that she’d write a poem about Team Canada everyday. They said it was a great idea. It’s the classic example of you won’t know unless you ask. I’ve seen her at readings, and she says that like any great job, it’s one she had to create for herself. 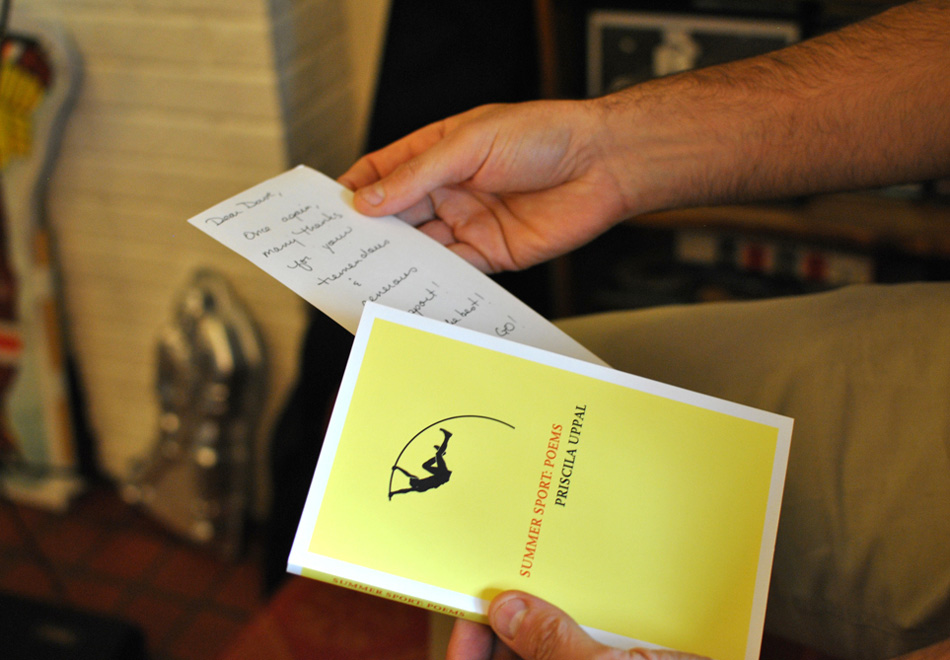 So she ended up going to Vancouver, and any time a Canadian athlete would win a medal, they would have a little ceremony and the Canadian enclave—I think it’s called Athlete’s House?—anyway, they’d have their medals, the head of the committee would introduce them, and then Priscilia would read a poem. She says that the curlers would parade her out of the room on their shoulders, and people would weep while she read. So she got to go to London and do it again. I think all her books are delicious. 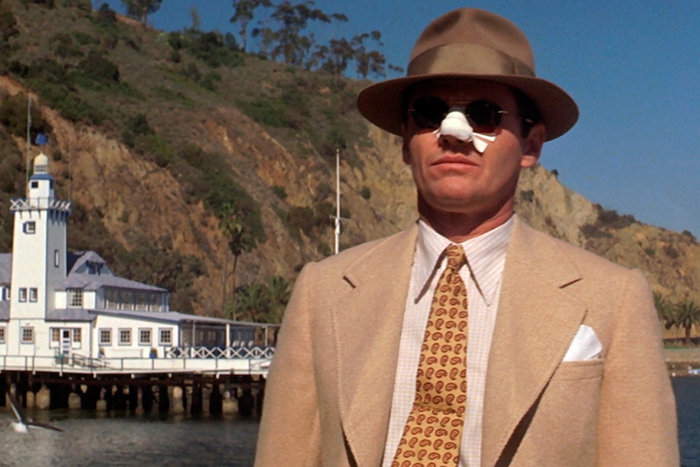 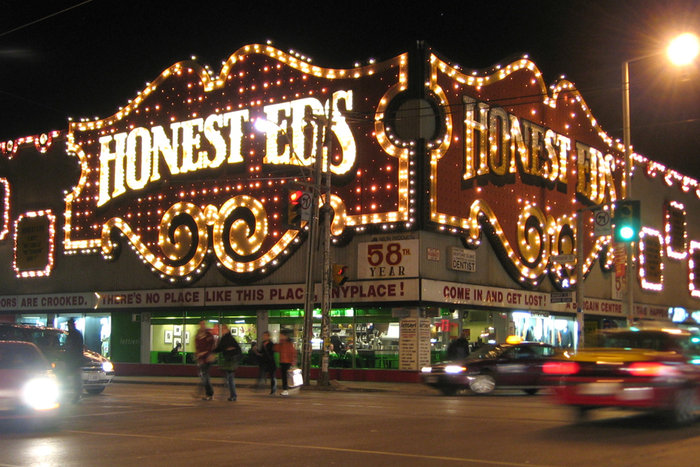 Society
The Last of Its Kind: On the End of Honest Ed’s