Can I Tell My Crummy White Man Boss To Shove It? 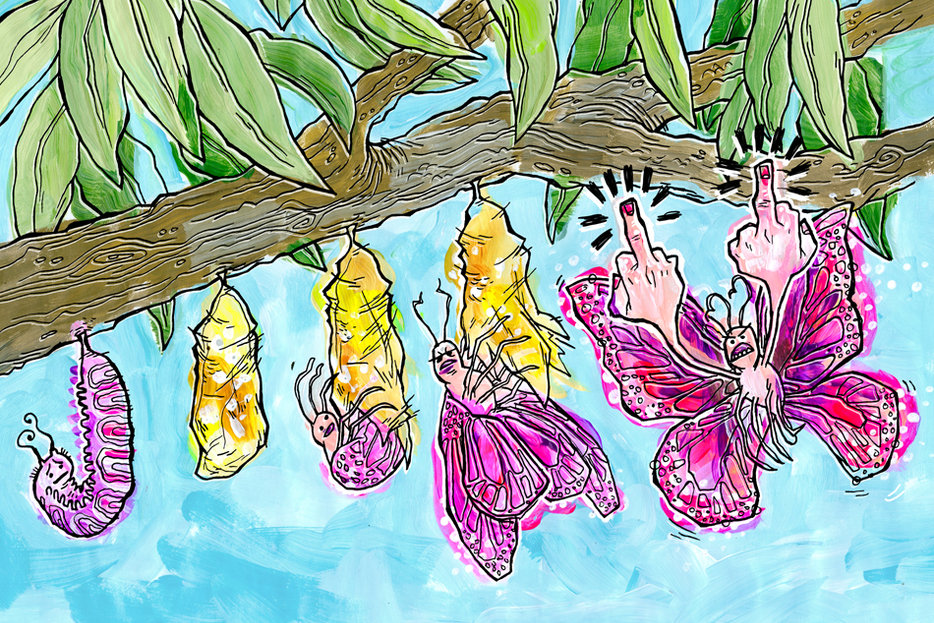 I’ve been working at my current job for almost three and a half years. I brought up the issue of getting more responsibilities and being more involved to my boss. I also asked for a raise. I did what I thought was the active and the right thing to do as a young woman of colour working in an industry that oppresses people of those two backgrounds.

My white male boss always told me the same thing at those times: he said that I wasn’t ready, that I was overly confident, that I was an asset to the company, and that he was very invested in me.

I don’t think that confidence is a bad thing for a young woman to have. I don’t think that I am “not ready.” I’ve been in this business since 2010. I am 28 years old now. The part about being invested in me does not reflect in my salary. I am never given an opportunity to showcase my talents.

The last time I spoke to my boss about wanting more tasks here and to be taken more seriously, he said that I was “not indispensable.”

After that, I made a decision to do the absolute bare minimum at this company. I also immediately applied to 6 master’s programs. I got into 5. I’m going to leave this company in August after I save enough money.

I do not want to give my boss the convenience of two-week’s notice. I want to quit on the last day I want to be here at this company. I want to tell him that I am leaving the company because of his rude remark, and how that affected my work ethic drastically.

Am I being unreasonable?

Well, I suppose that depends on what you consider reasonable.

Have you been on the Internet in the last few days? Kate Burnham, a Toronto pastry chef, is speaking out about abuse and harassment from former male coworkers at upscale eatery Weslodge. Does that seem unreasonable?

Few places are adequately equipped to deal with oppressive structures or managers in a way that gives everyone a reasonable (that word again) shot at opportunity. Every industry has people in power imposing a set of unreasonable standards designed to oppress people lacking agency. So when your boss tells you that you’re too confident for your skillset (I’m very curious to know if he ever said it to his male employees), you’re conditioned to feel like you’re being foolish for asking someone to respect your ambitions, rather than recognizing that maybe your boss is the human version of a sentence starting with “Aaaactuallyyyyy…”

To combat the industry sexism that has come to the fore in the wake of Burnham’s statements, restaurant owner Jen Agg (Who is also a Hazlitt contributor, have you heard of Hazlitt? It’s a great little website, you should totally read it) is organizing a conference on sexual harassment in kitchens, and people on Twitter are asking if she’s being unreasonable. So. Maybe a better question isn’t to ask if you’re being unreasonable. Maybe you should ask if they are.

But, look, I’m an asshole, so most of my advice regarding interpersonal issues falls somewhere between “Never speak to this person again and pack your bags because I think you should live under the sea and make friends with some sassy moray eels who won’t call you a slut, Brenda,” and “CUT UP THEIR BODIES AND THROW THEM IN THE RIVER.” Sometimes I am a bad person to ask! So I asked someone else for you: Reva Seth is a lawyer, the author of The Mom Shift on women who return to their careers after having children. She also wrote a rather devastating article about noted manspreader (probably) Jian Ghomeshi. She sounded very reasonable and stable on the phone. None of her advice for you and your struggle with your supervisor had anything to do with large bodies of water.

“It’s time to flip the framework on how she’s thinking about the situation,” Seth says. “Yes, your feelings are hurt and yes, it sucks when you realize just how pervasive our cultural unconscious (or maybe, conscious?) bias is. That said, she has an opportunity to constructively call out these issues. If you quit on the last day, no one will listen.”

Aha! Yes, this is the one big advantage to quitting a job like an adult rather than by pouring gasoline in everyone’s ears. It’s possible that your boss doesn’t know he’s an asshole and needs someone to tell him accordingly. There’s a good way to do this: when you give your notice, ask for an exit interview and collect your thoughts in a coherent manner. Explain what kind of feedback and support you were looking for, what kind of behavioral patterns diminished your willingness to work, and any concrete examples of being held back or abused. It would likely be useful, for example, to tell your company that your immediate superior couldn’t even acknowledge that you’re a needed member of the team. There’s no grey area on that: it’s all bad, and they should know. Did you feel like you were targeted because your boss didn’t seem to like women? Was he a jerk to anyone who appeared to be a visible minority? Did he routinely promote other people ahead of you who were maybe white, maybe male, certainly less qualified? Or was the problem not so much systemic as it was specific to this particular boss? If you quit without giving notice, it makes it a lot easier for your boss to write you off even further. (Besides, without knowing the details of your contract, neither Seth nor I can offer a legally acceptable answer to a last-day departure quandary. There’s no advantage to quitting your job without notice, only to realize that your paperwork dictates that you now owe your loser boss all your molars.)

Be flexible but strong. You are the elastic waist of my warm-weather jeggings—stretched to its limit, but respecting its own boundaries.

The good news is, you’re in a pretty good position, better than most people who are trying to tolerate a crummy boss. You’re going to graduate school, assuming you have some means to handle it. You have an exit plan that takes you through a relaxing summer where you’re required to do no more than the basics at your job, and then you’re free. A lot of people can’t do what you’re doing. They put up with heaps of abuse and bad behavior because they have to feed babies or keep the electricity on. “It’s the shitty reality that if you have to pay your bills, you have to manage it,” Seth says. “Isn’t it insane that we’re still here?”

Yes! It is! Everyone get into the river!!

I want to be able to reassure you that it’s only once in a woman’s life that she has to get the hell away from a shitty boss, or someone who will underestimate her, or someone who won’t even give her a shot. But you know I can’t say that. It will happen again, and you will feel like this again, and you will have to evaluate what to do again. The good news is you’ll likely be in an even better position than you are today.

But I am all for self-reflection. Before you fall into this trap again—because, really, you will, and it will make you so mad, possibly angrier than it did before—consider how you can be kinder to yourself when it happens. Don’t ask yourself if you’re being reasonable, ask if you’re doing the best job you can and if that’s being recognized. Be flexible but strong. You are the elastic waist of my warm-weather jeggings—stretched to its limit, but respecting its own boundaries. Did you work hard? Did you take care of yourself while you did it? Did you try to leave the place a little better than when you found it? That’s what’s reasonable.

Enjoy the rest of your summer. Steel yourself. Save some money. Then tuck yourself into a feminism cannon and shoot yourself into another galaxy where men give birth through their dick-holes and women are constantly topless and no one cares. We will build this world, you and I, and all we will worry about is what shall be the song of the summer. Do you realize it was “Fancy” last year, and “Blurred Lines” the year before that? What the hell were we doing?? Women, this is our chance. All we need to do this summer is fuck up the patriarchy and make “Trap Queen” our seasonal jam. 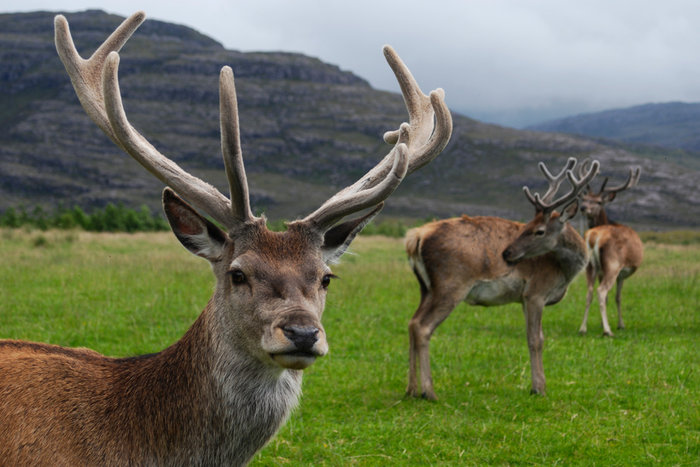 The Masticator
Murder For Lunch
Now that I was once again omnivorous, I wanted to watch a deer get turned into meat. 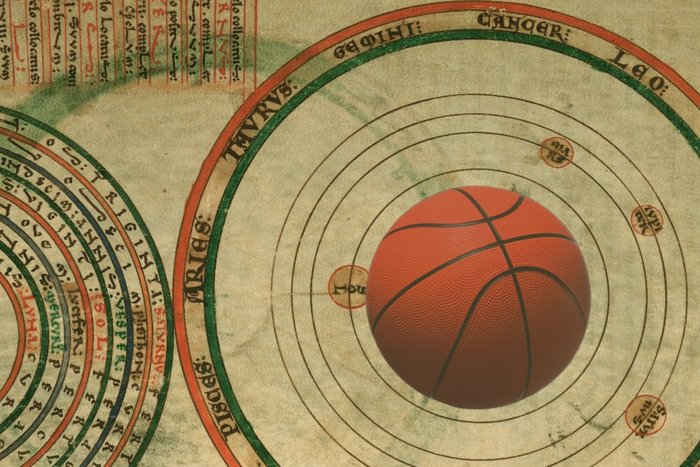 Sports
Mercury in Gatorade
Despite the rise of analytics in sports journalism, we still talk about basketball as though it’s magic.