Against Saul “Canelo” Alvarez on Saturday night, as happens in most every Floyd Mayweather Jr. fight, the fans started berating the challenger. It usually occurs during the middle rounds, after the initial nervous energy from the boxers has burned off and the fight has settled into a slow and predictable rhythm. Mayweather stands in front of his frustrated opponent, his hands poised to strike, while the man across from him seems frozen, his gloves fastened to the side of his head, unwilling to throw a punch at Floyd and unable to avoid the punches coming at him. It’s as if the matter has been settled despite half the contest remaining, as though there is an understanding between the fighters that Floyd won’t hurt them too badly and they won’t do anything crazy like actually try to beat the unbeatable champion.

“Do something!” is the most common advice frustrated fans give when watching someone they’ve invested in fight Floyd. Either that, or the slightly more refined, “I’d just throw a bunch of punches. He doesn’t hit that hard and you’re going to lose anyway.”

You wouldn’t just throw a bunch of punches, though. Your eyes would start tearing after the first jab landed on your nose and you’d turn your back and cringe. In no other endeavor is the impulse to place oneself in the participants’ position as egregious a vanity as in boxing. Boxing is really hard, unfathomably hard, and that’s part of the reason Floyd has never been loved by the fans.

Because it’s never hard for Mayweather. On Saturday he fought Alvarez, a man thirteen years younger and weighing about fifteen pounds more. Canelo was the recognized junior middleweight champion—154 lbs.—and, despite being relatively inexperienced, many expected him to be Floyd’s toughest test in recent years. Though a three-to-one underdog (actually fairly close for a Mayweather fight), it was thought Alvarez’s size and combination punching would trouble the aging champion.

Alvarez was undefeated and the sport’s hope for the next marketable Mexican superstar. It normally takes years to build a fan base and dedicated following across the cable networks, but Alvarez is blessed with a high-contact style and memorable hair that has made him an instant attraction. With broad shoulders, an almost comically square chin, and that rare red hair, Alvarez certainly looked the part against the superbly fit but comparably slight Mayweather.

It wasn’t a contest. Floyd was in control for every moment of the fight. One judge insanely scored the bout a draw, but most observers had Mayweather winning nearly every round. The final punch stats had Mayweather landing twice the amount of blows as Alvarez, but even that doesn’t really express the mastery that Floyd exhibited.

Even when on the ropes and seemingly cornered, he would slip punches or catch them with his gloves before countering with his own stiff shots. Not only faster and more accurate than his opponent, Floyd has no fixed rhythm to adjust to. When one technique stops working, he switches to something else, then something else again—it’s mentally exhausting to fight Mayweather—until finally his confused and outmatched opponent finds it more prudent just to stand there than be punished by Mayweather’s accurate counters. Alvarez seemed to accept his fate, growing almost docile during the middle rounds. He got frustrated at certain points, hitting Floyd low and trying to bash him with his shoulder, but was mostly content to last the distance with his dignity intact. After the fight he explained, “I couldn’t catch him. I didn’t know how to get him. It’s as simple as that.”

Which is not an indictment of Alvarez. He rightly called it a learning experience, and will continue to draw fans, and may one day be a great champion. Against Mayweather, though, he was no better or worse than so many others he has cooly tamed.

One of Floyd’s frequent refrains is “all work is easy work.” For the most part it’s been true over his fifteen years fighting for world titles across five different weight divisions. He has the remarkable ability to turn world-class opposition into sparring partners, a seasoned pro content to work up a sweat against an eager amateur and slapping them back into place whenever they get overly frisky. Among recent opponents, only Ricky Hatton and Victor Ortiz seemed unwilling to take their lessons in stride, and Mayweather responded to their desperation by knocking them out.

Mayweather has simply cruised along, win after win, year after year. While generations of boxers have retired and emerged since his appearance on the world stage, he has remained unchallenged. Floyd has been the biggest draw in boxing since defeating Oscar De La Hoya in 2007, culminating in this weekend’s fight in which he received the largest guaranteed purse in boxing history, $41.5 million.

But while he has been well remunerated for his work, love has been harder to attain. Floyd’s constant references to his financial success (he gave himself the nickname “Money”), history of domestic incidents, and almost performative narcissism have infuriated boxing’s older-skewing fans and writers. He has always been more natural playing the heel, arguing correctly that even if fans are paying to see him lose, well, they’re still paying. His fighting style and conservative approach in dealing with outmatched opponents have drawn boos and mocking nicknames like “Mayrunner.”

In front of a sellout crowd dominated by partisan Mexican fans on Saturday night, though, one began to sense that things have changed for Mayweather. While he’ll never be the blood and guts warrior overcoming impossible odds, a grudging respect seems to have settled in. No one booed as he nonchalantly swept round after round. Alvarez, for his part, wasn’t criticized nearly as much as Floyd’s recent opponents.

Whether it’s the slightly less aggressively boastful Floyd that seems to have emerged from a short prison stay last year or simply the unavoidable respect and familiarity that comes from watching someone in public for so long, Floyd seems to have transformed into … maybe not a hero, exactly, but something close to that: An institution worthy of awe and admiration. He’ll never be the people’s champion, but he is, finally and completely, the sport’s champion. He is worthy of comparison to any of the great boxers in history, any of the great athletes in any sport. It’s a rare gift to see a true genius in real time, a sportsman so talented that he doesn’t so much engage in contests as performances. He’ll lose eventually, but it will be because of his inevitable physical decline, not an opponent with a superior set of skills and gifts. Until then, it’ll just be more easy work.

Floyd Mayweather is impossibly good at something impossibly difficult. Even his harshest critics have finally forgiven him for that.

Avi Korine is a screenwriter living in Nashville, Tennessee. He has written about boxing for The Sporting News, FreeDarko, and The Classical.

Society
Quebec Is Not So Secular
Parti Québécois’s Charter of Values is being sold as a score for secularism. A recent study, however, shows that Quebec… 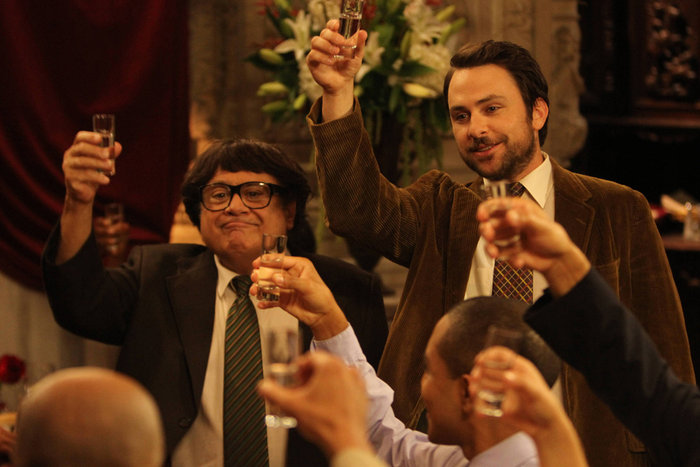