The fourth and final installment in our fiction series, wherein we’ve asked four authors to write a short story inspired by World War I. Commissioned in partnership with the Globe and Mail.

Johanna Skibsrud
Johanna Skibsrud is the author of The Sentimentalists, which won the 2010 Scotiabank Giller Prize. Her most recent novel is Quartet for the... 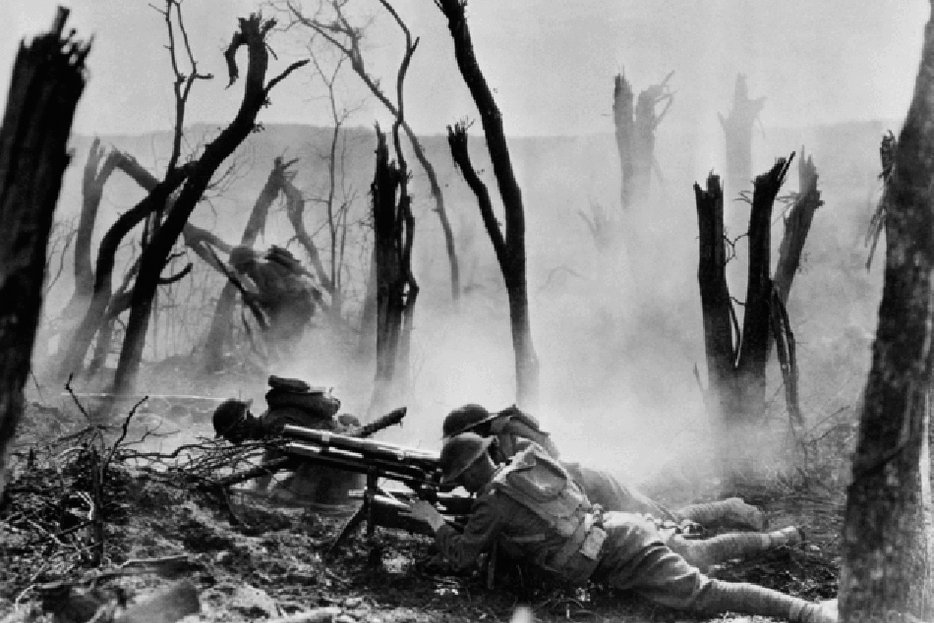 My father had been part of the famous Lost Battalion, one of 554 men of the 307th and 308th infantry who walked into the Argonne Forest. Only 194 walked out. Everyone else was killed, wounded, taken prisoner, or otherwise disappeared.

He found God in those woods, he would always afteward say. Standing in full dress uniform at the front of the revival tent, on the makeshift stage my brother and I had hammered together mere hours before, he would shout, “I was lost! But now …now I’ve been found!” He would work himself into such a fury as he spoke that it was difficult to tell, sometimes, where he left off speaking of the Meuse-Argonne offensive and began speaking of the fire and brimstone that awaited the unlucky in hell.

My brother and I would run through the crowd holding our empty hats in our hands. On good days we would feel them get heavier.

“And did we surrender?” My father would ask, shaking his fist at the air. “We could not help but doubt, but did we—even once—think of surrendering to the enemy, though they had us surrounded on every side?”

Our hats grew heavier and heavier still. So I came to understand, and from a young age, that there is a cost to everything, even the opening and closing of the human heart. It is an invisible cost, but it is a cost nonetheless. That knowledge, gleaned from the words of my father as they became physical objects I collected from the crowd—my first lesson in the simple economics of the human soul—has stood me in good stead, even now long after I have ceased to believe in the words, in God, or in my father.

For as long as I could remember, it had been my father’s custom to escort one or two of his most devout followers—of the female persuasion—to our tent at night. With these young devotees we shared our evening meal, and my father would relate a story or two from the time he had spent in the Argonne forest. Not “lost,” he would say—at least not in the usual sense of the word. “Oh no,” my father would sigh, “we knew exactly where we were the whole time. And so did command headquarters, and so, too, did the Germans. It was because of this, after all—because everyone in the world knew exactly where we were, including the enemy—that we were lost. As in,” (here my father would pause and, without any trouble, seek out the eyes of the faithful) “desperate. As in, beyond hope.” After dropping his gaze, he would continue brusquely. “Our mission, however,” he’d say, “was to hold our position at any cost. Though we knew we had been cut off—that we were now surrounded by the enemy on every side. Though we could hear the voices of German officers as they called out roll in the morning … ! All day long we were barraged by enemy fire. Men dropped silently. Screams were swallowed, or stuffed in mouths like rags. There was no mess call, as we had eaten all our food, and it was bitter cold without our winter garments, which—in order to aid our travel—we had purposely left behind. We had only our weapons and two pigeons—the second-to-last of which was released before noon.

Our message was simple: “Cannot support be sent at once?”

Almost at once, and very simply, it came. When we recognized our own artillery fire peppering the hills to the South, we rejoiced. But then a round landed in our own pocket. Then another, and another. There was nothing for us to do but dive into our holes and lay as still as dead men. Above us, the earth shook with the rattle and roar of our own guns. Our holes collapsed, burying some of us alive. Those of us who emerged did so to find that the heavy shelling had stripped away the dense brush and trees that had served as our only protection.

It was into this devastated landscape, toward a horizon empty of all but the barest of forms, that our last pigeon, the veteran carrier, Cher Ami, was sent with our final message. A message that (attesting again to the fact that we were and had never been lost in any physical sense) described our exact position along the 276th parallel, and concluded: “For heaven’s sake, stop it.”

We watched. All of us together, the living and the dead. Our faces turned toward the open sky as our only hope—our Cher Ami—flitted first this way then that, dodging enemy bullets as she went. She seemed to hover, rather than fly, as if suspended by our own desire. When she rested, taking what shelter she could in the lower branches of a blasted tree, we urged her on from below with words—then with a few well-placed stones. When she took off once more, flying directly into the enemy fire–” (Here again my father sought the faithful’s eye.) “We saw the impact,” he said. “Saw her stutter, fall—recover slightly—then, wavering, continue on, out of sight, finally disappearing from our view, like water evaporating slowly in air.”

It was always some comfort to me, after this particular story, to hear the commotion my father and the faithful made as my brother and I waited outside. I knew, you see, that if I heard my father’s grunts and the cries of the faithful, (who, even after my father had sworn in agony and was quiet, would continue to softly call out) that my father would soon be in a generous mood. But it was precisely into this comforting quiet, when just the pleasant, lingering sobs of the faithful could be heard, that—one night—the trouble burst. A light flared and a low murmur of voices grew to a muffled roar. Without a word, my brother and I crept together into my father’s tent in order to warn him—just as a gun, firing in the near-distance, did our work for us.

At the sound of the gun, the faithful—who just a moment before had been sleeping, blissfully unaware, at my father’s side—shrieked, and at that exact moment she saw us. Our eyes glittering, no doubt, like the eyes of animals in the dim light. I saw her naked breasts swing, and I recall thinking how unbearably heavy they appeared as she stumbled in the near dark, reaching blindly for her clothes. My father’s pale backside was visible to us, too. He lumbered up like a drunken bear, then stood gazing at us—our faces by now, and not merely our eyes, apparent to him as the light from the approaching torches flared briefly in our direction. Not half-lit, half fallen in shadow, but flickering; visible only half of the time. Now you could see us, now you could not. This was also the way that our father appeared to us. One moment he was illuminated—larger than life—and the next he had disappeared entirely from view. But as the crowd approached, there was less and less time in which we did not see him, and finally there was no time at all. We stood together, illuminated by an unbearable blinding light.

I had always known the way the story ended: my father, gazing up at the sky as Cher Ami made her final flight; the buzzer sounding in the pigeon loft at division headquarters; a signal corps officer peering in to see which of the little birds had arrived; his finding there none other than little Cher Ami … Imagine—it was nothing less than a miracle! Shot in the chest, blinded in one eye and covered in blood, she still carried her message.

I had, countless times, heard my father conclude the story in the following way: “And so, at last, our voices were heard, and we were delivered;” had heard him proclaim, therefore, the proximity between ourselves and God (whose judgment, he vowed, would soon be upon us). I had as many times heard him promise salvation to all those possessed of the courage and strength, like the 554 men the 307th and 308th infantry, NOT TO SURRENDER. And yet I had not, until that moment, realized … I did believe. I, too, was one of my father’s faithful.

But it wasn’t only belief that I felt then. It was more than that. I saw it. I felt it. The combined judgment of heaven and hell as it entered me, and just in that exact moment, I heard a voice outside and it spoke, saying, “We know you are in there, you son of a bitch.” And then the light by which we were illuminated burst in upon us, rending a gaping hole in the side of the tent that emptied not onto light, but onto darkness. We smelled the canvas of the tent as it began to burn.

From behind, my father gave both my brother and me a shove.

Hand in hand, we ran. We could hear the steady rhythm of our father’s breath as he followed behind, and I didn’t know if I was running away from him, or from the light, or from God himself. When finally we stopped, however, neither my father nor God were anywhere to be found, and I realized that the heavy, winded breathing that had chased me down the hill had been my own.

All night, we crouched, my brother and I, in the cold grass, which—as darkness gradually faded with the first light of day—became wet with dew. The dew gathered on our eyelids, on our bare elbows, on the ends of our noses, and we shivered and shook as though, indeed, the final judgment had come. But in fact it was only the dampness of another early morning, rising almost exactly like the last. 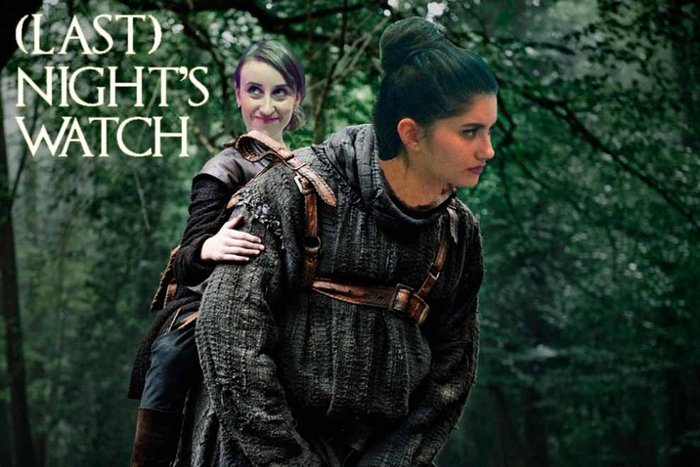 (Last) Night's Watch
Game of Thrones, Season 5, Episode 3: So Many Beheadings!
A weekly conversation between an avid Game of Thrones fan, and someone who has actively avoided it until now. 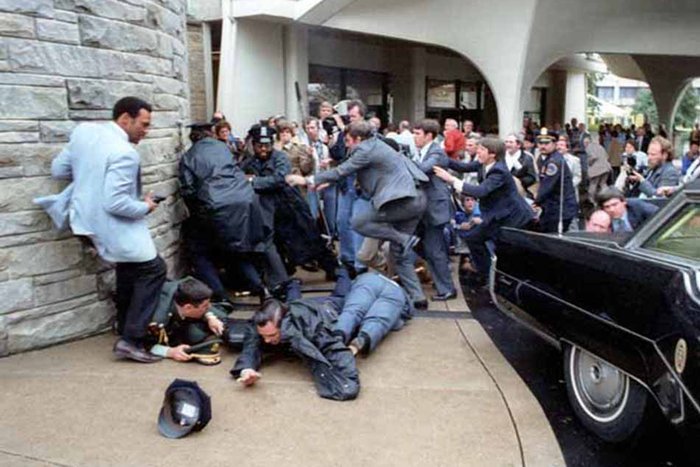 Society
By Reason of Insanity
Mental illness defenses in criminal trials have been controversial since the first acquittal. How does the law define…

‘Silence We Inherit and Carry With Us’: An Interview with Eva Stachniak
Christine Fischer Guy
The Goodest Girl
Anna Fitzpatrick