The Young and the Restless

Two new novels—Kenneth Calhoun’s Black Moon and Karen Russell’s Sleep Donation—depict epidemics of insomnia as apocalyptic nightmares, while revealing the true value of sleep: the chance to clear our heads and define our desires.

Nick Curley is the Senior Editor of... 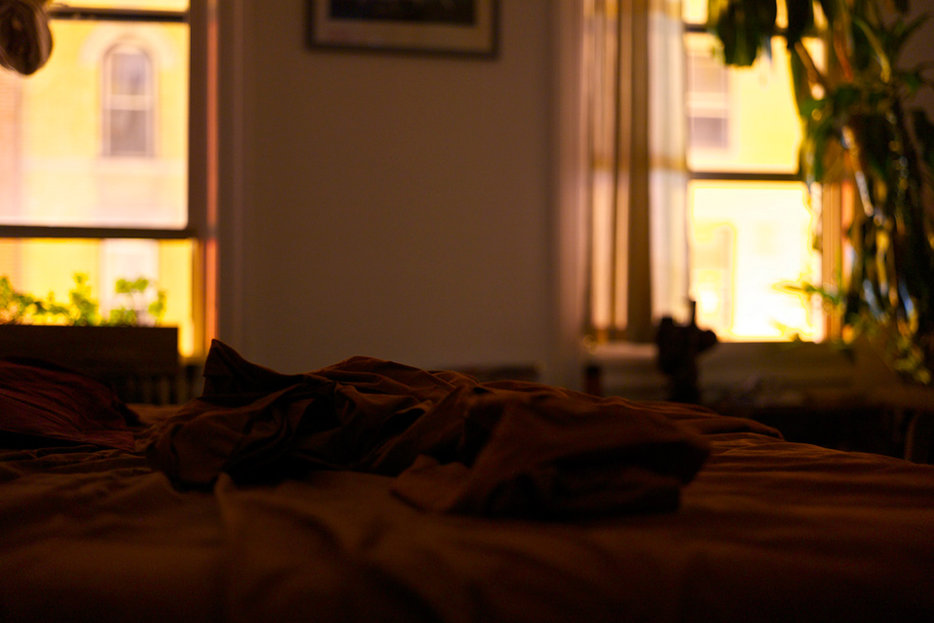 “People sleep peaceably in their beds at night only because rough men stand ready to do violence on their behalf.”
- George Orwell

In 1757, the French servant Robert-François Damiens was sentenced to death for his attempt to assassinate King Louis XV. As told in William A. Hammond’s delectably horrific 1869 history Sleep and Its Derangements (and later recounted in everything from Michel Foucault’s Discipline and Punish to Mark Twain’s A Connecticut Yankee in King Arthur’s Court), Damiens was the last man to be executed under French law via the gruesome act of drawing and quartering. Each of his limbs was tied to a horse, all four of which galloped off in separate directions, rendering Damiens a sanguine quartet of slabs. In the hours prior to his division, Damiens was doused with boiling lead, sulphur, and oil. Yet in these agonizing moments, Damiens frequently fell asleep, and had to be awoken by his torturers. At death’s door, he yelped to his captors that of all these agonies he’d endured, sleep deprivation was by far the most painful.

Two new novels—Kenneth Calhoun’s debut Black Moon, and Pulitzer Prize finalist Karen Russell’s fourth book, Sleep Donation—bring Damiens’s plea to a fever pitch. These books are in several ways intriguingly alike: in both works—released by young authors within three weeks of each other—havoc comes via epidemics of insomnia, bringing exhausted, raccoon-eyed citizens to their knees, sliding into place in a long history of literature in which sleeplessness drives a hero (or whole society) to sanity’s edge. Both of these additions to the insomniac canon carry singular value: Black Moon is a ghost story, Sleep Donation a hyperlinked PSA steeped in Greek myth.

Calhoun’s insomniacs share some DNA with the modern zombie, in their vicious attacks on anyone with the ability to still sleep. Such prejudice seems arbitrary, but no moreso than hating folks for their skin color or sexual orientation. America has deteriorated into a wasteland of mutilated livestock and cities overturned, ruled by sleepless hordes who ransack abandoned homes, woozily mistaking them for their own. A handful of searching loners, each working alone, fight back against the pale mob, but our heroes are all damaged goods. Readers of Cormac McCarthy or Stephen King will be familiar with the proposition: facing annihilation, our expert sufferers are those best equipped to stave off the Apocalypse.

Calhoun’s characters, though, were having a pretty tough go of it even before the world started collapsing. Former workaholic Matt Biggs searches among the afflicted for his seemingly bipolar wife Carolyn, who spent their marriage making darkly bizarre experimental films in solitude and waking Biggs up in the middle of the night to say of pregnancy, “What could maybe be unbearable is knowing that something was dreaming inside you.” Heartbroken undergrad Chase, meanwhile, struggles to shake off his own manic pixie dream girl, ex-girlfriend and cunning sleep researcher Felicia. Chase takes a bandit road trip to steal lucrative sleep medication around the country with Jordan, a twitchy lifelong pal who may be in love with him. Felicia is a little busy trying to save the world, in a secret laboratory of doctors from the Frankenstein school of medical ethics. Rounding out the gang is Lila, a high schooler who wears an owl mask to conceal her ability to sleep, hiding from any murderous insomniacs—her parents among them.

Pitting the misfits against the nightmare produces a gothic fantasy: just as the afterlife promises eternal happiness to the pious, yarns of suburban doom offer a mix of schadenfreude, justifiable despair, and superheroics without the spandex. Or, as Russell herself said in a 2010 interview with Rivka Galchen, “Sometimes I think that my secret yearnings for an epic, movie-huge omega of an ending must be directly connected to how boring it can feel to ride the elevator down to my basement laundry room with a dryer sheet and a bunch of boatneck sweaters from the Gap.” Chase, so depressed he’s nearing mental illness, doesn’t need treatment or medication: he just needs a chance to fight demons in the night. His girlfriend breaking up with him? A covert government conspiracy, or so he presumes. Calhoun’s weary crew seeks Hamlet’s “sleep to say we end the heart-ache and the thousand natural shocks that flesh is heir to.” Their story is the cold reversal of H.G. Wells’s The Time Machine and When the Sleeper Awakes (or Woody Allen’s Sleeper, for that matter), in which desperate heroes awake from a long, deep nap to find they’ve been transported to a fully changed world.

Black Moon’s sleepwalkers talk in cute primitive jive, like jazzy Ewoks. Says one such drone, “You give us that animal because it’s the way it works around here especially after you crashed up this person’s car so now it’s all crunked up.” Hearty exposition and sparse dialogue cause moments of decisive action to feel charged. Narration sways in and out of the third person, at times veering into the monologues of its characters, the effect carrying the dizzying, fragmented effect of odd dreams.

Calhoun associates his sleep plague with a cadre of modern ills, trying each on for size as the culprit: deceptive marketing, tech dependency, pill popping, impotence, corporate downsizing, oil spills, data collectors, mad cow disease, the Iraq War, lawsuits, divorce, and—in one passing allusion to 9/11—“the toxic ash from fallen towers, the ash creeping into our lungs.” But the real sleep depriver, suggests an insomniac named Jorie while staring into her kitchen sink’s drain, is some frenetic combination of all of the above:

“Who could have ever thought of it all and how did human living get so cluttered with detail? For a lucid moment, she believed that the epidemic was somehow connected to this accumulation of practical—not ornamental—details. A threshold had been reached.”

In these quieter moments, capturing how doldrums can cause us the most restless nights, Calhoun recalls the close of Sylvia Plath’s entrancing poem “Insomniac”: “The city is a map of cheerful twitters now, / And everywhere people, eyes mica-silver and blank, / Are riding to work in rows, as if recently brainwashed.”

Karen Russell’s Sleep Donation, meanwhile, is less of a race against time than a gauzy recede into extinction—what cinematographers call a slow fade. At a slender 124 pages, and only available in digital form, Sleep Donation concentrates its invention and impact into distilled aphorisms, encapsulating the buzzing calamity of today’s waking world.

Trish Edgewater is the best recruiter in the Slumber Corps, an organization tasked with acquiring sleep from volunteers offering themselves—or more often their children—as donors, just as we allow the Red Cross to drain our blood in exchange for orange juice, a cookie, and some do-gooder pride. Infants make the most potent donors: they have the purest, soundest sleep, and most parents are proud to volunteer their children for such painless procedures of sleep extraction. The best of these newborns—producing nocturnal gold—is “Baby A,” the infant child of Felix and Justine Harkonnen.

Trish works for the Storch Brothers, medical philanthropists who’ve made a fortune in toilet innovation. “To shit upon a Storch feels better than a visit to your chiropractor,” claim their ads. The Storches rely on Trish for her winning sales pitch: she’s the sister of Dori Edgewater, who at age 22 was one of the first people to die in the insomnia epidemic, years before the donation cure was discovered. With aggressive campaigning and slick video testimonials from satisfied recipients, the Slumber Corps has managed to save thousands of lives without ever charging any patient a dime.

In the Corps we have a sense of true intimacy and camaraderie amongst co-workers, brewed like some hybrid of Philip K. Dick’s A Scanner Darkly and FOX’s Brooklyn Nine-Nine. As in Dick’s best work, the weirder and more esoteric Russell’s story gets, the more familiar and relatable its world becomes.

Terror strikes when one fine day, a man known only as Donor Y voluntarily gets drained for sleep and kicks off a plague after a questionnaire meant to weed out donors bearing transmissible nightmares fails to pick up on the agonizingly bad dream that lives in his head. His donated sleep, distributed out to insomniacs in need, is so potent with fear that his nightmare becomes a fast-spreading virus. Whatever lurks in Y’s head is so horrific that those infected with it choose death by willful insomnia over a night’s sleep. Is he a terrorist attacking the Slumber Corps, or a well-intentioned guy whose disease wasn’t caught in time?

In Sleep Donation, insomnia is a concern of homeland security, Big Pharma’s makers and takers, hearts-and-minds lobbyists, and nationalist pride. It’s a “special kind of homelessness to be evicted from your dreams.” The donation of sleep becomes an act at once charitable yet steeped in loaded intent, not unlike any other donation to the sociopolitical cause of your choosing. Like the Wars on Poverty, Drugs, Terror, and Listicles, the “sleep crisis community” of Russell’s book is a party whose grave concerns make it all the easier to exploit, by those who capitalize and incorporate your insomnia in order to market material reassurances.

Every page of Sleep Donation prickles with inventiveness: Russell invents a near-future vernacular that feels prescient, words on the tip of our collective tongue. “Hyperarousal.” “The DSM-XII.” “Poly-sleep blend.” She mints metaphors with ease: “Eggy eyes, poached by his illness.” Powder put into a drink is “coagulating into tiny continents.” At times these conjunctions render alchemic effects, such as when an old man rejects Trish’s sales pitch, explaining “My wife just died, you see, and she’s saturated my sleep like coffin milk.”

When asked by the New Yorker what the first piece of fiction to make an impact on her was, Russell named John Wyndham’s 1951 sci-fi fable The Day of the Triffids, in which a species of venomous plant develops consciousness and nearly takes over the Earth. “I loved the apocalyptic stakes of the book,” said Russell. “Wyndham took an impossible premise and blew it up into a world that felt frightening and strange and indisputably real.”

A virtue of great science fiction is that it envisions where we’re going by telling us where we are. In both of these novels, it seems easier to solve a deadly contagion that it does to fix polarizing national dividers: plutocratic damage to the poor, the plight of the progressive left, corporate reign, the most severe prison state in world history, and a despoiled environment. While today’s political rhetoric suggests we can’t even agree on the symptoms of our disease, Calhoun and Russell both make imaginative, urgent pleas that it’s long past time to wake up.

Nick Curley is the Senior Editor of The Barnes and Noble Review and Associate Editor of Vol. 1 Brooklyn. 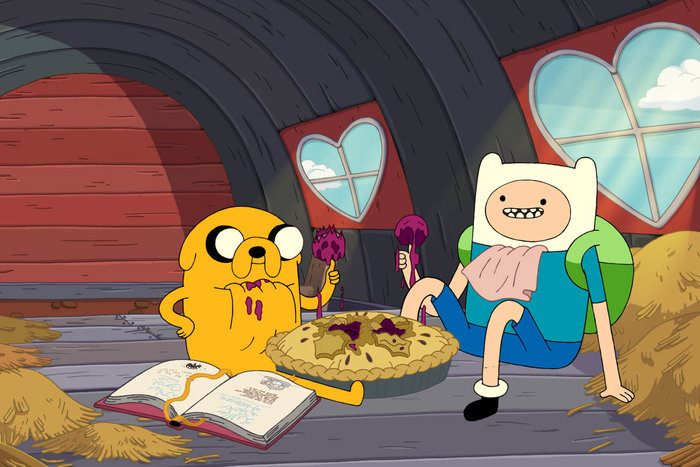