The Maze Runner depicts a world without adults: a giant maze beset by giant monsters. Is it a utopia? 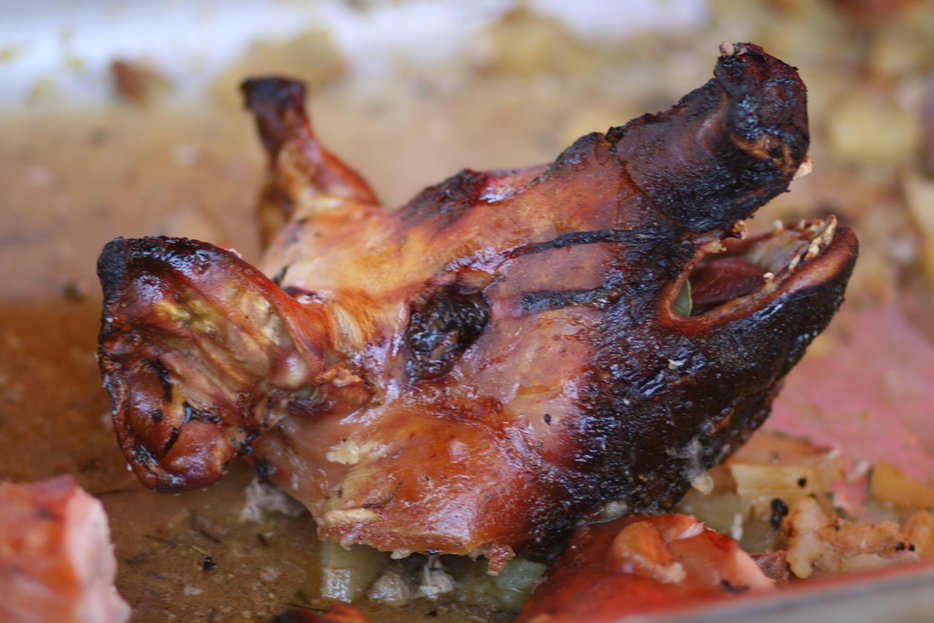 When director Wes Ball was asked to describe his recent film adaptation of the YA dystopian blockbuster The Maze Runner, he called it “Lord of the Flies meets Lost.” The movie shares Lost’s pace and sensibility, but the comparison to William Golding’s 1954 novel about marooned schoolboys who try to create a civil society but end up, you know, murdering one another, only works in the superficial sense. In The Maze Runner, characters don’t just survive without parental supervision; they full-on thrive.

The book the film is based on, written by James Dashner, is a thriller that reads like a videogame. It won’t—and shouldn’t—find its home in the literary canon alongside Lord of the Flies. But it’s written for kids, and it does its job. The premise is simple, and doesn’t need a lot of backstory. (Most of the backstory is relegated to the last couple of chapters, and involves the end of the world and a corrupt government and something something the sun exploding.) A group of teen boys wake up in an environment (dubbed “the Glade”) with no memory of who they are or how they got there. The only way out is through a giant, convoluted maze that rearranges itself every night.

Remember Cube? It’s like Cube. Oh, and the maze is filled with monsters. In the movie, the monsters kind of look like giant mechanical spiders, as seen in the 1999 steampunk Will Smith vehicle, Wild Wild West.

The Maze Runner won’t be studied in classrooms anytime soon, but damned if it doesn’t have its fans. For adults like Golding, a world without adults would be certain dystopia (as it is for A.O. Scott, who fretted recently about the Death of Adulthood in American Culture). But for readers of YA literature—kids on the brink of growing up, who must soon adapt to a world they’ve previously rebelled against—removing all the grownups is a kind of wish fulfillment, even if it leaves the kids stranded in PG-13 hell.

Recent years have seen a surge in adult-free dystopias. There’s Gone, Michael Grant’s insanely popular series (six books and counting, each one averaging some 500 pages) about the mysterious disappearance of everybody over the age of 15. Kass Morgan’s The 100, a story set in the future in which teenage space delinquents are sent to Earth to determine if it is habitable, was turned into a CW series starring beautiful, beautiful 25-year-old teenagers. The kids in these stories panic at first, but always adapt smoothly to a world that belongs to them.

Likewise, while the boys of Maze Runner are terrified and confused by their situation, they make the most of it. In the Glade, a society emerges in which everybody has a role; the kids work together to make their microcosm function in a way most public servants could only dream of. They grow their own food, kill their own meat, take care of their sick, and sit down to communal dinners every night. In the film adaptation, they also have their own fight club (because how could they not have a fight club). Nobody complains. Getting out of the maze is the goal, but mostly in theory—the boys talk about it, but don’t seem to believe it’s possible. Some of them have lived in the Glade for years, and nobody can remember life beyond it.

For a movie in which a bunch of children get murdered, The Maze Runner is, like the benignly brutal Hunger Games, fairly tame. There is no swearing (made up words like “shuck” and “klunk” are used instead). There is no sex. In one early plot twist, a girl named Teresa, described as both “stunning” and “hot,” appears. She is dropped into a group of hormonal teen boys, most of whom haven’t seen a girl in years, but although she is sometimes treated with contempt, nobody makes a pass at her—a scenario perhaps half as realistic as the Will Smith spiders. These are Good Boys, who don’t fuck or even understand the word. The real villains come from the outside.

It’s like Jean-Jacques Rousseau and Tyler Durden got drunk one night and mapped out their dream society together, getting increasingly carried away with possibilities (“And then? They’ll all live in perfect harmony amongst nature.” “And then? They’ll get in touch with their primal urges by punching each other in the face. Respectfully.”) As it turns out, the Glade sure beats the outside world, where the sun is exploding and the adults are oppressing. Though it may seem like a testosterone-laden dystopia, The Maze Runner really presents an idyllic boy’s club.

The Maze Runner, like Gone, like The 100, like many other young adult books being sold and greenlit and written as we speak, is a horror story. But the horror doesn’t come from the end of adults. That happens offscreen before the opening credits roll, to make room for the real story—the one about fight clubs and spiders and chaste interpersonal relationships. The absence of grownups is a plot device, not for adults to explore the state of nature, but to get the kids front and centre.

Young people think of themselves (like we all do) as the starring characters of their own stories. They would love to think of themselves (like many of us would love to) as capable of adaptability and resourcefulness, as beautiful enough to be played by handsome 23-year-old actors and cool enough to punch their best friends in the face, and be punched in return without crying.

Regardless of how many adults read them, young adult books are aimed at young adults, for whom adulthood is not yet a lived experience but an interference, a symbol: for the inevitable, for the oppressive. The terrors that teenagers face in these stories—isolation, monsters, impending apocalypses—can all be solved through an exhilarating series of fast-paced adventures. Adulthood is the real doomed fate.