Oral Authority: If Twitter is Dying, What Comes Next? 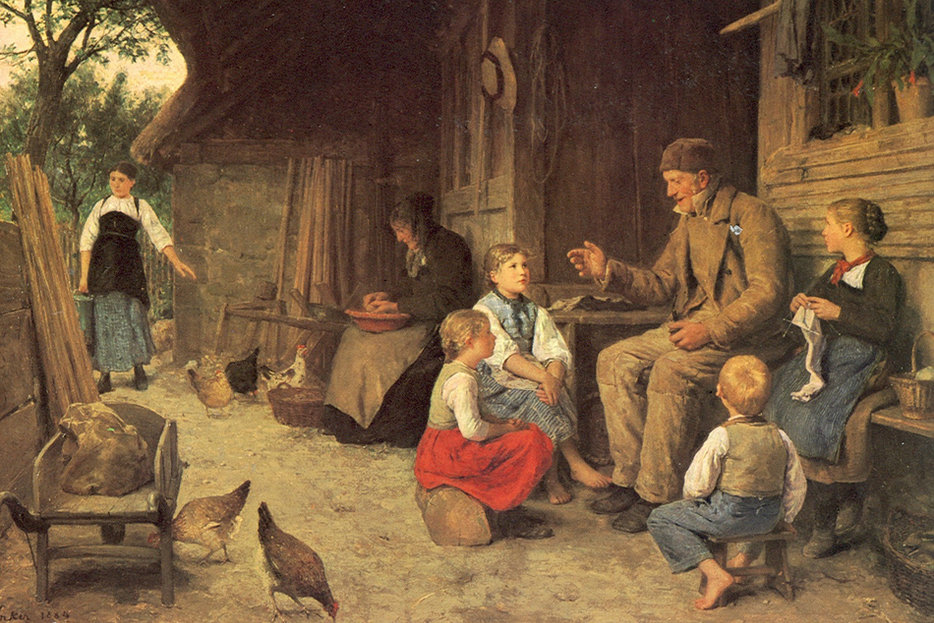 Social media is like a cultural oscilloscope. Use something like Twitter, and it’s like reading in real-time the pulse of a crowd as it ebbs, flows, and surges. It is, in many ways, akin to scholar Walter Ong’s description of oral cultures: immediate, more communal, and prone to what Ong calls “agonism”—a kind of deliberate contentiousness to stand out in memory.

Twitter, composed as it is of typed words, isn’t actually oral, of course. But thinking of the service as oral-like helps explain a great deal about it—not least of which is why it is, at the same time, both “dying” and more vibrant than ever.

That, after all, is the current, muddled state of things. On one side are those nodding their heads in agreement with the recent eulogy for Twitter in The Atlantic. On the other are those claiming that for countless communities, it’s a bustling town square and home for like minds—a platform that excels in giving voice to those who previously didn’t have one.

It’s just the oral-like nature of Twitter, though, that explains how both of these things are true at once: that yes, for some, Twitter is dying, while for others it’s thriving. When we think of the benefits and limits of Twitter’s oral qualities, it also gives us a sense of what might be coming next—that social media’s future is inevitably in a fragmented, smaller, oral-literate hybrid.

Ong’s greatest contribution was in laying out just how different orality really is. When there’s no way to externalize human thought in writing, disassociating it from specific people, the resulting culture is profoundly different. Everything from memory to problem-solving to passing things down through generations is marked by the need to speak.

Yet if Twitter as a literate tool doesn’t share those specific characteristics, it still evokes something of the oral. When the only way to communicate is to speak to another person, the way in which language fits into space and time is marked by a kind of immanence—a “nowness” that locates the social in speech between people.

Look at the stylistic conventions that have become popular on Twitter over the last few years: the dropping of upper case and punctuation, the context-free interjections, the mish-mash of disparate ideas, the humour that comes through invoking a cliché and then inverting the expectation. All of it speaks to the way in which the platform sits in this odd space of externalizing social discourse, but doing so as if it were a spoken conversation. It’s like sitting at a party where everyone is recording themselves as they speak, but trying their best to pretend it isn’t so.

What writing did was externalize that speech, as in a book, and what social media does is make it visible to many, as on Twitter. Yet as Twitter has grown, that very visibility has changed in its initial character—from a sort of in-community of tech nerds and media workers talking amongst themselves into a more bustling, acrimonious, diverse space. As tens of millions of users climbed aboard, Twitter became more obviously like life offline: composed of many different viewpoints that didn’t always sit easily together. Twitter, like everything else, is multiple things to multiple people, and people rarely agree on anything. To put it another way, some people once wanted Twitter to be a “literate” medium—i.e., one that acted like writing—but it’s steadily become more oral.

It’s that change which has led some—including the authors of that piece in The Atlantic—to lament how the sheer scale of Twitter now bleeds into one’s experience of it. Despite being able to choose who you follow, the simple fact that more people are using it means discussions will slip into your feed, turning it into a noisy town square, full of not only difficult debate, but increased noise and reduced utility. If you once wanted Twitter to be a place of pleasure, of hastily-thought-out but exciting ideas, of exchange with the like-minded, then its increasingly oral character might indeed be a thing to be lamented; the things you wanted to use it for—a kind of short-form combined version of the blog and its comment section—are becoming more difficult.

Very quickly, though, responses arose from writers such as Mikki Kendall, self-identified parts of “black Twitter,” and others who said that all this acrimony and noise was in fact a sign of the gatekeepers of both information and opinion having to share the stage with other people. The division, the pace, the outrage cycle—it wasn’t so much about a drop in the signal-to-noise ratio as a sign that the unheard had found a place to reverse that label, and world views were clashing in a way they rarely had before. What’s more, if the oral-like nature of Twitter “put the social somewhere,” then that same quality meant Twitter lent itself well to finding community, especially for those who’d previously had a tough go of it. It’s hard not to think that, in others’ critiques (and my own, too), there wasn’t a good deal of elitism, or at the very least tribalism: we liked our Twitter the way it was, and you people ruined it. The angered counter-response was chastening and absolutely necessary.

It’s not, then, that Twitter is “dying,” exactly—it’s that the early vision of what Twitter was has changed. The closeted, insular version that arose naturally has been replaced by something altogether more real: more diverse, more dynamic, but more difficult to manage, too.

These aren’t changes that have gone unnoticed by Twitter Inc. itself, either. The company just launched a mute button, which lets you silence someone’s tweets without the social awkwardness of them knowing you unfollowed them. Rumoured, too, is a “whisper mode,” a way to pull small groups of people from out of the morass and chat privately with only them.

It’s that last little tidbit that shows where this is all headed. It’s true that Twitter is increasingly oral-like, but it’s also true that it comes as a result of Twitter’s public, easily accessible nature: it’s free, open to anyone, and by default, anyone can see your tweets. Combine that with its sheer popularity, and it’s no wonder that Twitter is now both a more vibrant but also more difficult place than it once was.

What comes next, then, is not an alternative to Twitter, but a complement—something that, rather than being the buzzy public square, is smaller, more private, and that perhaps sacrifices some of the vitality and pace of Twitter for a more focused experience. Rather than Twitter’s oral “nowness,” perhaps what we need next is a bit of “now-and-then-ness”: a slower, less frenzied platform that lets us pull conversations out of the real-time stream, and have them amongst a more close-knit group.

It’s possible we’ve already seen glimmers of this on the publishing platform Medium. Recently, a group of some of North America’s best minds in tech writing started a joint not-quite-blog there called The Message. For all its blog-like qualities, though, it’s actually best thought of as a kind of micro-community that it just so happens outsiders are able to read—people talking amongst themselves for their own good. It’s a model for the thing that comes next because, instead of abandoning Twitter, it adds to it.

An exodus from Twitter would be terrible: a space where we are all forced to confront the vastness and complexity of life around the world is a remarkable challenge to the controlled narratives of “old media.” All the same, as Twitter’s limits for certain kinds of discourse begin to show, maybe something new to run alongside Twitter would be a way to round out social media—slow it down, make it a bit quieter, so that, at least in small doses, the readings we get from the oscilloscope aren’t quite so overwhelming. 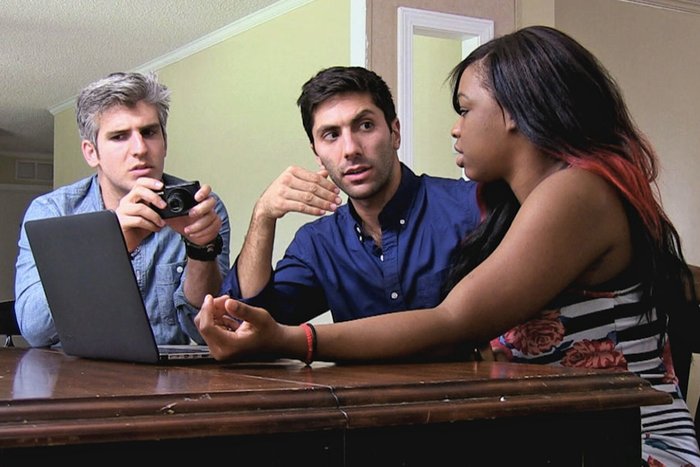 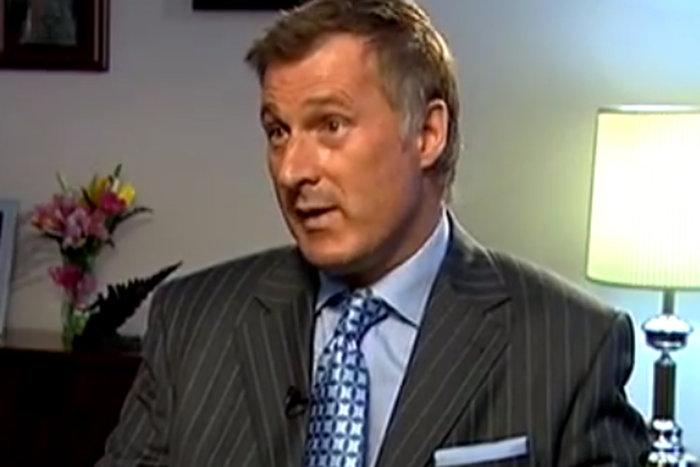