Two new films, Whiplash and Adult Beginners, make the same point: that real happiness means abandoning the obsessiveness required for greatness. Only one of them thinks this is a bad thing. 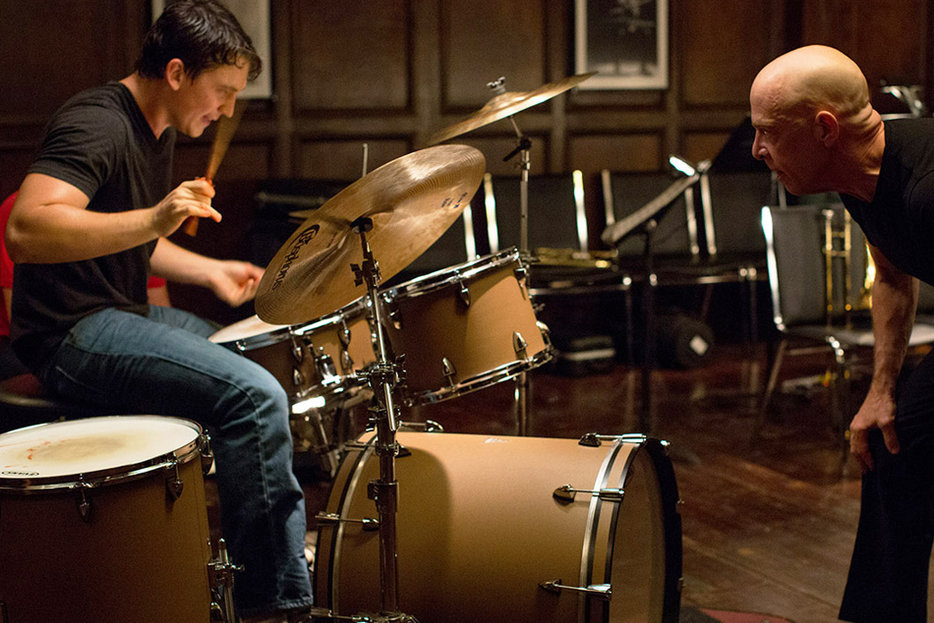 Those of us in creative professions have always been told that to truly succeed as an artist, one must breathe their form. In a recent piece in the New Yorker, Alex Ross quotes Beethoven: “Everything I do apart from music is badly done and stupid.” Obsession, the theory goes, is the necessary sacrifice one must make to genius.

In Whiplash, the new film from Damien Chazelle (which opened in Canada last month), Miles Teller plays Andrew Neyman, a jazz drummer at a prestigious New York school under the cruel tutelage of an abusive professor who is convinced that relentless torture is the only way to coax his students to the peak of their abilities. For most of the film you assume, with a sheen of panic-sweat on the back of your neck, that the moral of the story lies in choosing a well-rounded life over one of solitary, single-minded success. It does not. In the end, the crazy guy is right: The only way to be any good at something is to not bother trying to be good at anything else.

Adult Beginners, which screened alongside Whiplash at TIFF earlier this year, suggests an opposite formula for a worthwhile existence, positing instead that if you forego grandiose notions of achievement and settle for surrounding yourself with people who love you and provide you with emotional support, your definition of fulfillment will become more manageable. Jake (Nick Kroll) loses everything (his start-up, his fancy Manhattan friends, his apartment) and finds himself back in the suburbs with his family. Adultery, financial ruin, and not knowing how to swim are all forgivable offences in the film, which promotes an acceptance of life’s grey areas. There are no extremes here, just a soft embrace of the idea that life is perhaps not about working towards one moment of transcendent euphoria, but creating many small moments of joy. It’s the cinematic equivalent of falling backwards into the arms of a trust circle at theatre camp.

While Whiplash will inevitably be the more critically acclaimed film (and it is wonderful), Adult Beginners feels more modern, if in a somewhat dispiriting way. Call it the death of the one-page résumé: These days, we’re more likely to be told that success lies in being pretty good at a whole lot rather than being great at one thing. Sometimes it’s a necessity, whether you’re filling one job that used to be three, or filling out your rent cheques by working three jobs at once. The inability to steadily climb a career ladder is often chalked up to millennial laziness, but maybe it’s more about adaptation—survival of the adjust-to-fit. Both Adult Beginners and Whiplash tell us that, in 2014, you have to choose to either devote or diversify.

In this climate, there’s something pleasant about the notion of surrender. The world does not look the way it did 20 years ago, and perhaps the surest path to living with that is to change our idea of success. If careers can increasingly be measured in years instead of decades, is it time to slay the myth of obsessive devotion?

In Ancient Greece, thinkers were devoted to truth. In the middle ages, religious devotion dominated Western thinking. The Renaissance celebrated individualism and saw the beginning of the cult of the artist; this evolved, by the 19th century, into a “religion of art.” Factories had replaced craftsmen, but artists had become gods. “The celebration of the artist,” wrote Paul Barolsky in his book Dante and the Modern Cult of the Artist, “is one of the many defining features of modernity.” And out of that cult rose a generation of devotees, willing to burn everything at the altar of creativity. In Whiplash, we see Neyman sweat through his T-shirt and bleed through his bandages, drilling over and over for hours in service of that sacrifice. Whiplash is a hive of controlled chaos in which the unpredictable spark can be tamed in the name of genius. Drenched, Neyman immerses himself fully in his drive. His practice room is a monastery: He puts his relationships, his sanity, even his own life beneath his dedication to music.

This inevitable swoon to mediocrity is the very thing that Whiplash’s professorial antagonist Fletcher has spent his life beating out of his students. By the logic of that film, great artists are made, not born, and who you are is usually the thing standing in the way of you reaching your potential.

In Adult Beginners, immersion signifies something slightly less radical. Distracted by loftier ambitions, Jake and his sister Justine (Rose Byrne) never learned how to swim, and now must conquer their fear of the pool to help her son, and to forge other neglected familial bonds. The pool becomes a metaphor for giving up control, suggesting that any success Jake achieved in his previous life was not, in fact, the result of challenging himself, but merely finding purchase, sticking to solid ground where he felt he could succeed. By learning to swim, Jake and Justine submit to the scary surrender of control that is real life: They stop trying to craft the lives they imagined for themselves and accept the ones they have. From its first act, Adult Beginners suggests that chaos is inevitable: Life is unpredictable, yes, but the best you can do is just try to keep your head above water and hope for someone to hold on to.

As Jake settles into his new role caring for his nephew, it becomes clear that nothing about the life he once had in New York changed him in any fundamental, lasting way. He founded a start-up and did coke in lofts with a skeezy guy played by Joel McHale, but all of that falls away so easily when he returns to the place where he grew up. Comparing the two films becomes a consideration of nature vs. nurture: Whiplash suggests you can sweat your way to greatness, while Adult Beginners advises against sweating anything at all, because at the end of the day, you’ll end up the person you were meant to be anyway. It’s not the deepest of revelations, but that’s the idea: the film, down to its reliable beats and structure, insists that personal developments don’t have to be groundbreaking to have value. In this universe, learning to swim rates the same as performing an envelope-pushing, genre-defying drum solo. The metrics aren’t macro: it’s all about you.

This inevitable swoon to mediocrity is the very thing that Whiplash’s professorial antagonist Fletcher (J.K. Simmons) has spent his life beating out of his students. By the logic of that film, great artists are made, not born, and who you are is usually the thing standing in the way of you reaching your potential. Fletcher is a catalyst: he aims to free his students of anything that could interfere with their dedication, including a sense of self. There is an element of the divine here; the moment of genius is depicted in the film almost as one of surrender. Neyman seems possessed, the connection between himself and Fletcher shamanic.

Fletcher, though he may be right, is clearly unhinged. Like a crafty alcoholic, he rewrites the narrative of his relationships with his students to avoid any emotional responsibility. It’s a good deflection, the invocation of a higher purpose, and it illustrates the not-particularly-groundbreaking moral at the centre of Adult Beginners: that a desire for success is, ultimately, the same as addiction. McHale’s drug-addled party bro and Kroll’s fallen tech bro are held up as two sides of the same coin: unhappy men burying themselves in unfulfilling preoccupations to avoid the darkness that eats away at them.

For many, an obsession with art is the manifestation of something darker: artists from Baudelaire to Janet Jackson have discussed how their work has lifted them out of depressive periods. They lose themselves in their work to do just that—lose themselves, at least for a period. A creative project can be a place to house (or avoid) your darkness, your confusion, your pain. In short, the creative process allows the creative to process, and often, it’s more about need than want. Of course Neyman is incapable of reaching the kind of happiness Jake does: those who ultimately find satisfaction in the little things do so because they just couldn’t hack it. Devotion, then, is destiny, but in surrendering himself, the artist perhaps risks winding up on the wrong side of progress: as Adult Beginners suggests, anyone with a choice will diversify their investments to stay afloat. Both stories offer different versions of achievement, but the message is the same: Mastery is misery, and genuine happiness means abandoning greatness. If we lose the cult of the artist, though, will anyone be willing to put up with the pain of creation?

The director of Whiplash was, in fact, a music school dropout. His experiences training to be a jazz musician so traumatized him that he abandoned the form. But what does it say that, given the chance to rewrite history, he changes the ending? A film is, after all, the manifestation of vision and effort. An oeuvre of low expectations may be the inevitable artistic product of a generation of people labelled underachievers before they even enter the workforce, but it’s the dedicated obsessives who will fill its screens. 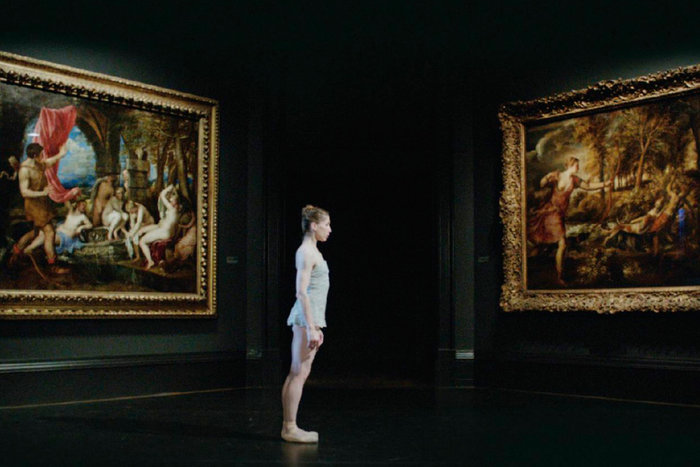 Film
‘If You’re Pretentious, Be Obviously Pretentious’: An Interview with Frederick Wiseman
The National Gallery filmmaker talks about cultural elitism, film vs. digital, and the challenges of bringing… 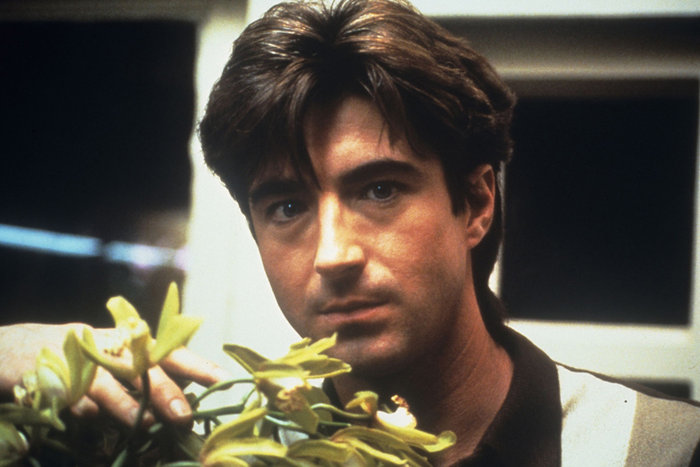 Unf*ck Yourself
How Do I Contribute To Society While Isolating Myself From Society?
On seasonal affective disorder, (still) sweating too much, and hating other people while also needing to pay your rent…