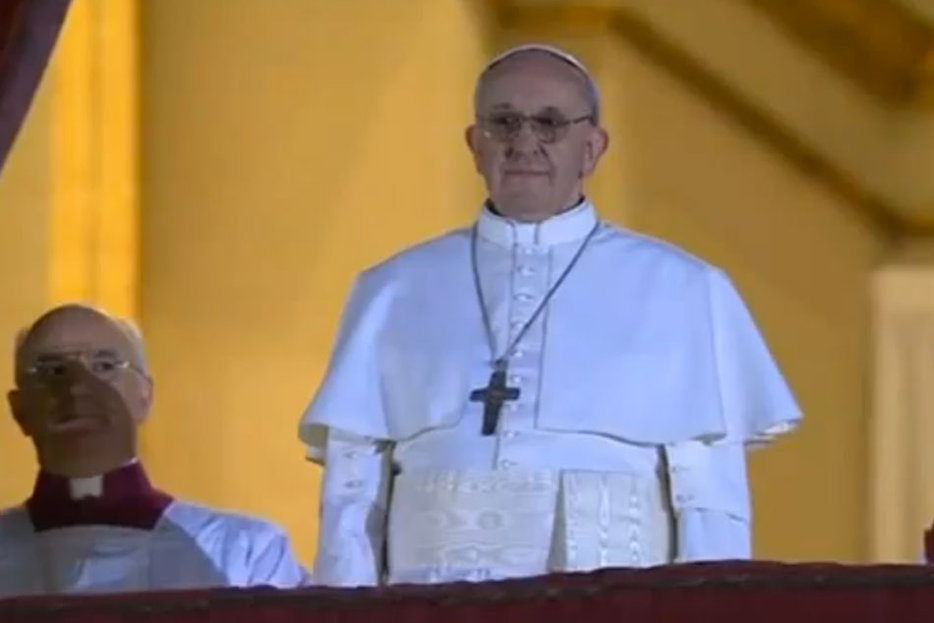 Habemus Papam! Yay! But, you know, to follow the press, you’d think it really doesn’t matter.

Since Pope Benedict XVI stepped down last month, we’ve had stories about how the smoke is made black and white, and why the Pope’s shoes are red. We read about a tailor making vestments in a number of sizes so that Cardinal Jorge Bergoglio of Argentina, henceforth known as Pope Francis, had something to change into in the half hour or so between the election and his appearance on his little balcony. We have stories about the voting. We know the Casa Santa Marta where they’re staying, near the Vatican train station, is more like a dormitory than a hotel, with cardinals’ sleeping areas separated from each other by curtains. We know that though they cannot talk to each other during the conclave, they can chat at meal time.

But, as we also know, there are 1.2 billion people in the world for whom this man represents a direct link to their god. And 40 per cent of us here in Canada are Roman Catholic, far more than any other group. The total count for all protestant denominations is about 30 per cent, the biggest of which, the United Church, accounts for less than 10 per cent.

Sure, religious people are interested in trivia as much as the secular next guy. If we have, as we have just had, a major financial meltdown, we can count on our media, print and otherwise, to give us cute stories about newly impoverished dogs, and Life section-style pieces about this or that person who did or did not heroically make it out in one piece through force of character or blind luck. But we also get stories that get at the heart of the matter—the banks, the derivatives, LIBOR and all the obscurantist substance behind those impoverished puppies and heroic double-job mothers.

Not so, apparently, with papal meltdowns, which is exactly what Ratzinger (I imagine he no longer gets to use his nom du pape) had when he flaked out of a status that has been universally understood for millennia (despite two prior resignations, one of which was worked into the original job offer) to be not a job you could quit but a transfiguration of sorts, a fact symbolized by the traditional taking of a new name. But all we got, and all we continue to get, are the equivalent of red carpet bits, stories about the Vatican bank, Vatileaks, Ratzinger’s assistant, where he’s going to live now, and potted biographies of various cardinals who may be the next Pope.

Because there’s not much else of importance going on here. The Pope, for all the 1.2 billion nonsense, doesn’t actually have much secular influence, except possibly as a landlord.

There are religious periodicals and blogs, of course, but it seems that for more than 13 million interested readers, some mainstream attention would be in order.

There used to be a lot of writing about religion in the mainstream. As recently as a decade ago, the Toronto Star had a religion editor. But these days, not so much. The National Post has the on-leave Charles Lewis and Fr. Raymond De Souza, the latter of whom seems to be more a gesture than a writer or a thinker, and Michael Higgins, whoever he is, in the Globe on Wednesday was laughable. So in the face of such huge—and potentially hugely relevant—religious news, the absence of specifically religious public discourse makes me wonder why.

It could be that we journalists are all too secular, a tribe of Ellen Arroways in a world otherwise populated by people who believe in a supreme being in one form or another. It could just be one more symptom of cutback journalism. But the breadth of the hole where our religious discussion about the papal succession should be makes me think it’s actually a case of the journalistic ecosystem responding to something more fundamental: The Pope doesn’t matter.

Much is made of the apostolic succession—that supposedly unbroken line of Popes descended from Peter, whom Jesus called his rock upon which his church would be built. But as many have pointed out before, Peter wasn’t a Pope in anything like the way we conceive of a Pope these days. You can go to the Catholic Encyclopedia and see that list of 266 names. But from John XXII to Eugene IV, or 1316 to 1447, you’ll see a list of appended caveats that this or that Pope was “opposed” by this or that other Pope, with no credible resolution as to which one, if any, was legitimate. (The first such “opposition” was actually in the third century, when Popes (now Saints) Callistus, Urban I and Pontain were all opposed by Pope (and also now, confusingly, Saint) Hippolytus.)

The occasional anti-Catholic will point to Alexander VI (the Borgia) or Pius XII (“Hitler’s Pope”) as an example of how unholy Popes can be, but the fact is that in the ways that matter most, they are not exceptions at all, but the rule. Popes have always been quite separate from the mass of the faithful. For a long time, he was simply Bishop of Rome, important, but not a factor in the daily lives of the rest of the world’s Christians. For much of the Catholic world before instant communication—that is, for the first 254 papacies, give or take the occasional antipope—Popes could be elected, strut and fret their hour, and shuffle off to their reward before the average Catholic knew much or anything about him or what he thought and taught.

The big things were always decided by the bishops in their councils, and those councils weren’t even always called by the Pope (the First Council of Nicea, for instance, was called by Emperor Constantine). That is, the representatives of the various branch offices got together and argued their various cases for this or that notion of the consubstantiality of Jesus, how wrong the Greek Orthodox were, or whether there should be another crusade. The result would be a consensus, not a papal fiat.

In light of this, it’s arguable that the only Popes who might lay claim to being significant leaders of a universal church are John XXIII and Paul VI, the ones who convened and presided over Vatican II. It was the first council not to discuss heresies, and the first to acknowledge the way the church actually worked, whether the hierarchy liked it or not. In convening it, John XXIII said “I want to throw open the windows of the Church so that we can see out and the people can see in.” Though many things came out of this council—like the possibility that non-Catholics, and even non-Christians, might get to heaven—it’s primarily known among Catholics as the council that gave us folk-singing nuns. There was a brief Catholic renaissance after this, with Catholicism and pop culture, in the form of folks songs such as “Put Your Hand in the Hand.” The Lord’s Prayer was set to the tune of “I Don’t Know How to Love Him” and strummed by nuns and sung by priests with hippie beards.

We’ve heard much in recent days about what a superstar John Paul II was, but the fact is it was he who once again led the church away from its followers, clawing back both the spirit and the words of Vatican II’s popular responsiveness. Those windows were shut, politely, and with great panache, but firmly, and they stayed shut with Benedict, who went so far as to say he’d be happy to see the church shrink rather than look at the teachings many Catholics are most troubled by, concerning things like birth control, masturbation, women in the priesthood or seeing people attracted to others of the same sex as anything other than “fundamentally disordered.”

Then there’s the sex abuse.

As the headline to that Higgins piece in the Globe said, the new Pope will “either reclaim, restore or renew Catholicism.” Great: Fill your Prada boots, New Pope. But I think those mainstream journalists have it right, whether they realize it or not. Your outfits and that smoke machine may be some of the most noteworthy things about this election. You don’t matter much; never have, never will, and your success will depend entirely on how well you come to terms with the fact. 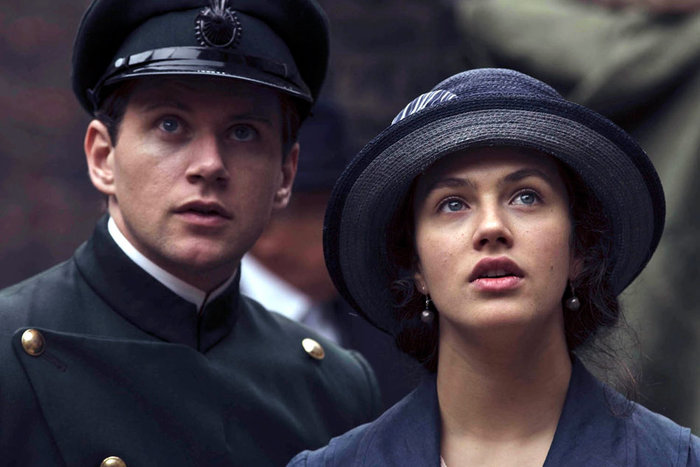 Studies Show
How Class Can Screw Up Relationships 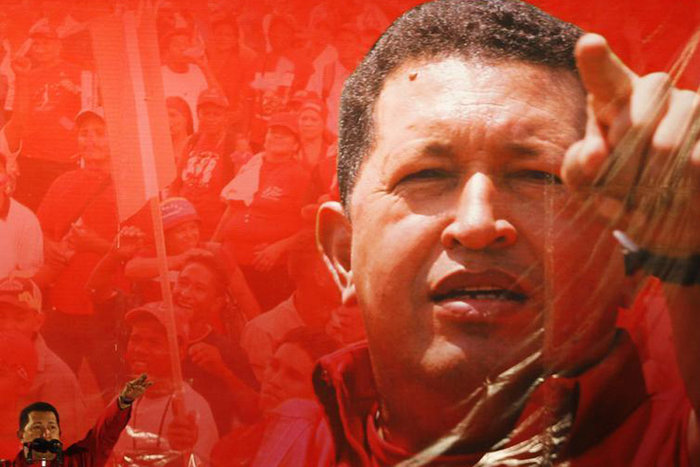 Excerpt
Understanding Hugo Chavez
In this excerpt from his book The Dictator’s Learning Curve, William J. Dobson looks back at the conditions that…