There is freedom that comes with the chaos of Athens, and that freedom is written all over its walls.

Megan Dolski is a Canadian journalist who has spent a bunch of time living and working... 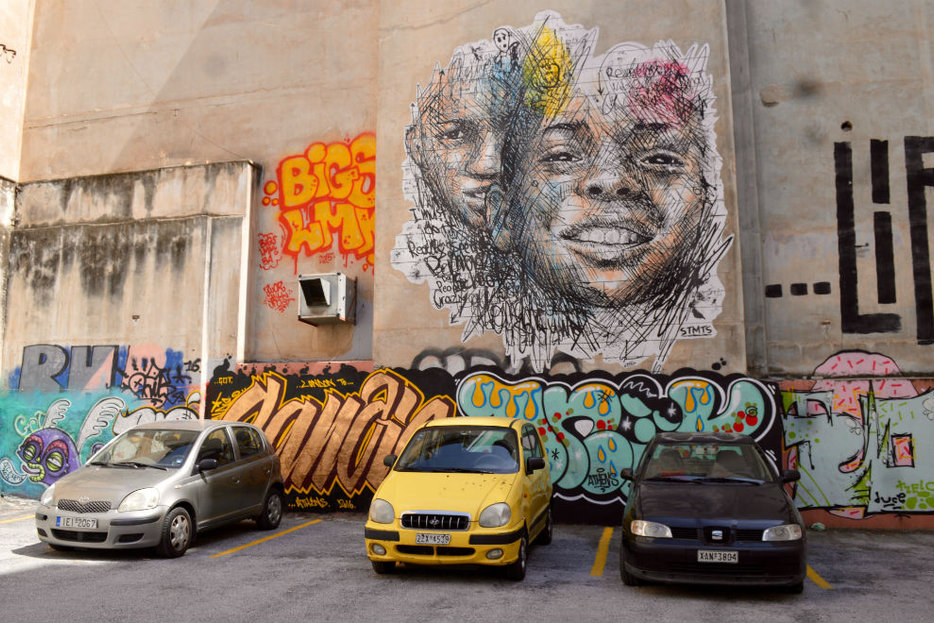 A freshly painted fat sailor is drying on a construction gate in Athens. The pudgy man cradles a mandolin-like instrument called a bouzouki in his huge arms as a tear drifts down his cheek. He’s an ode to rembetika, a tragic blues-y music embraced by Greeks forced from Asia Minor in the ’20s. These tunes used to fill Piraeus, the main port area of Athens, before the island-hopping tourists and the recent camps of refugees did. The Greeks would sit and smoke (lots of hashish) and listen to songs about their struggles—many didn’t have homes, or work. The music in the city’s touristy parts is kitschier nowadays, but some things haven’t changed. Dreyk the Pirate, the Greek street artist behind this fat man and the many others like him around the city, rolls another cigarette and slowly sips his coffee. “It sounds cliché, but people from Greece lost their hope because they gave the chance to a person, our leader right now, [Alexis Tsipras] to make a difference but he proved that he’s like the rest.” About a quarter of the country’s 11 million citizens is unemployed. Even after a series of bailouts, including a newly unlocked seven-plus billion euros, Greece is still a floundering financial mess. To keep its IV drip of bail flowing, the country’s Syriza-led government has rolled out unpopular austerity measures, even though it once said it wouldn’t.

That feeling Dreyk speaks of is written all over the city. The crumbling walls of Athens have been pasted, painted, stencilled, sprayed and tagged. It can be tough to find an untouched facade in some neighbourhoods. Politically, the city’s walls lean left. The anarchist circle-a, “migration is not a crime” slogans, and anti-austerity imagery are easy to find. But that’s not to say the art on the streets speaks for everyone: Greece’s far-right Golden Dawn party gained support in the country’s last election, finding particular popularity on the islands most overwhelmed with refugees. Lotek, a stencil-making street artist who has been living on and off in Athens for the past five years, said it’s not that no one with views on the other side of the political spectrum ever paints (a statement that’s a challenge to prove), just that when they do it usually gets destroyed. “We have more spray cans than they have,” they said.

Athens, according to Lotek, is both a “bit of shit hole” and “a great place to live”—there is a freedom that comes with the city’s chaos. “It doesn’t feel like there is a lot of state control, or any control,” they said. For street artists, that means working conditions are prime. 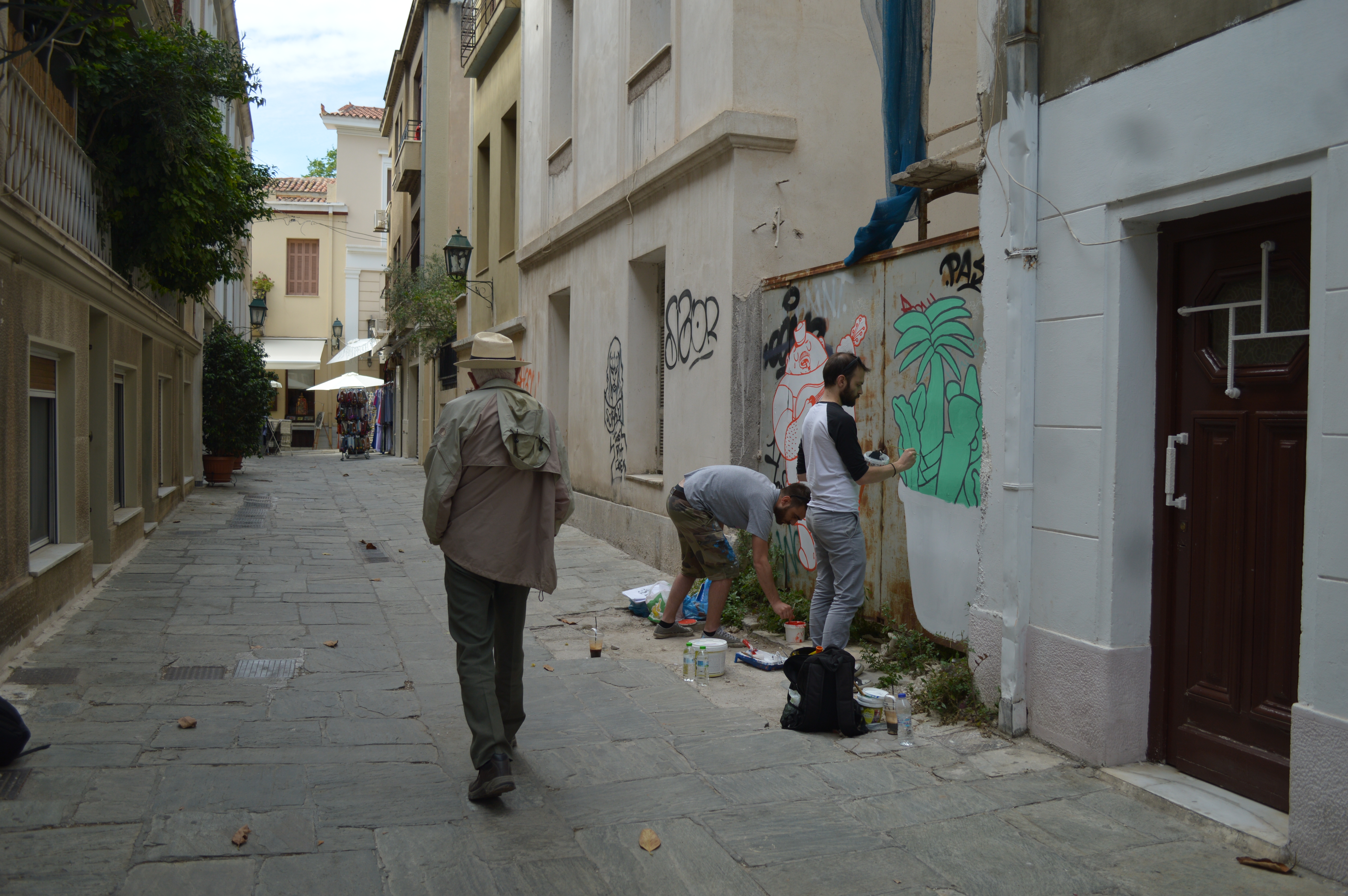 Graffiti is illegal in Athens, but police are only an issue when the art is overtly political. Artists say you’ll have an easier time painting flowers than a gas mask, and that matching a stencil to a protest’s cause mid-rally also might hit a nerve. Most of the stencils and far-left messaging are clustered in Exarcheia, a largely anarchist neighbourhood that’s only loosely policed. (A group of people recently spent their night blowing up the neighbourhood’s main square with firecrackers with no police intervention at all.) For the most part, illegal street painting isn’t too risky. “It is just really easy, really playful, you know,” Lotek said. “You can stand on the street corner and drink beer, put up a stencil and wait for it dry to put another layer and people are driving past and stuff and it’s no real big deal.”

Sonke paints swirly haired girls around the city, which he calls a feminist statement. He said he likes to work spontaneously, and keeps his spray cans with on him as he goes around town, in case he’s inspired to use them. He likes the free expression all around the city. Not having money, Sonke said, has made Greeks more romantic and able to enjoy the simple things in life.

Dreyk the Pirate tries to paint weekly, usually with his friend Antios, whose oeuvre consists mostly of plants (lots of cacti). Keeping art as a hobby, not a job, is important to him. Both Dreyk and Antios have backgrounds in graphic design, and treat their street art like a motivational gym partnership—“You know, one pushes the other, pushes the other,” said Antios, who was feeling a bit iffy about the cactus assortment he had just put up next to Dreyk’s teary eyed sailor. The pair tries to talk with people around them as they work, though don’t usually ask for permission to paint. “It might take one and a half hours, but we sit much, much longer than that. We talk with people, we smoke, you know,” Dreyk said. “Greeks have that habit.”

For Cacao Rocks, a thirty-year-old artist who lives in and operates out of his basement studio in the city’s Psirri neighborhood, working on the street can be a way to vent. “I just want to say some things and if I go out and scream what I want to say, people are going to think I’m crazy,” he said. “So I write them on the walls.” He likes to try and make art that differs from messages in mainstream media, to keep a healthy balance. Lotek feels much the same: they want to catch your attention. “I like this thing that you walk down the street and you see something that makes you think a little bit,” they said. 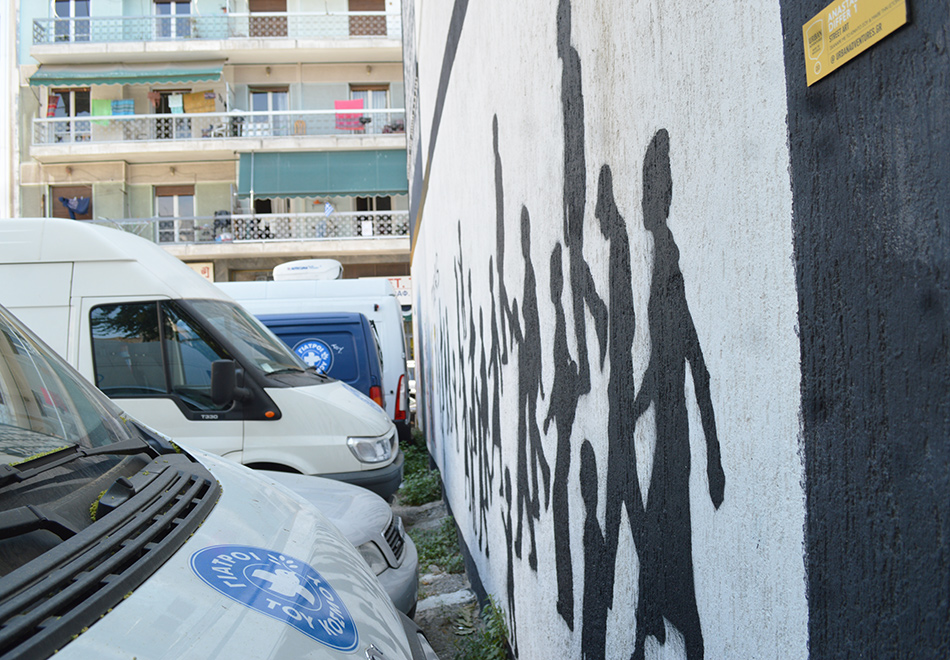 Lotek thinks the city’s walls resonate with many people. “There is a reflection of this kind of hopelessness that exists,” they said. “It’s not the street art that’s political,” they said. “It’s the city that is political, people here are filled with these things.” Antios had spent some time in Sydney and came back to Greece, homesick. He missed the lifestyle, he said, “not the quality of life.” For a street artist, Antios said Athens feels like paradise compared to more-restrictive Australia. His painting buddy Dreyk noticed a change in him when he came back. “He always finished first,” Dreyk said, explaining how jumpy Antios was the first few times they painted outside together again, often looking over his shoulder.

Megan Dolski is a Canadian journalist who has spent a bunch of time living and working outside of Canada. Her work’s been in the Toronto Star, the Globe and Mail, the Canadian Press, the Montreal Gazette, Maisonneuve and other places. 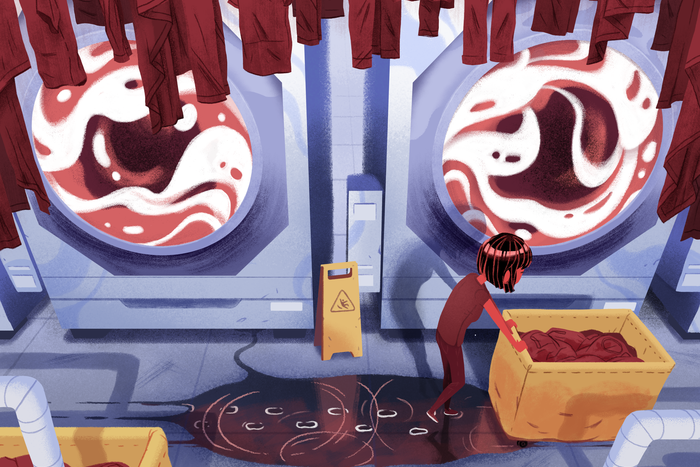 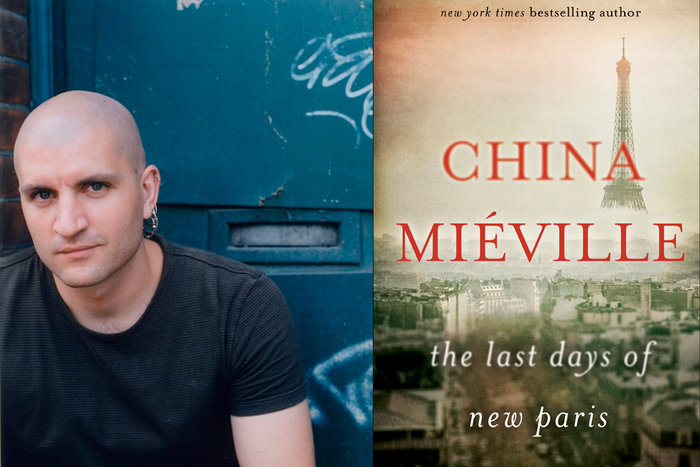 Interview
‘We Can Only Do Our Poetry Because We Are Also Fighting Back’: An Interview with China Miéville
Talking to the author of The Last Days of New Paris about applying a video game sensibility to fiction, redeeming and…

Graffiti, Through Grief and Discovery
Clement Gelly
Rothko at the Inauguration
Richard Warnica